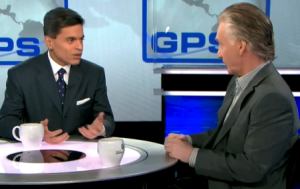 As U.S. troops prepare to leave Afghanistan, the Taliban stoops to an all-time low by recruiting confused, innocent kids as young as six to be suicide bombers.

A hallucinogen is so powerful that it’s banned by the U.S. government, but is the key ingredient in a witch doctor’s bizarre ritual designed to cure heroin addicts.

These are the kinds of stories – usually overlooked by mainstream media outlets – that will be presented on VICE, the news magazine series debuting this spring, exclusively on HBO. Hosted by Shane Smith, founder of the revolutionary newmedia company of the same name, the weekly show will be executive produced by Bill Maher, Shane Smith and EddyMoretti, VICE’s chief creative officer, with CNN’s Fareed Zakaria serving as consultant.

“VICE’s savvy, fearless irreverencehas made it a premier new media brand,” notes Michael Lombardo, president, HBO Programming. “Their groundbreaking style of news coverage guarantees a show that’s like nothing else on TV.”

Founded by Shane Smith and Suroosh Alvi in 1994, VICE now operates in 34 countries worldwide and attracts tens of millions of viewers and readers to its network of online channels dedicated to music, fashion, travel, news and sports. VICE’s international digital platforms and magazine are Gen Y’s most popular and entertaining source for news, part of a global media powerhouse that also includes a television production studio, a record label, an in-house creative services agency and a book-publishing division.

Shane Smith says, “We’ve always been a little more raw in the content we make. When you’re presenting a variety of totally insane stories from around the world, when you’re showing some of the scariest, weirdest and most absurd customs and practices known to humanity, then that’s the only style that really works. You can’t present these stories in a teacup. You have to tell the story in a way that grabs the viewer and delivers a punch in the face.

“We are thrilled that VICE has found a home on HBO,’’ he adds. “HBO is perfect for us because it’s intelligent, independent and bold. We won’t have to dumb things down or put them in sound bites, and we won’t have to shy away from topics or modify our approach. On HBO, we will have all the freedom and creativity weneed. HBO is the gold standard of TV, and we want to be the gold standard on HBO. Oh…and we get to swear.”

As Bill Maher notes, “If a show is willing to do a segment on a guy who calls himself General Butt Naked, you have to watch. You can’t go to your grave without having that experience.”

Series consultant Fareed Zakaria observes, “VICE brings a new energy to television. Its stories mix a sense of adventure with compelling, high-quality journalism. The combination will engage a new generation of viewers.”

We’ll get you an exact premiere date as soon as we have it. “Spring” is looking mighty crowded on HBO’s air… We’ll see how they work this all out!