I’m a child of the 60s-70s, yes, I’m that old, and I grew up watching kaiju movies. For the uninformed kaiju = Japanese monster movies; that means creatures like Godzilla, King Kong, Rodan and that ilk. Those first two behemoths are the kings of the genre. Not to deep-dive here but there have been 36 Godzilla movies alone, including the recent MonsterVerse works of which GODZILLA KONG is one. It is preceded by Godzilla (2014), Kong: Skull Island (2017), and Godzilla: King of Monsters (2019).  Oh, and the movie does have some humans in it – Alexander Skarsgård, Millie Bobby Brown, Rebecca Hall, Brian Tyree Henry, Shun Oguri, Eiza González, Julian Dennison, Lance Reddick, Kyle Chandler, and Demián Bichir. 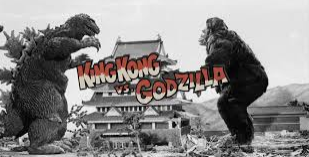 Since the listing is quite extensive you can be assured that our two main players have encountered each other before; the accompanying photo serves as proof. But the MonsterVerse franchise is quite different from the old Toho films. The two monsters wreck the cityscapes once again in Godzilla vs Kong, which makes its debut on HBO on Saturday, August 20 at 9:00pm (note that special time). It was a Same-Day Premiere earlier this year in cinemas & HBO Max.

Legends collide here as these mythic adversaries meet in a spectacular battle for the ages, with the fate of the world hanging in the balance. Kong and his protectors undertake a perilous journey to find his true home, and with them is Jia, a young orphaned girl with whom he has formed a unique and powerful bond. But they unexpectedly find themselves in the path of an enraged Godzilla, cutting a swath of destruction across the globe. The epic clash between the two titans—instigated by unseen forces—is only the beginning of the mystery that lies deep within the core of the Earth. 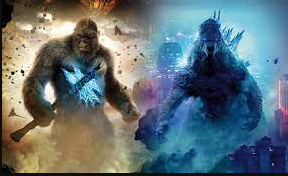 Rotten Tomatoes summed it up this way – 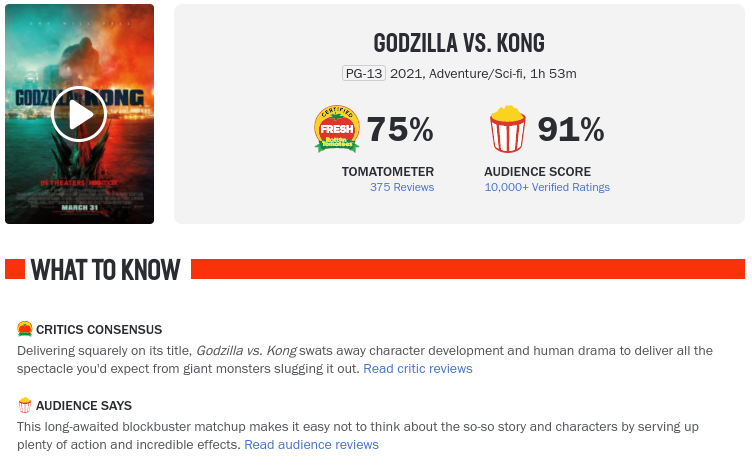 What more can I say but – “long live kaiju!”