Let’s face it, when we heard that Godzilla was being remade again we all released a great big eye-rolling sigh of despair. Despite the following it has garnered from its deepest, darkest fans who revel in its comic books, TV shows and low budget movies of time gone by, Hollywood has continually proved that by throwing wads of cash at a poorly written script won’t exactly create a historic piece of cinematic excellence. Until they allow Gareth Edwards to take the helm that is.

You know the story, it’s about as formulaic as you can get when it comes to monster pics so if you don’t know it I am sure you could guess it. That is not necessarily a bad thing though, as they say, “if it aint broke, don’t fix it”. Some pretty big names dominate this film’s opening credits; Bryan Cranston, Juliette Binoche, Ken Watanabe, Sally Hawkins, Aaron Taylor-Johnson and David Strathairn and that’s just the actors, however, all but Taylor-Johnson, Watanabe and Hawkins are drastically underused and two of the biggest names on the list are killed off within the first hour which is very disappointing. However, this film is not about Aaron Taylor-Johnson and his rubbish acting abilities. It’s about a gigantic prehistoric, radiation eating monster which rises out of the sea and destroys everything and quivers the knees of even the most stereotypical of army personnel. 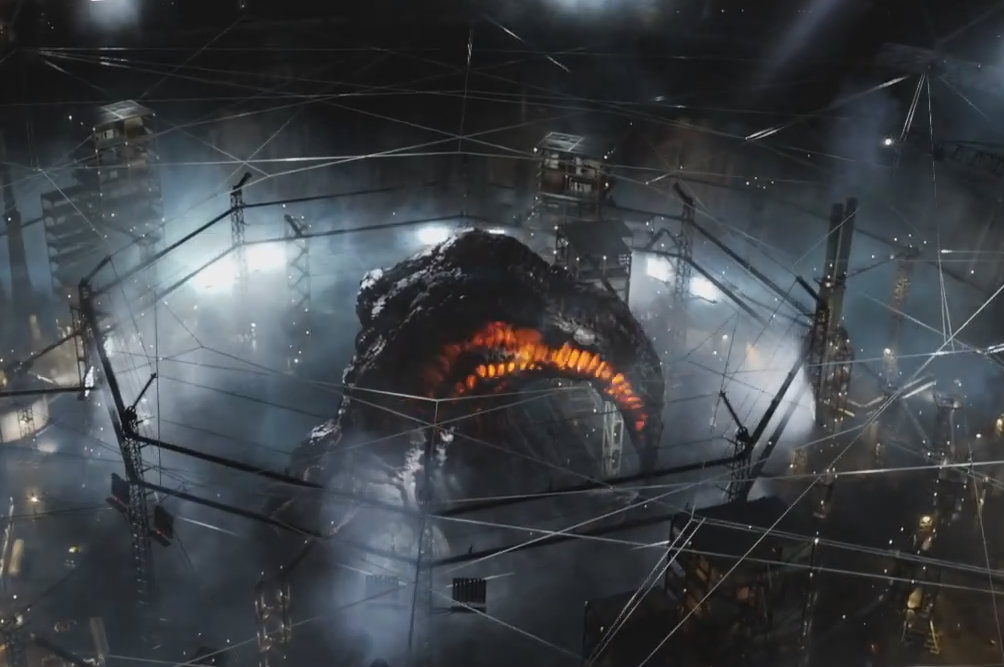 What I loved about this film was the atmospheric presence of Godzilla, his arrival on our screens is a fair way into the movie and a lot happens before we actually see him for the first time. We are teased with the “MUTO” (Massive Unidentified Terrestrial Organism) that is discovered at the start of the film which looks terrifying enough but in our hearts, we know that when Godzilla arrives he is going to swat the MUTO like a fly. However, it is discovered that there is a female MUTO as well and it would appear that the two MUTO’s are planning on finding each other for mating purposes, laying waste to cities in their wake. After Godzilla and the MUTO’s meet for the first time, the film is pretty much just an epic battle of man vs monsters vs monster, smothered in gorgeous visual effects, blue radiation, atomic fire breath and a magnificently choreographed HALO jump. 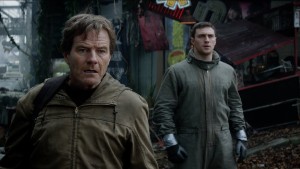 What I didn’t like about this film was all the silly subplots. The story of this film Is simple – radiation fuelled MUTO’s are awakened, they wreak havoc on cities worldwide, Godzilla wakes up and destroys them before they have a chance to mate, saving the city from total destruction. The story of Ford (Taylor-Johnson) and his wife, Ellie (Olsen) in the San Francisco hospital was massively over-played considering how under developed it was. It basically just consisted of shots of them smooching, having annoyed ‘I never get to see you’ phone calls and Elisabeth Olsen running around a hospital soaked in chaos. It was a bit pointless. I also didn’t care much for Ishiro Serizawa (Watanabe) and Vivienne Graham’s (Hawkins) story, while important in aiding the narrative to the discovery of the MUTO’s and the unleashing of Godzilla, they were pretty dull characters and spent a lot of time, standing around looking shocked. The one story that actually had me hooked from the beginning was of Joe Brody (Cranston), drenched in tragedy and fueled by passion he was a broken widower, hell bent on discovering what caused the nuclear meltdown which killed his wife at the Janjira Power Plant in Japan, convinced it was something more than just an earthquake. This storyline was pretty short lived and was left in the hands of his son, Ford, who did very little to further his father’s investigations, instead joining the battle with the Navy. Fair enough.

It’s refreshing in a monster movie to develop an amicable relationship with the monster, in this case Godzilla. The two 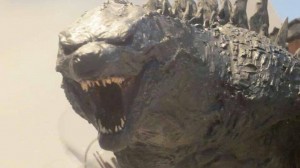 MUTO’s were irritating, like vermin or flies they just won’t go away. Gareth Edwards proved himself as a bit of a master of monster movies with his low budget 2010 film Monsters which humanized the monster in a similar kind of way. You find them relatable, they act like animals in that their desire to survive and mate is as a part of our human nature as it is theirs. I found myself cheering Godzilla on, impressed by his size, strength, abilities and power and looking forward to the next scenes he was going to be in and waiting, with baited breath, to see how he was going to destroy those two sex-obsessed MUTO’s. He didn’t disappoint.

In true monster movie style, Godzilla had homages all over the place, from Jurassic Park to Back to the Future and my personal favorite – 2001: A Space Odyssey where during the HALO jump scene, the soldiers parachute from the plane to Ligetis’ Requiem which is used in 2001: A Space Odyssey when astronaut Dave Bowman travels through a star gate. The two scenes are beautifully paralleled using this music, suggesting that the soldiers are venturing into the unknown, plummeting through thick smoke and cloud they can’t see where they are going or what awaits them, much like Dave Bowman in 2001. 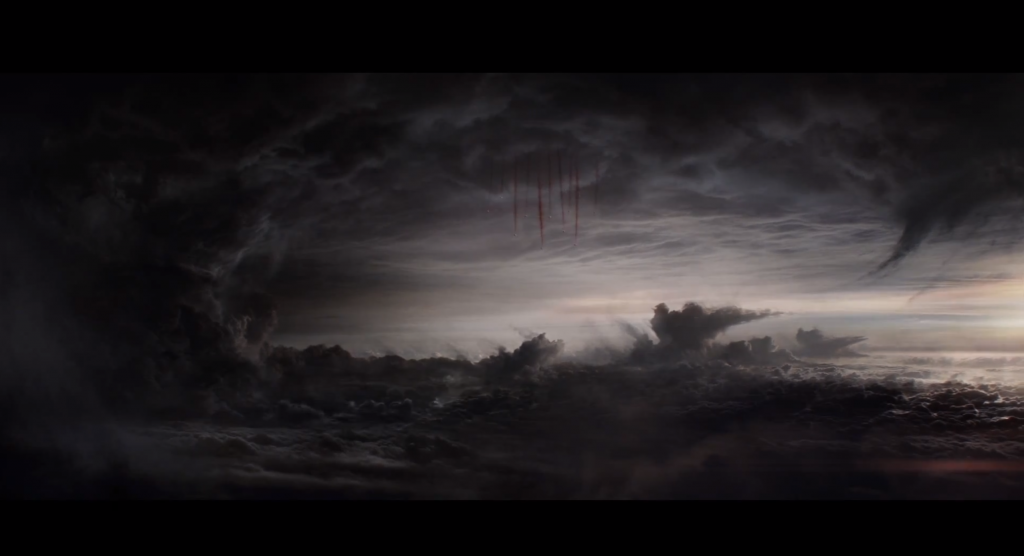 Godzilla is a visual onslaught from start to finish, the special effects are stunning and the noises that the monsters make are piercing, haunting and especially memorable. It’s clear to see that Edwards has put in an admirable amount of effort into rebooting Godzilla and I am excited to see what will be happening in the next chapter. Buckets of fun, jaw dropping effects and some truly intense scenes make Godzilla a perfect weekend watch. Catch SATURDAY, APRIL 25 AT 8:00pm – GODZILLA!