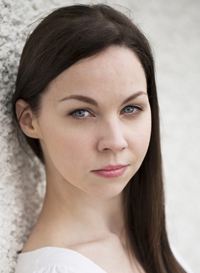 In an interview with IFTN, actress Jane McGrath revealed that she has a role in the upcoming fourth season of Game of Thrones. She has confirmed that she will be playing a wildling.

McGrath will be appearing in the upcoming Irish film Black Ice. She has also starred in The Clinic, Quirke, and Silent Witness. Here’s an extract from the interview:

Do you have any other upcoming roles you can tell us about?
At the moment, I’m up and down to Belfast on ‘Game of Thrones’. I’m not even allowed to talk to my friends about it and can’t be giving anything away! My character is beyond the Wall and it was stunning. When you’re on set you feel like you’re actually there. It’s incredible!

Author’s Note: Although we have no concrete information as to who Ms. McGrath will be playing, my money is on Val or Dalla, or an amalgamation of both. It’s quite funny how McGrath delivered the news of her role, stating that she’s sworn to secrecy and then spilling everything except her character’s name!