To throw a little variety onto the site today here is a quick post about some of the upcoming programming ahead. In fact, some of these these titles are in post-production or actually already “in the can” as they say.

I know this was in production but had no idea it was premiering so soon. You do know Phil Spector, right? In the 1960’s & ‘70’s he was one of the top music producers and songwriters in the biz. He was the money man behind The Beatles’ Let It Be album, co-wrote the chart topper “You Lost That Lovin’ Feeling” and handled the music for Ike & Tina Turner, Cher and The 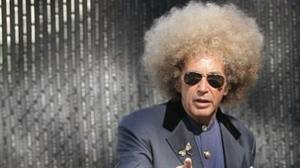 Ramones just to name a few of his successes. His latest notoriety, however, was due to his conviction for murder.

The upcoming TV movie focuses on the crime case. It stars Al Pacino as Phil Spector. At left is him in character as the renowned producer as he appears at trial . Also in the movie are Helen Mirren as Linda Kenney Baden and Jeffrey Tambor as Bruce Cutler, both attorneys for the defense. The HBO FILMS: presentation was written and directed by David Mamet. HBOWatch will launch the Trailer or any other behind-the-scenes clips as this film’s debut approaches. Here is the teaser HBO has posted.

This picture, directed by Stephen Soderbergh, may actually be “in the can” by now ready to air sooner than later.

For those of you who have not kept track of the previous Development Slate  and casting posts  about this work here is the premise in a sentence. The TV-movie is based on an autobiographical novel by Scott Thorson about the tempestuous 6-year relationship between Liberace and his much younger lover (Thorson).

Below are a few Quick Pix from the film. You will see Michael Douglas as Liberace, Matt Damon as Scott Thorson and Dan Aykroyd as Liberace’s manager, Seymour Heller. Debbie Reynolds, Rob Lowe and Scott Bakula are also appearing in the movie. 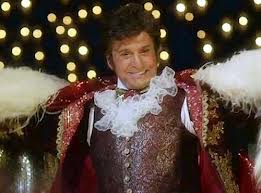 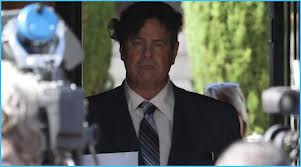 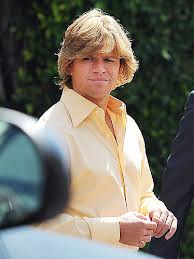 Since there are no Teasers, Trailers or Clips to view as of yet we have some interesting quotes from cast and crew instead. Starting off Matt Damon has been quoted to have said –

[box] “It’s the kind of fun that when you’ve made a lot of movies, it’s really rare to even see a script this good. It was so complex, their relationship. Richard [LaGravenese], the screenwriter, so got this dynamic. Whether this was the actual dynamic or not, I completely believed what he’d written and those aspects of the power dynamic and what it felt like was if this was a relationship between a man and a woman, you’d feel at moments like ‘this is too intimate, maybe I shouldn’t be here.’ But it’s between a man and a man and I’ve never seen that movie before. We took it very seriously. These were people’s lives and we wanted to get it right and we wanted to get the script right. And we had the best director possible and we just worked really hard on it and were extremely happy to do it because we know how rare something like this is.”[/box]

The director Steven Soderbergh  at the recent TCA event said –

[box] “One of the aspects of the book and the story that appealed to me was that at a certain point in the film, the discussions that [Liberace and Scott are] having are discussions that every couple has at a certain point. And what’s unusual about it, obviously, is the environment in which these conversations are taking place. We take the relationship seriously.My feeling, based on some of the research we did, indicated that it was a real relationship and it was, up to that point, I think, the longest relationship Liberace had had…I was very anxious that we not make a caricature of either of their characters or of the relationship.”[/box]

Lastly I leave you with this verbal image from Matt Damon. –

[box]“This movie’s not going to be for everyone. [For example] I had to come out of the pool, go over to Michael Douglas, straddle him on a chaise lounge and start kissing him. It’s not like I kiss him just once. We drew it up like a football plan.”[/box]

Enough said. Since BEHIND THE CANDELABRA was mentioned in the 2012 Yearender spot It is likely we will see this movie in April or May of this year. HBOWatch will keep you posted.

Just a few posts down is the Teaser for the second season of VEEP. Further confirmation of its return to HBO is the observance of production in progress. Baltimore Maryland has been a filming location many times; don’t forget HBO’s THE WIRE was created on this city’s streets.

Now the cast and crew of VEEP have been hitting all the local spots as they use Baltimore as a substitute for filming in Washington D. C. This year they have been shooting at the Baltimore City Hall where VP Selina Meyer’s offices are shot and at the famed Belvedere Hotel. The accompanying picture here is a set-up at the hotel. Supportive of the filming happening in her city Baltimore’s mayor, Stephanie Rawling-Blake, had made it to some location shoots.

You do remember HBOWatch mentioned this upcoming programming, right? TRUE DECTECTIVE (link to our previous post) might be ready to go for Fall of this year or early 2014, as a guess, as more casting news has been announced. We already know Matthew McConaughey and Woody Harrelson are on board as Rust Cohle & Martin Hart respectively. They play the two detectives whose lives collide and entwine during a 17-year hunt for a serial hunter in Louisiana. 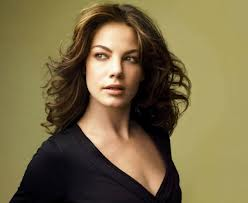 Announced to be joining these guys in the show are Michele Monaghan, Alexandra Daddario, Elizabeth Reaser, Wood Harris and Michael Potts.

Miss Monaghan (at left) will play the female lead, Maggie Hart, the wife of Martin Hart (Harrelson), a woman who makes a hard decision that has long-reaching and devastating consequences. Daddario will play Lisa Tragnetti, a sexy court reporter whose relationship with Hart takes a dark turn for them both. Reaser will play Laurie Perkins, Cohle’s (McConaughey) pretty, refined girlfriend, a surgeon who works at the hospital with Maggie, and has dated Cohle for 4 years. Potts will play Maynard Gilbough, a cerebral detective. Harris will play Detective Thomas Papania, Gilbough’s partner. Those last two actors may be familiar to HBO fans. They both appeared in THE WIRE – Harris was drug kingpin Avon Barksdale and Potts played hired killer Brother Mouzone.

There you have it for another installment of IN PRODUCTION. Are you anticipating seeing any of these projects?  We hope so as HBO offers award winning HBO FILMS and exciting series. Let us know what you are interested in via the comments below!