The GAME OF THRONES prequel series is not expected until 2022, if all goes well, but people are eager for any developments so along with the rest of the internet we give you crucial concept renderings from HOUSE OF THE DRAGON.

It is kind of a no-brainer. The series is meant to tell a chapter in the life of the House Targaryen. One crucial aspect of their culture is the husbandry of dragons; the only House through the Ages that were masters at doing so. So, the first concept art from the series just has to be an iconic dragon and here it is… 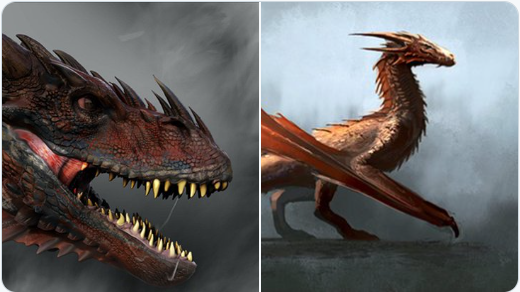 This one sports a red, copper tint but looks quite similar to Drogon, Rhaegal and Viserion from GoT. What is interesting, I’ve learned, is that the source material for the series, George R. R. Martin’s Blood & Fire, talks of a red dragon named Caraxes. That dragon was ridden by a strong player in the Dance of Dragons campaign (another in a long line of epic battles that changes Westeros). That rider is Daemon Targaryen.

The imagery came to everyone’s attention from WarnerMedia’s CEO Jason Kilar, via his blog post. It was literally a postscript to the company’s big bombshell of the day, that Warner theatrical movies would also debut on HBO Max on the same day. He also stated, “Principal photography starts on the next Game of Thrones series, House of the Dragon, in a few months. Look out for dragons overhead!” 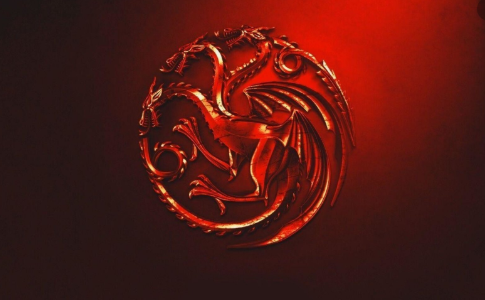