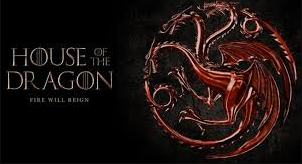 As of this writing, we are about to wrap the first season of HOUSE OF THE DRAGON because we have just the final episode to go. We hope you have been enjoying the journey. It seems both George R. R. Martin, Ryan Condal and Miguel Sapochnik have and we pull some quotes from them at this time.

From time to time, R. R. Martin has been writing on his blog about the show and his part in it, and the praise he has put on those involved in bringing this part of the Targaryen story to life. Below he shares some of his musings:

First, he makes clear that, given the opportunity, the show will need a good four seasons to be able to complete the current tale. Well, at least we know that he has a second season guaranteed. He says, 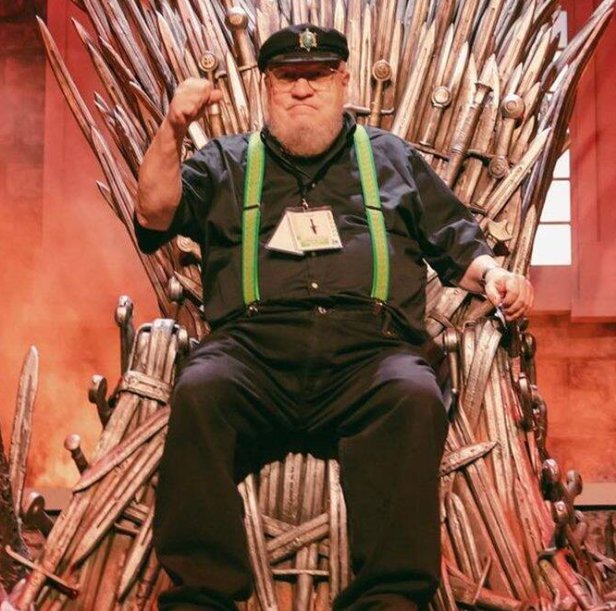 “When I was a boy, shows had 39 episodes a season. By the time I was writing for ‘Beauty and the Beast,’ it was down to 22. Cable shrunk that even further. ‘The Sopranos’ had 13 episodes per season, but just a few years later, ‘Game of Thrones’ had only 10 (and not even that, those last two seasons).

If ‘House of the Dragon’ had 13 episodes per season, maybe we could have shown all the things we had to ‘time jump’ over…though that would have risked having some viewers complain that the show was too ‘slow,’ that ‘nothing happened.’ As it is, I am thrilled that we still have 10 hours every season to tell our tale. ‘Rings of Power has only eight, as you may have noticed, and my AMC show ‘Dark Winds’ is doing a six-episode season. I hope that will continue to be true. It is going to take four full seasons of 10 episodes each to do justice to the Dance of the Dragons, from start to finish.”

Under Zaslav’s tight wallet will the HOUSE OF THE DRAGON see 40 episodes to adequately tell the of the Targaryen Civil War? We will only know one season at a time.

One tactic to get the story told in the format given has proved, of course, controversial for some. That is the element known as ‘time jumps’ and Martin addresses them also. He is what he said recently on the matter.

“I wanted to address the “time jumps” in the HOUSE OF THE DRAGON too. Not with any kind of official “statement,” but with some musings on the subject. There’s a lot to be said. Very briefly, however, I think Ryan has handled the “jumps” very well, and I love love love both the younger Alicent 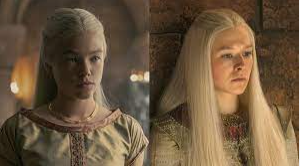 and Rhaenyra and the adult versions, and the actresses who play them.  (Truth be told, we have an incredible cast, and I love all of them).   Do I wish we’d had more time to explore the relationship between Rhaenyra and Ser Harwin, the marriage of Daemon and Laena and their time in Pentos, the birth of various and sundry children (and YES, Alicent gave Viserys four children, three sons and a daughter, their youngest son Daeron is down in Oldtown, we just did not have the time to work him in this season), and everything else we had to skip?   Sure. But there are only so many minutes in an episode (more on HBO than on the network shows I once wrote for), and only so many episodes in a season. Fewer and fewer as time goes by. “

This all ties back to the previous statement about the structured format model HBO employs. Martin, it appears, would love to have played out the history a lot more. Doing that though would have brought up criticism regarding the show’s pacing. He, concludes,

“If HOUSE OF THE DRAGON had 13 episodes per season, maybe we could have shown all the things we had to “time jump” over… though that would have risked having some viewers complain that the show was too “slow,” that “nothing happened.” As it is, I am thrilled that we still have 10 hours every season to tell our tale.”

Ryan Condal, showrunner, went on at length to The Wrap about the supposed rivalry that was in play between his show and Amazon’s Lord of the Rings series. He said, 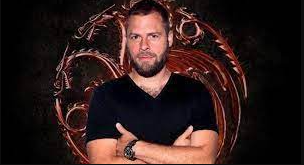 “I’m a huge unapologetic Tolkien fan. I don’t think that somebody watching ‘Rings of Power’ means they’re not watching ‘House of the Dragon,’ I don’t see it that way,” he continued. “I see one feeds the other, and I think the more good quality genre entertainment on television, the more it’s gonna draw in the general public who might not be so predisposed to watching this.”

“People are much more willing now in 2022 than they were in 2011 to put a Targaryen flag on the back of their car or to admit that they watch the show at the watercooler at the hedge fund or whatever it is,” he said. “This has made fantasy mainstream and I think the more of these good, high-quality shows that come along make fantasy more mainstream. And then it makes a bigger audience, it means more of these shows can be made and be made in an interesting way that’s 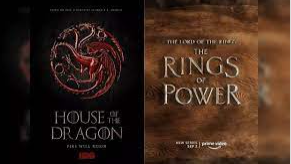 not just popcorn mass entertainment, it’s something with something hopefully interesting to say. We have to remember back to when ‘Game of Thrones’ aired, there was a lot of resistance around sort of ‘normies’ watching that show because they thought it was silly or goofy, but they got sucked in by the adult way in which George [R.R. Martin] and David [Benioff] and Dan [Weiss] told the story, the surprising turns of it, the way it actually turned fantasy on its ear. George, as a huge Tolkien fan, actually takes a lot of Tolkien’s – they weren’t tropes when Tolkien wrote them, but they became tropes over the decades when everybody else tried to ape Tolkien and turned them on their head and surprised people in a way, and that’s what drew people into the show.”

In other smaller issues regarding the GAME OF THRONES prequel, the creators still found cause to weigh in. Fans always bark about what they don’t understand or agree with. Even in the most recent episode, #9, “The Green Council,” there has been smack tossed around. It has to do with Raenys’ not raining down Dragonfire upon her enemies when she had the chance. To that Condal stated, 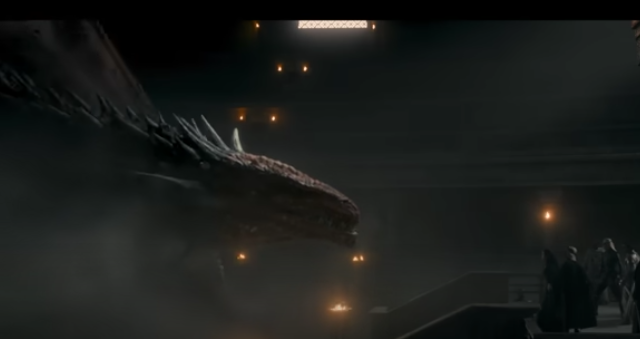 “She knows if she sets fire to that dais, she ends any possibility of war and probably sets peace throughout the realm, but I think probably doesn’t want to be responsible for doing that to another mother. And that’s– it’s a complex choice, and one that people might dispute or have a problem with, but that’s the choice Rhaenys makes in that moment. We see her busting out, and being the one that’s going to take the news to Dragonstone of the coup and of Rhaenyra’s throne being stolen. And it was a great, you know, great heroic moment for her character.”

And his colleague Miguel Sapochnik goes on record as saying,

“We really wanted to make sure that there was meat on her character. Rhaenys was not passive, and it felt this was an incredibly valuable moment too, rather than have her just bear witness to something, be able to take part in it, but her moral standpoint becomes the reason for inaction rather than action.”

There was also the flap over the black Valaryons. Condal had this logical stance, 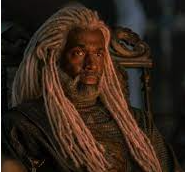 “I think the reason that it’s been a successful choice – I mean, not everybody is ever going to be happy about it – is because it was thought out. It wasn’t just done perfunctorily or wasn’t just done to tick a box or to be seen as progressive or to be seen as a ‘covering of the bases’. We have an incredibly diverse audience that’s not only across America, but in multiple countries that speak all sorts of different languages, that represent all the colors under the sun, and it was really important to see some of that reflected up on screen. think if this was a historical fiction piece, it would be a more nuanced discussion. But I think simply because this is a fantasy world, if we believe in dragons, and shape-shifters and direwolves, we can believe everybody in the story is not white.”

He even defended the issue of incest in the storyline. Condal had this to say about it, 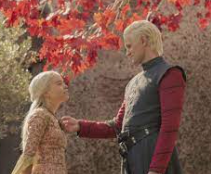 “I mean, nothing surprises me these days. I really didn’t know what people were going to make of that at all. Look, it’s part of the story, and I think that’s what makes it fascinating because it sort of is taboo in a way and in our modern sensibility. It’s even pretty taboo as far as Game of Thrones goes, maybe not for – well, I think even so for Targaryens, because it’s different generations. went back to Back to the Future, which is just like, you know – Marty goes to the prom with his mom and you’re kind of creeped out about it, but also, you’re kind of like, ‘Huh! These are two good-looking people. Are they going to make out tonight?!’ Look, it’s not your uncle. So, you know, I guess people are OK with it, or the original series did enough groundwork to normalize Targaryen mating rituals that we don’t have to worry about it. What Daemon does to young Rhaenyra is, in modern terminology, an act of abuse. And, as a traumatic event would, it shapes who Rhaenyra becomes.” 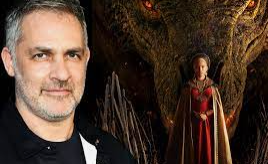 There were also grumbles about the dark episode of the series, Episode #7 -”Driftmark.” It was directed by Miguel Sapochnik who also directed the GAME OF THRONES dark episode “The Long Night.” His response is a head-scratcher for me,

“It made sense that this was the last hope humanity has, the last beacon of light, and from the perspective of where we needed the story to go — which was to reach a surreal, chaotic climax — we needed an environment that was friendly to that.” So, all the reasons for doing it were there, and nobody sat there and wondered if it was gonna be too dark.”

Okay, if you are happy with no one being able to see your efforts so be it, I guess.

Some complaints didn’t even get a response. There was the gruesome birth via cesarean section scene. Some felt a disclaimer would have been appreciated. Also, there was the killing off of a gay character which some have cited as a ‘gay trope’ that happens far too often. Oh, come on you got to know by now that a GoT series is going to have some unsettling, bloody scenes.