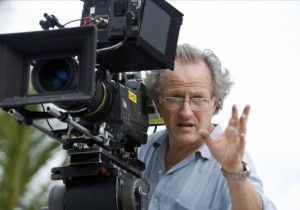 Filmmaker Michael Mann is still making product for HBO. He and documentary director David Frankham are collaborating on a new limited documentary series called WITNESS. The show will follow young combat photographers  into conflict zones around the world. It sounds like a pretty intense venture and not just for the viewers who get the inside look at hot spots around the globe but for these photo journalists putting their lives on the line to bring the news of war in focus.  Now that LUCK has ended for Mann maybe this production will get completed faster. It sounds exciting to me. How about anyone else?

Everyone remembers THE WIRE”s Omar Little, right? Well, the actor behind that awesome character, Michael K. Williams, has another role that everyone is buzzing about. The character is one Russell Jones, better remembered as Ol’ Dirty Bastard of the Wu-Tang Clan. The rapper/producer got his stage name because of his uniqueness. It is said that “no one was a father to his style” making him the ODB that he was. This biopic would have played great on HBO, where Williams could be more recently seen in BOARWALK EMPIRE as  “Chalky” White. 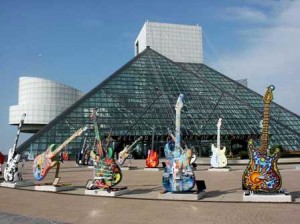 The Rock and Roll Hall of Fame has a big party coming up as the new inductees to the honor get their moment on April 14th in Cleveland Ohio. HBO will present an edited package of the event premiering May 5th. Just recently the presenters have been named; they will officially announce the inductees to the stage. Presenters include Bette Midler, Carole King, Chris Rock and Billy Gibbons & Dusty Hill of ZZ Top. Though there are a number of inductees into the Hall of Fame from all aspects of the music industry some of the honored include Beastie Boys, Guns n Roses and The Red Hot Chili Peppers.  You can get a complete list of inductees at www.RockHall.comIt is sure to be big night and a big concert for HBO.

And finally for those who watch programming from multiple devices guess what is coming available on XBox 360? On April 1 HBO GO will be available through this game box provided you are a XBox Live gold member and an HBO subscriber. Since  everyone wants to see their HBO content at their convenience here is one more way to do it. It is only a matter of time before HBOGO is accessible from anywhere. Now, we know it is a hot topic that people are willing to pay for HBO content without actually subscribing to the channel, but let’s take it one step at a time.