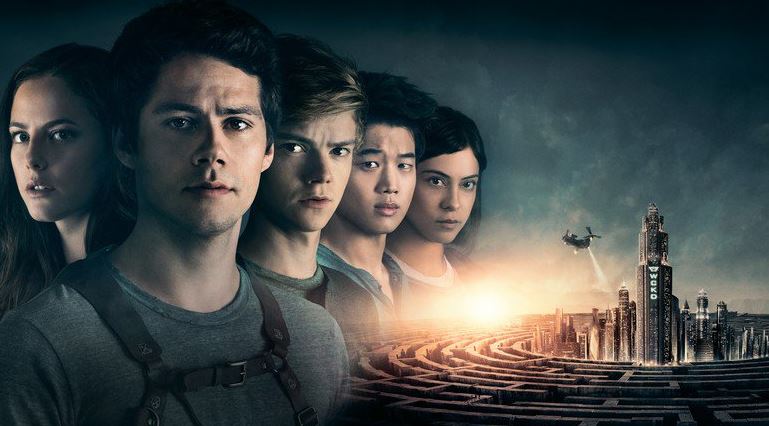 HBOWatch Editors were not able to line-up a writer to review MAZE RUNNER: THE DEATH CURE, the final movie in that film franchise but that doesn’t mean that we don’t want to draw your attention to it. We reviewed the first picture, Maze Runner back in 2015, but already could not find a writer willing to review the second outing in 2016, (Maze Runner: The Scorch Trials) so another post like this one was generated. A movie treatment of YA novels is not for everyone evidently.

In the third and final film, we ate told that we get a “proper sending-off” (Variety), as Thomas leads his group of escaped Gladers on a dangerous mission to break into the Last City and save their friends. Starring Dylan O’Brien, Kaya Scodelario, Thomas Brodie-Sangster, Giancarlo Esposito, Aidan Gillen, Walton Goggins, Ki Hong Lee, Barry Pepper, Will Poulter and Patricia Clarkson. Directed by Wes Ball; screenplay by T.S. Nowlin, based on the novel by James Dashner. If you have been following along, of course, you know all the Gladers and all about Last City. Certainly, the movie wouldn’t mean much for the rest of us.

Most of the Gladers, I’m sure, must get through one more labyrinth to get to the end goal and reveal all the truths about WCKD. A cure for a virus is still the ultimate prize and, as it is the last film, you gotta know they are going to discover it. There has also got to be a loss of life along the way and surely those lost are main Gladers. If you are a devout Glader yourself than you might want to catch this endgame for the first time or for a repeat viewing when it appears on HBO. Only then will you know if the villain played by Aiden Gillen is beaten back and if the Flare virus is suppressed. Take in the trailer:

We are not the only ones to think it a no-brainer that only devout Gladers are going to appreciate this movie. Our go-to aggregator says –

But to be fair other critics had some positives about the movie. Scott Tobias of NPR stated, “The Maze Runner is the rare series that has improved with each installment, expanding beyond the organic pen of the first film into a bigger and more thrillingly realized science fiction sandbox.” EW’s Leah Greenblatt commented with “As easy as it is to criticize the script’s broad strokes and 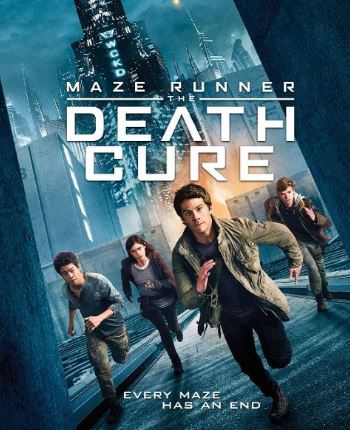 improbable getaway schemes, it’s hard to argue with the lessons it imparts: Be loyal, be brave, leave no friend behind. And, lastly, Michael Sragow of Film Comment Magazine wrote that “[Director Wes Ball] wisely bookends that introductory sequence with a bittersweet, meditative coda that allows Thomas, and the audience, to measure his losses.”

Obviously, your take is the only one that counts. Let’s put this franchise to rest with MAZE RUNNER: THE DEATH CURE debuting on HBO Saturday, October 13 at 8:00pm. It can also be found on HBO On Demand and the streaming sites.