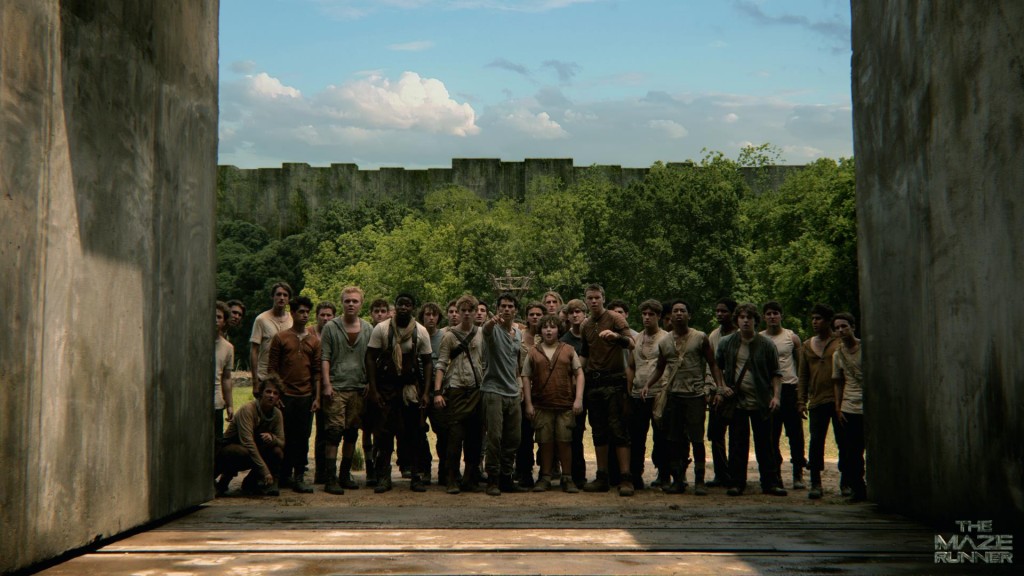 If you’re one who thinks that the sudden free-for-all of young adult novels being turned into movies is a scourge on theaters I doubt this review is going to change your mind. The Maze Runner, as it stands, follows all the same tropes that make these films so scrutinized. Yet it also does just enough differently, and has enough pretty visuals, to make itself stand out from the pack and be worth watching, at least until the third act. But we’ll get to that part later.

A young man wakes up in a freight elevator with no memory of who he is or where he’s being taken. He finds himself in a large green field, the Glade, surrounded by high walls along with several other kids in the same situation as him. Though they can all remember their names, no one knows why they were put there. That fact and what kinds of monsters exist beyond the walls that surround them. It turns out they are all in the middle of a giant maze; a maze that can twist and adjust itself at night to make the true course to the exit unknown to any who might enter it. But with this new young man named Thomas, they might finally be able to escape and discover the true reasons behind why they were put inside the maze to begin with.

There’s a lot that this movie does right with the material. The camaraderie of those who’ve been stuck in the Glade for years shines through. Even if it does feel like a skin peel of Lord of the Flies at times, no one needs a conch to talk and the brutality of the film comes from within the maze. Instead of falling to infighting and confusion, they hang on united by common enemies; the Grievers who dwell within the maze and whoever wiped their minds to drop them in the glade. They both prove to be interesting mysteries. 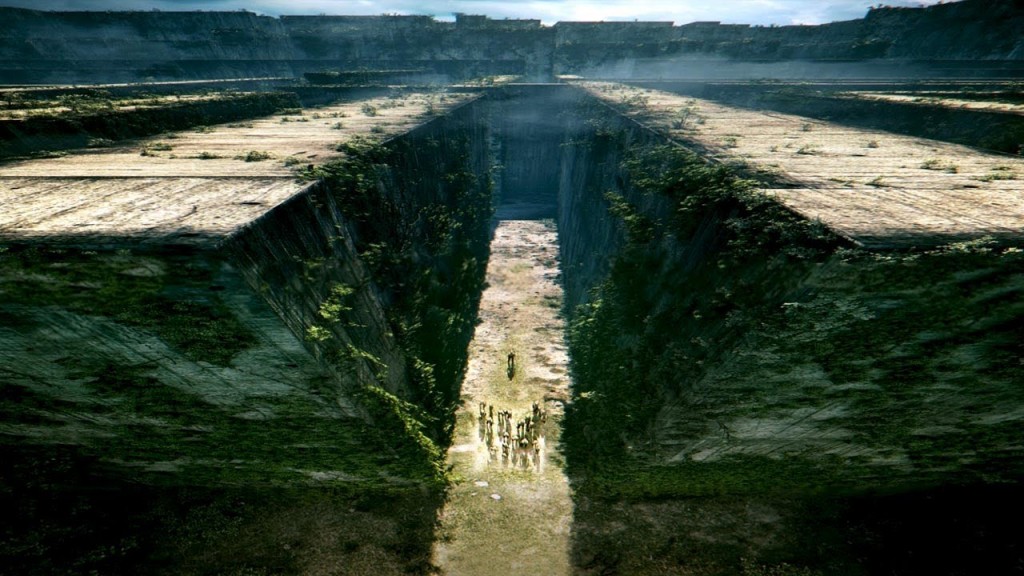 The real star of the show is the maze. It’s not your normal, everyday hedge maze where axe-wielding caretakers chase you through a blizzard. The first thirty minutes of the film build up the mystery of what might be out there very well, using the mythos that builds around it to fill in the blanks in one’s mind until they actually see it. And it’s pretty impressive when you do. But high walls on their own can’t carry a film, so they put a cat in the maze to chase the rats. That’s the Grievers, monstrous creatures best described as cybernetic spider-rats. They’re best moments are the ones when you can’t see them completely.

It’s largely a solid movie. However, there was that problem with the third act I mentioned. And if I might get into SPOILER territory for a moment, this movie has a complete non-ending. It’s all set up for the next movie, The Scorch Trials (with more actors from Game of Thrones weeee!) and the flimsy reasoning they give now for the existence of the maze is dissatisfying at best. It’s the trope of young-adult novels to say that they’re main character is special, because that means the reader can vicariously believe that they themselves are being called special. But as the reasoning behind building something so massive, it doesn’t make sense. Even for all the reasons they rush to put out before the ending hangs the ominous “to be continued” over the whole thing. I’m left to wonder, “What was the point of this?” Maybe it’s better explained in the books, but in the movie it’s not clear at all. 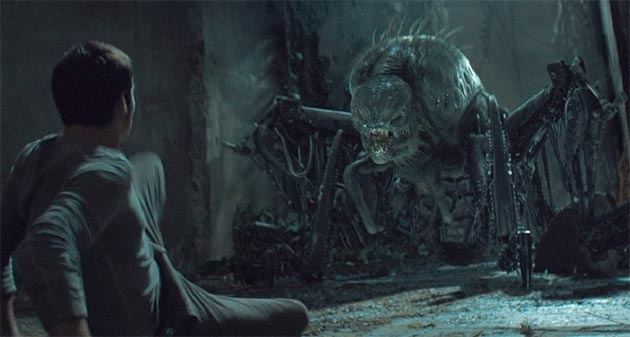 (SPOILERS OVER) Despite all that, the film still earns a recommendation on the strength of its atmosphere. The characters are all a little bland, but they serve the greater purpose of keeping the question of “What is this maze?” inside your head until you finally see it and what lurks within. You might be able to predict a few twists and turns but by and large this was an entertaining feature. Give it a shot if you’ve got the time

The Maze Runner premieres on HBO Saturday July 18 at 8 pm! Watch the trailer below!