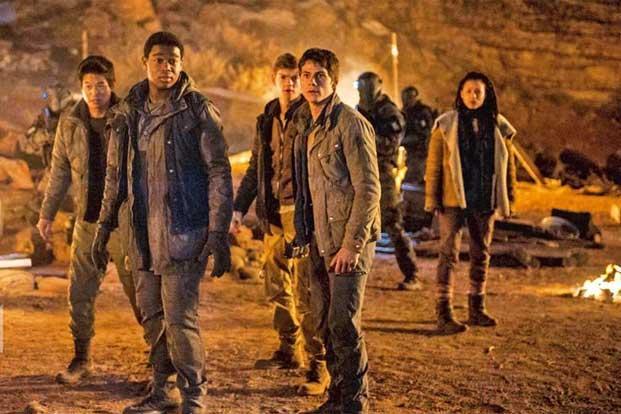 According to studio 20th Century Fox – In this next chapter of the epic “Maze Runner” saga, Thomas (Dylan O’Brien) and his fellow Gladers face their greatest challenge yet: searching for clues about the mysterious and powerful organization known as WCKD. Their journey takes them to the Scorch, a desolate landscape filled with unimaginable obstacles. Teaming up with resistance fighters, the Gladers take on WCKD’s vastly superior forces and uncover its shocking plans for them all.

The trailer sets it up pretty well as they head into another trial and deeper into the mystery of WCKD. Do they have the right stuff to deal with the manipulation of their fates?

Only upon watching it, if you already haven’t; will you learn of the Cranks, know whether it is dialogue rich or just a lot running down dark corridors and whether or not it would be best to stick to the books from which it is based. We will offer you though, the opinion from one of our critics of choice.

Check out the movie, directed by Wes Ball. He directed The Maze Runner and as lined up a third film in the works called Maze Runner: The Death Cure slated for 2018. Also starring along O’Brien in this one are such talents as Thomas Sangster, Kaya Scodelario, Aiden Gillian, Giancarlo Esposito and Barry Pepper. Drop us a comment here if you watched it on HBO.