The 2020 NFL season featured record low crowd attendance. Was it due to people’s sudden lack of interest in America’s past time (sorry MLB), due to the frustration of social and political issues nearly overshadowing the gridiron gameplay? Although these issues remain rampant factors with the NFL, the underlying problem was and remains the COVID-19 Pandemic.  The 2020 season of Hard Knocks featured two ‘firsts’ for HBO.  1). A Season was being covered during a global crisis.  2). Two teams were featured in the season.

Will more than one team be featured on the 2021 season of Hard Knocks? Or will another twist on the normal format transpire? This will remain unknown until the start of the NFL pre-season. However, as always, we do know the criteria to appear on Hard Knocks; a contract exists between HBO and the NFL that requires the selected team(s) that meet these criteria to participate in the series.

Teams are eligible if they don’t have a first-year head coach, haven’t made the playoffs in either of the previous two seasons and have not appeared on the show in the previous 10 seasons

The five teams eligible to be featured in the 2021 season of Hard Knocks are: 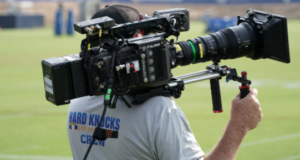 Although a longshot, teams can volunteer to be featured on the series. With 2021 already carrying over the eccentricities of 2020, a wildcard would be a welcoming entry. I was biased with the 2019 season, as I wanted my team, The Oakland Raiders to be featured. As with 2020, I am excited to see HBO’s film crews get into the intricacies of the operations of any of this season’s candidates. No matter the choice, the antics, shenanigans, heartbreak, and triumphs captured this season, will be indicative of the entertainment seen in the past.

What team(s) would you like to see featured? Should the criteria for selection be expanded or amended?  Whenever HBO and the NFL hit the gridiron for the preseason, HBOWatch will have it covered.