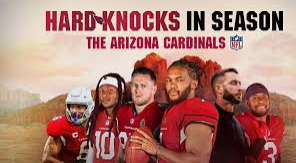 2022-2023 playoff chances were never on the horizon for the Cardinals organization. Veteran Hard Knocks narrator Liev Schreiber informs us that the Cards are coming off their sixth straight loss. Before the end of episode 8 (the Hard Knocks In Season finale) ends, the number rises to seven. Episodes 5-7 featured the usual premium cable coverage and production, but the usual Cardinals loss accompanied. The Cards are tied with the Indianapolis Colts for the 2nd worst records 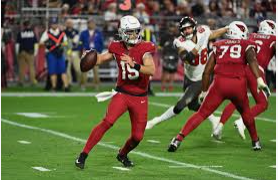 in the NFL; only the Chicago Bears and the Houston Texans yielded worse records. Coaching jobs, starting lineups, and roster spaces are on the line.

However, only two days into the new year, something far more important than job stability lay on the line. A life. Buffalo Bills safety Damar Hamlin suffered cardiac arrest after tackling a Cincinnati Bengals wide receiver. On-field paramedics administered CPR and utilized an AED to revive Hamlin; EMTs arrived and transported the young athlete to a hospital. Hamlin is making remarkable progress in recovery and seems to be in high spirits. HBO sports capture the Cards organization wishing Hamlin a full and speedy recovery. The reality is that this gridiron sport costs money for spectators to view on television and at stadiums, but the game physically costs the players.

We see several vignettes of players and coaches lamenting the abysmal season. No one is sure of their future in the organization, and some don’t know their future in the NFL. Even the higher performing players are subject to trade and free agency, due to many coming towards the end of their NFL careers due to age. Much of the Hard Knocks In Season finale’ is dedicated to hope for a better season. Due to the players giving their mental and physical all, hope is good, but better talent simply outshines optimism in most scenarios.  Alas, one more game remains, and low spirits will never be a reason to forfeit a game. 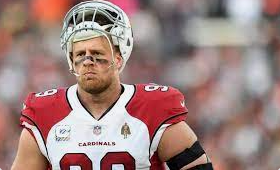 The final game of the Cards’ 2022-2023 season was the final game of Defensive End JJ Watts’ illustrious NFL career.  Although he never had a Superbowl appearance, his multiple Pro-bowl appearances and high rate of forced fumbles have Watts destined for the NFL hall-of-fame. One of the most inspiring pregame hype talks leads us into the Cardinals vs. 49ers game. The Cards draw blood early with an incredible drive that led to a touchdown early in the 1st quarter.  JJ Watts secures a sack early. And then the inevitable…the Cards begin to falter. Back-up QB David Blough is sacked and 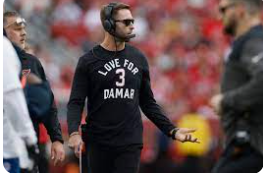 The Cards General Manager steps down and head coach Kliff Kingsbury is fired. But the owner praises the efforts of both men. Hard Knocks and Hard Knocks In Season will return for the 2023-2024 season.