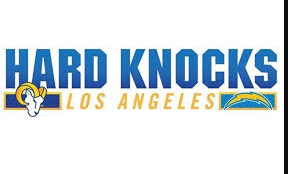 HBO Sports, NFL Films and the two Los Angeles-based NFL franchises are teaming up for an unprecedented and unfiltered all-access look at what it takes to make it in the National Football League when HARD KNOCKS: LOS ANGELES kicks off its five-episode season this summer. One of the fastest-turnaround programs on TV, the 15th edition of the 18-time Sports Emmy®-winning series debuts TUESDAY, AUGUST 11 (10:00-11:00pm. ET/PT), with other hour-long episodes of the first sports-based reality series debuting subsequent Tuesdays at the same time, culminating in the Sept. 8 season finale.

HARD KNOCKS will have encore plays Wednesday nights and will be available to stream on HBO via HBO Max and other partners’ platforms.

In an unprecedented programming move, the 2020 edition of the venerable series will spotlight both Los Angeles NFL teams: The Los Angeles Chargers of the AFC West and the Los Angeles Rams of the NFC West. The two franchises are set to share the spectacular new 70,000-seat SoFi stadium that is nearing completion in Inglewood, California.

The arrival of HARD KNOCKS each August is a unique NFL tradition and NFL FILMS and HBO Sports are making plans for an all-new season of the most acclaimed serialized sports series on television. 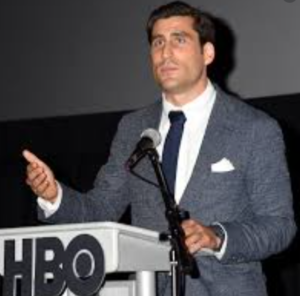 One of sports television’s most successful and enduring partnerships, HBO Sports, NFL Media and NFL Films have reached agreement on a multi-year extension of the HARD KNOCKS franchise.

“The HARD KNOCKS franchise continues to excel as the preeminent sports reality series,” says Peter Nelson, Executive Vice President, HBO Sports (pictured).  “Our partnership with NFL Films, which dates back to 1977, consistently produces groundbreaking television programming. We are grateful to the Chargers and Rams organizations to be able to present the 2020 training camp experience.”

“NFL Films cherishes the relationship we’ve had with HBO for over four decades, and specifically with the HARD KNOCKS franchise since 2001,” says NFL Films senior executive Ross Ketover. “To be able to announce this extension as we embark on an unprecedented two team series this summer brings us incredible pride and only heightens our excitement for the return of football.”

Camera crews will head to southern California in the next few weeks to begin filming, with the action heating up in August when the cinéma vérité show focuses on the daily lives and routines of players and coaches.

Under fourth-year head coach Sean McVay, the Rams are just a season removed from a Super Bowl appearance and have a roster featuring an intriguing mix of high-profile players, established veterans, and free-agent acquisitions.

After an injury-plagued 2019 campaign, the Los Angeles Chargers are looking for a return to the winning formula that helped them finish tied for the AFC’s best record in 2018. Led by fourth-year head coach Anthony Lynn, the Chargers overhauled roster features young, rising stars on both sides of the ball, a new quarterback behind center and an influx of veteran talent added this offseason.

Both franchises will also be debuting new logos and uniforms when they open their new, state-of-the-art SoFi Stadium home later this year. 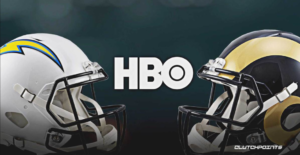 Los Angeles Chargers Head Coach Anthony Lynn said, “Having been part of Hard Knocks before when I was with the New York Jets, my biggest takeaway from that whole experience was that you get out of it what you put into it. There’s a reason that season was probably the most popular Hard Knocks ever. If you’re going to do a show, do it right. You can’t fake it. We didn’t have a problem providing access because we built a relationship with the crew. There was a mutual trust that exists to this day with those people, and many of them will actually be working on this year’s show. Broadcasting your internal business all over the world isn’t something you regularly want to do, but in a year with as many challenges as this one has had, I’m glad we can be part of bringing football back to the fans this summer.”

“We are looking forward to having Hard Knocks in our camp this year,” said Los Angeles Rams Head Coach Sean McVay.  “Hard Knocks always offers a rare opportunity for our fans to see our players’ hard work to prepare for the season, as well as gives them a peek behind the curtain to observe these guys off the field, too.  This year will be special because the show will also get an unprecedented look at SoFi Stadium, Stan Kroenke’s vision for professional football in L.A.”

Dedicated NFL Films production crews will be in both southern California training camps, shooting more than 2,300 hours of footage over the course of the series, offering an inside look at the daily rigors of an NFL training camp. With access to players’ and coaches’ meeting rooms, training rooms, living quarters and practice fields, HARD KNOCKS will document hours of conditioning practices and meetings, chronicling players as they compete for a roster spot and bond off the field.

HBO has aired 72 memorable episodes and one anniversary special in its first 14 seasons.  No other sports reality series can match the production excellence, critical acclaim, awards and audience numbers posted by HARD KNOCKS. Episodes have averaged four million viewers over the past four years.

Winner of 18 Sports Emmy® Awards to date, HARD KNOCKS launched with the Baltimore Ravens in 2001, followed by the Dallas Cowboys in 2002, and resumed in 2007 with the Kansas City Chiefs, subsequently spotlighting the Cowboys (2008), Cincinnati Bengals (2009), New York Jets (2010), Miami Dolphins (2012), Bengals (2013), Atlanta Falcons (2014), Houston Texans (2015) and Los Angeles Rams (2016). The 2017 edition chronicled the Tampa Bay Buccaneers and captured the Sports Emmy® for Outstanding Serialized Documentary. The widely acclaimed 2018 series with the Cleveland Browns earned two Sports Emmy® Awards for production excellence. HARD KNOCKS has won a Sports Emmy® every year it has aired since 2008.

Eight of the last ten teams featured on HARD KNOCKS have equaled or improved their win-loss record in the regular season. The Cleveland Browns launched the transformation of their organization on HBO and went from a winless 2017 season to coming within half a game (7-8-1) of a .500 campaign.  The 2019 season saw the Raiders improve their record to 7-9 from the previous year’s 4-12 mark.  The series featuring the iconic Raider franchise averaged 4.3 million viewers per episode, generating the highest viewership for the show since 2015 and the second-best viewership numbers for HARD KNOCKS in the past ten years.

HARD KNOCKS: LOS ANGELES will be narrated by Liev Schreiber, marking his 14th season with the show.