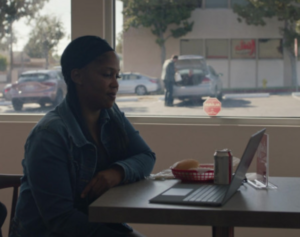 Listen, tension is one thing. Stopping to get burgers while you have a guy held hostage in your trunk is like a whole other thing. But Barry (Bill Hader) wants to get Gene (Henry Winkler) some food. Man alive, I was waiting for that woman to just turn her head. She must have been watching some quality HBO content because she was entranced. The whole thing was funny in that painful, I hope this dude doesn’t die type of way. But Barry has a plan and whatever it is, it better fucking work otherwise there’s just a shit ton of ways this can go bad. 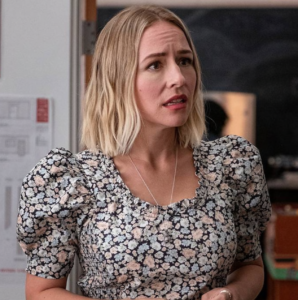 As for Sally (Sarah Goldberg), she’s running her show with a whip. It’s about getting out of domestic violence and loosely based on some situations from her own life. Incidentally, living out a mirror in her own personal life. The show does an amazing job with mirroring the circumstances and helplessness people around often feel. But Barry comes demanding her to get Gene a spot on her show. Not surprisingly, she says she already tried and it was a no go. I get that Barry is coming unhinged, but Jesus I’m actually fucking terrified of him at this point. That was some kind of public display and poor Sally. She got wrapped up his bullshit but she better think fast because her show date is getting moved up to deal with some competition.

Barry is doing anything he can to get Gene a part but it’s becoming clear he had a reputation. Lucky for Barry he gets his own self an audition and nails it enough to get hired. Then he pulls out the stolen monologue and really sells it. But talk about a surprise when he goes to give Gene the news. As soon as that scene with the waitress started playing out, I knew exactly what was going to happen and I still loved every second. Winkler’s been knocking it out of the park so far this season. I know it’s early on but I’m hopeful for some amazing scenes to come.

Then there’s NoHo Hank (Anthony Carrigan) trying to sneak away to hang with his man, Cristobal (Michael Irby). Couldn’t help but laugh at a man trying to get some limonada and having a hardcore squad roll up. I was very curious what squad we were dealing with here. Didn’t expect father-in-law, but certainly did expect him to clock Cristobal. Even then, Cristobal gets a warning to Hank. This whole thing will escalate and what exactly are the two of them going to do now? I suppose face the sad inevitable truth.

Oh, but back to Gene and Barry in a tension filled living room. You know how I said I was hopeful…that was a mistake. Big mistake. I’m scared. I’m very, very scared. But also, would someone get Bill Hader a damn Emmy?

Now Gene’s getting ready for his scene. He says his son lost his job and came to stay with him. Hmm, okay buddy. I’m pretty sure you put that backwards but in case you’re trying to shoot your shot with the make-up artist I won’t say anything. But Gene does get a line and well, isn’t that something to be grateful for? Back again with that glowing reputation of yours, Gene. 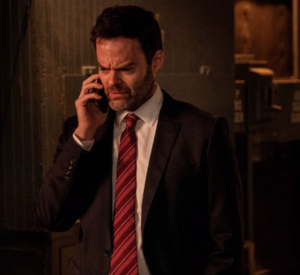 Hank is trying to rally his peeps without them causing too much hoopla. He’s gotta get them off his man. The patsy comment killed me. I was expecting that man to turn heel on a dime, but he’s one with the goats now. So Hank will have to do something else. Perhaps a bomb from the internet. Bless his team’s reaction. So funny. Hank tries to enlist Barry, but no dice. Barry’s next call is from Fuches (Stephen Root) or Goat Man now, wants to see how things really are. He’s clearly lying but so is Barry so the whole thing seems par for the course with these two. But Fuches is the one who gets the morality story of the episode and it’s got his wheels turning. 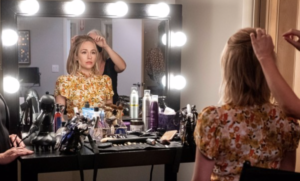 Then there’s Sally who is doing a press junket for her show. The Spiderman question killed me as did her answer. I would totally watch Ben Mendelsohn as Spiderman. It did crack me up that everyone had a speech for Sally who then had the exact same speech for her costar Katie (Elsie Fisher). She’s fine, but not necessarily convinced to tag along. Smart, maybe don’t hang around Barry if you can help it. But also, I’m surprised the press junket would have people asking the costar to comment on the lead’s relationship. I mean, I guess the show is about escaping abuse so it tracks a smidge. How awkward for Katie.

Yet Barry is back in the scene and it was a lovely cameo from Mark-Paul Gosselaar. I wasn’t sure how Gene would handle it but somehow, that still seemed unexpected. Of course, now the shit is going to really hit the fan and I have no idea what his plan is next. I understand why he did it and why he couldn’t live with all that over him anymore though. As for Barry, it’s a quick call to Hank and he’s back in the game. And for me, definitely concerned for what’s next.