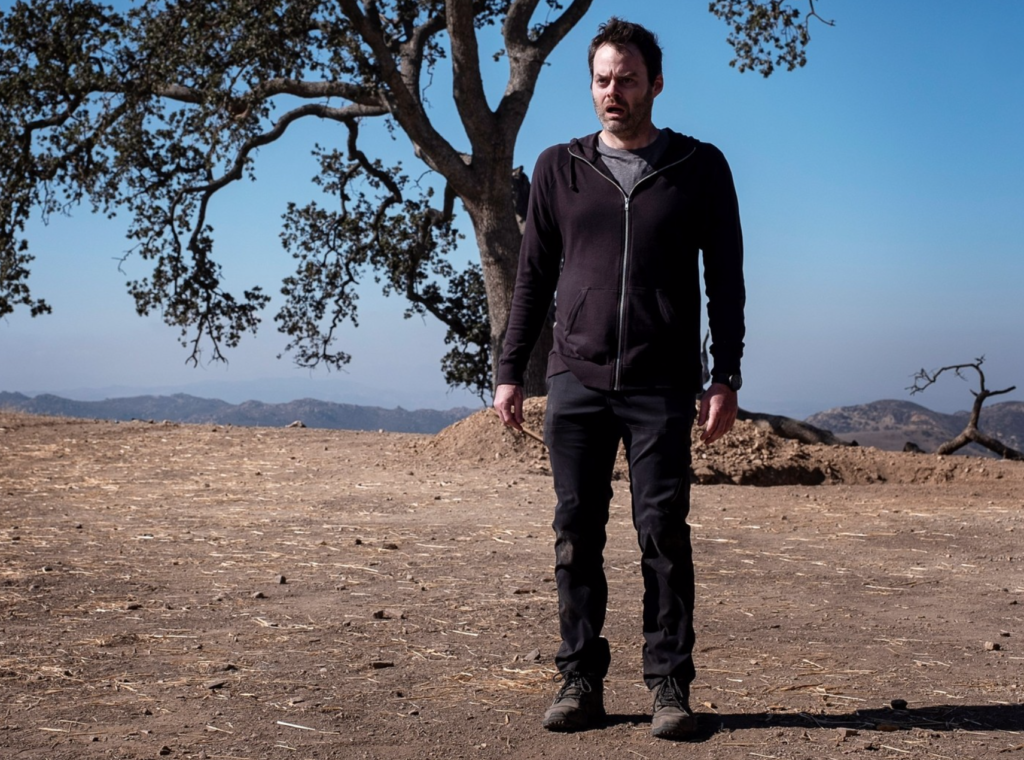 We may not talk about Bruno but we’re sure as shit going to talk about Barry. That finale blew my freaking socks off in a few different ways and not all pleasant. But most blessedly, Barry has already been confirmed for another season so that’s one worry we won’t have. Especially after such an amazing finale, I would hate to have to wonder if it was coming back. But since we know it is, now we get all the fun of speculating what will await. For now, we must meet Barry (Bill Hader) at the beach.

Barry is teetering between life and death and of all the places to do so, I think the beach is pretty prime. Being surrounded by the souls of the people you murdered probably less so but no one is openly harassing you so I guess it’s cool. The two surprise appearances definitely stopped me in my tracks. Here’s where I started to believe this episode had the potential to go really, really badly. One of the people I would have been devastated to lose, the other…not so much. But Barry is back to life and back to Sally (Sarah Goldberg). She wants him to break into Natalie’s (D’Arcy Carden) house and harass her like he was going to do to that executive. Oh Sally, I just can’t with you anymore. And apparently, neither will Barry. 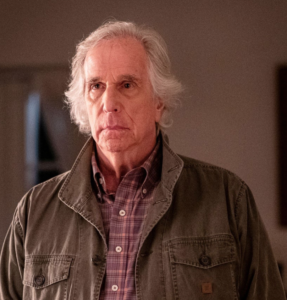 Gene (Henry Winkler) is at brunch with Annie (Laura San Giacomo) and they’re getting an offer. Sounds like quite a glitzy idea but theater and film and tv combined has worked before, I think? Papa Moss (Robert Wisdom) interrupts, needing to discuss some things with Gene. I wasn’t sure what to expect here. Wisdom and Winkler shine opposite each other in this scene: two broken men in their grief but very different emotions. Just absolutely fantastic acting by both. Meanwhile, Fuches (Stephen Root) is still in custody and even though Albert (James Hiroyuki Liao) is in the wind, Mae (Sarah Burns) is still itching to crack this case. Doesn’t take much for him to lawyer up, but trying to get everyone to believe you’re the Raven? We’ll see how that works out for you.

Back at Barry’s comes the next big shock of the episode. I truly wasn’t sure what was going to happen. I mean, we saw “Sally” on the beach. I really thought it could happen and expected Barry to potentially have another body to bury. But she rallied and what a fucking rally it was. I was so uncomfortable the whole time just seeing him walk around with it sticking out…*shudder* But just remember, Barry did it, Barry did it, Barry did it. Of course, he now must handle a body and a long awaited confrontation. Again, wasn’t sure where this was going to go. If he kills him, now he’ll have feds on his ass. If Alby kills him, that’s his job. Barry’s not likely to come in. I do beg to differ with you though, Alby. I think anyone who decides to take money to kill people can fall under the descriptor evil. At least in my book, yeah. Turn it around starting now? Okay, but what if he doesn’t though? He decides to book it with Sally, but she’s already slipped away. 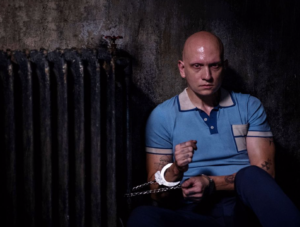 Then there’s Hank (Anthony Carrigan) down in Bolivia. He’s captive and it’s not looking great. His men seem ready to revolt against the guards but I don’t think they expected the next round of shock. The whole cinematography is played very well with Hank seizing his moment and putting words into action. I didn’t expect the feline eating frenzy but very much appreciate it being off screen as well as the subsequent animal shooting. It just goes to prove that even with a violent show like this, off screen can prove just as powerful and I would argue with the blood effects even more so. But he finds Cristobal (Michael Irby) being tortured by Elena (Krizia Bajos). Shock away the gay, eh? Hank thinks not. Again, wasn’t sure how this was going to play out. Expected a little conversation perhaps, but Hank’s a man of action now and says no. Just guns. But what’s next for them?

Barry gets a call from Papa Moss and it’s time to chat. Gene’s outside and well he’s sounding pretty desperate. He can’t have everything come crashing down now. But Papa Moss wants answers and he certainly seems like the type to get what he wants. Through whatever means possible. The whole scene build up was just supreme and the final explosion superb. Gene puts on the performance of his life. Utterly fantastic. Knowing there will be another season means seeing where this goes and what Barry might have to atone for and I for one cannot wait. Given everything, I hope Hader makes a directorial return. I think he can successfully add that to his resume. But for now, we wait and speculate.