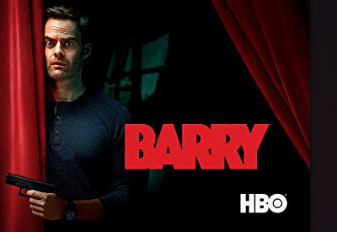 Our favorite killer turned actor returns for another season with likely more violent and deadly hijinks. We left off last season when Barry (Bill Hader) was found out by Detective Janice Moss (Paula Newsom) and shots were fired. Barry wants to move on and wants everyone else to as well, but Gene (Henry Winkler) is in a bad place. In fact, pretty much everyone is in a bad place. Catch the update –

Season Two Premiere -“The Show Must Go On, Probably?”

Fuches (Stephen Root) has a new hitman and that doesn’t pan out well for him. Especially since Fuches ends up being questioned in custody. I especially appreciate the effort to have Fuches so adamant in denying a DNA swab, only to hand over the can of Coke covered in his DNA and fingerprints unknowingly. Oh Fuches, gotta be smarter than that. Detective Loach (John Pirruccello), the old partner of Detective Moss connects Fuches to Barry through Fuches’ tooth at Goran’s house.

Meanwhile, NoHo Hank (Anthony Carrigan) is loving his new life away from Goran’s crime family and working together with the Bolivians. However, since Hank never revealed that Barry was Goran’s killer the Chechens want answers and they’re coming for Hank. He asks Barry for help and Barry completely blew him off.  Okay, he’s the reason you aren’t being hunted down by a mafia family. And you can’t have his back? Barry asks Hank later if he’s an evil person and Hank affirms that Barry is the evilest guy he knows. After treating Hank like that, I’d say that’s fairly accurate. Hank comes back and says he’s the boss and he tells Barry who to kill and I’m so glad he stood up for himself. Hank sends him to kill Esther, the new crime boss trying to edge him out.

In the midst of his grief, Gene wants to cancel the class altogether and Barry, in a moving scene, tells them all about how he killed his first man and two more in rapid succession after. He’s a good shot. But when the class perceives it, they imagine Barry to be torn up by killing people when in reality it was when Barry discovered he was truly good at something. Sally (Sarah Goldberg) and Barry continue to make things work while she pushes him to open up and she’ll be there for him but only during a certain window. I think Sally might be IMHO one of the most annoying characters I’ve ever seen on a show. Flaky, self-absorbed, and always wanting to be the center of attention, I find myself wondering when she’ll possibly leave or get caught in the crossfire of a gun battle. Currently, she’s working on her reel of small parts and wanting to make it big. I don’t know, Sally. Maybe it’s just your personality everyone can’t stand? Take in this behind the scenes for the episode.

Having a change of heart because of Barry’s brilliant spontaneous opening up Gene decides not to close the acting class after all. The new show, however, will be an original work with everyone telling about trauma in their life. For Barry, we already know, it’s his first kill in Afghanistan, though he would rather have his scene focus on his first meeting Gene; who is thrilled to be the center of attention. Less thrilled is his estranged son who Gene goes to see and tries to broach a relationship with. Speaking from experience, that’s not how that works. When you’ve spent your life blowing off your kid, they don’t exactly feel like hanging around for when you’re ready to have a relationship. When confronted with his selfishness, Gene tells Barry to focus on the Afghanistan piece instead. Which will be hard to do when Fuches turns up at his door. All the key players are up against negativity in this episode. It is a power that consumes them but will it defeat them?  Then, at episode’s end, we get hit with the shocker that Fuches is working with Loach, complete with wire,  to get a confession from Barry that he silenced Det. Moss! Sneaky, sneaky.