Once again HBO is bringing around THE ROCK & ROLL HALL OF FAME INDUCTION CEREMONY for 2020. And this time around its LIVE! That right, the event, presented by Klipsch Audio, will take place on Saturday, May 02, 2020, at Public Auditorium in Cleveland, Ohio. The Ceremony will be broadcast live for the first time on HBO on May 02 at 8:00pm ET. Performances and special guests will be announced later. What is announced, besides the date, is the list of Inductees.

The eligible had to have 25 years of experience behind them and as usual for the Hall the definition of ‘rock & roll’ gets stretched a bit to accommodate artists. The recipients this year have been chosen from the following nominees: Pat Benatar, Dave Matthews Band, Depeche Mode, The Doobie Brothers, Whitney Houston, Judas Priest, Kraftwerk, MC5, Motörhead, Nine Inch Nails, The Notorious B.I.G., Rufus featuring Chaka Khan, Todd Rundgren, Soundgarden, T-Rex and Thin Lizzy. 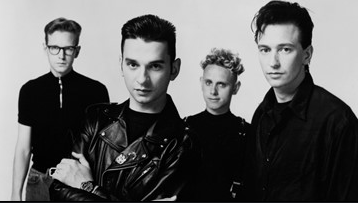 Depeche Mode – Remaining on the cutting edge for over three decades, Depeche Mode has explored new realms of postpunk, electronic textures, and futuristic industrial sounds. It has built a diehard cult and helped invent the goth subculture with groundbreaking hits while their electro reboot of “Route 66” showed off their wry take on the R&B verities. Black Celebration (1986) and Music for the Masses (1987) led to Depeche Mode’s masterwork Violator (1990), blending ominous synths with rock guitar for classics like “Personal Jesus” and “Enjoy The Silence.” Their newfound flair for the blues exploded in the goth-grunge swamp gospel of 1993’s Songs of Faith and Devotion (“Walking In My Shoes”), as well as in recent global hits like Delta Machine (2013) and Spirit (2017). Depeche Mode have kept evolving through the 1990s and beyond, remaining a legendarily fearsome live act across the planet, with a foot in the underground and another in the club – but always with an eye on the future. 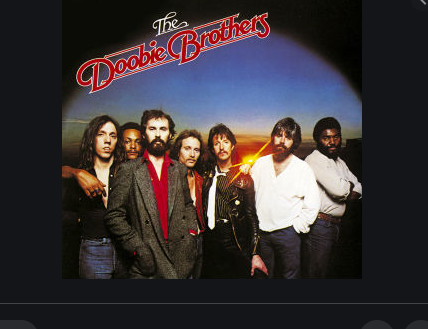 The Doobie Brothers – This first-time nominee, got its start in Northern California, where Tom Johnston’s chugging guitar rhythms, John Hartman’s energetic drumming, and the fingerpicking guitar style of Patrick Simmons combined to create a unique groove that mixed diverse influences from rock, R&B, and country. Bassist Tiran Porter and drummer Mike Hossack joined the band, and the group broke out on radio stations nationwide with their utopian rock anthem “Listen to the Music” in 1972. The Doobie Brothers continued to release guitar-driven hits, including such classics as “Long Train Runnin’” (1973) and “China Grove” (1973). But they also were no strangers to experimentation; their first #1 single, “Black Water” (1975), drew on folk and bluegrass, pushing the boundaries of their hard rock style. Personnel changes in the mid-1970s led the band to explore even more sounds and textures. After a brief hiatus in the mid-1980s, the band reunited, returning to their signature rock sound. Throughout their career, they have sold over 48 million records worldwide and charted five Top 10 singles. Almost fifty years since their original formation, the Doobie Brothers continue to perform their feel-good rock hits alongside brand new tunes, giving generations of fans a chance to “Listen to the Music.”

Whitney Houston – She is a first-time nominee.  Her musical upbringing is one of the most storied in the business, and she seemed destined for greatness. Her mother, Cissy Houston—a vocalist who supported artists from Elvis to Aretha Franklin—provided Whitney with expert training from a young age. Through her mother and cousin Dionne Warwick, Houston heard and saw the best performers in the business. Houston’s effortless vocal skill attracted interest from multiple labels, and at the age of nineteen was signed by Clive Davis to Arista Records in 1983. Her debut album netted three #1 singles: “Saving All My Love for You,” “How Will I Know,” and “The Greatest Love of All” and topped the Billboard 200 for fourteen weeks. Houston’s ability to connect with audiences set dozens of industry records: the first artist to have seven consecutive #1 hits, the longest-reigning #1 single on the Hot 100 (“I Will Always Love You”), and the first woman to enter the Billboard 200 at #1 (Whitney). Her awards—numerous enough to achieve a nod from Guinness World Records—included an Emmy and six Grammys. Houston’s voice was as versatile as it was powerful, and her catalog shows a unique ability to incorporate a range of stylistic elements spanning pop, rock, gospel, R&B, funk, soul, and hip-hop. Her sound expanded through collaborations with a wide array of artists, including Stevie Wonder, Luther Vandross, Babyface, Missy Elliott, Bobby Brown, and Mariah Carey. Covers of her songs and tributes since her passing in 2012 have come from all corners of the industry, and her voice lives on through the younger generations inspired by her work.

Nine Inch Nails – With Nine Inch Nails, Trent Reznor has taken the sounds and sights of transgressive art into the mainstream, transmuting alienation into community. Nine Inch Nails began in Cleveland in the late 1980s as a studio project for Reznor but blossomed onstage with his live band during the first Lollapalooza tour in 1991, which found them laying waste to its instruments in the afternoon sun as dismayed fellow musicians and converted fans looked on. The 1994 breakthrough album The Downward Spiral combined the mechanized funk and discordant noise of industrial rock with Reznor’s belief in melody and song structure. It debuted at number two on the Billboard album chart and spawned the Top 40 hit “Closer” — with its promises of animalistic sex as a way of being nearer to God — as well as “Hurt,” later covered by Johnny Cash. A mud-splattered, star-making performance at Woodstock ’94 delivered Nine Inch Nails to the arena level. A series of carefully wrought tours — including a co-headlining trek with David Bowie in 1995 — followed, accompanied by visuals as transformative as they were simple. In recent years, Reznor’s penchant for futurism has included distributing music for free on the Internet as well as working for Beats Music to find a way to restore value to purchasing music. Nine Inch Nails returned in 2013 with Hesitation Marks and reissued new instrumental versions of The Fragile and With Teeth as exclusive Apple Music streams. The creativity of Trent Reznor has penetrated myriad aspects of the entertainment world. From music to film to management and streaming, NIN continues to be an influential force in our world. 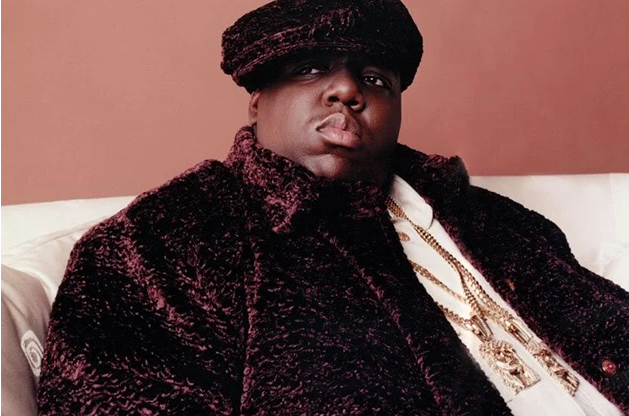 The Notorious B.I.G – Biggie Smalls – aka The Notorious B.I.G. (a first-time nominee)– is celebrated as the greatest of his generation. Born Christopher Wallace in Brooklyn’s Bedford-Stuyvesant neighborhood, he earned the nickname “Big” as a teenager.  His versatile rapping style – laid-back yet hard, complex yet relatable – drew the attention of Sean “Puffy” Combs and Puffy’s new label, Bad Boy records.  In 1993, Biggie’s debut single – the raucous “Party and Bullshit” – proved he was a star in the making, and quickly made him the focal point of Bad Boy. 1994 saw the release of Ready to Die, which included signature classics “Juicy” and “Big Poppa” and fan favorites “Warning” and “Gimme the Loot.” Biggie’s music ranged from smooth R&B samples to hard-hitting beats, and his autobiographical approach to storytelling transported you into his life. The music complemented Biggie’s high-end, Versace-laced fashion sense to make him a superstar: the East Coast’s answer to Dr. Dre and Tupac. By 1995, he was the top-selling solo male artist on the rap, R&B and pop charts – all without compromising his art or his street cred. In March 1997, Biggie was shot and killed at the age of 24, devastating the music community.  Two weeks later, his final completed album Life After Death was released. A double-record with equal parts ambition and paranoia, it debuted at number one and included chart-toppers “Hypnotize” and “Mo Money Mo Problems” – making Biggie the first artist to earn multiple posthumous number ones. Biggie’s legacy finds him among the top of “Best Rapper” lists: he’s a direct influence on artists like Jay-Z, Eminem, and Nicki Minaj, and his lyrics have been quoted by Alicia Keys, Michael Jackson, and Usher. 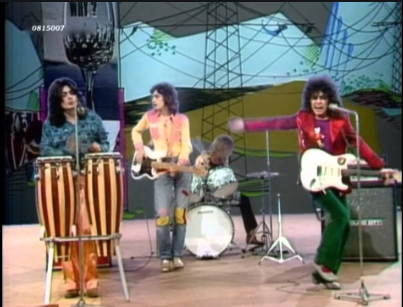 T-Rex – Marc Bolan and Steve Peregrin Took began the group as psychedelic folk-rock with elements of eastern music, baroque songs, and fantasy stories. In 1970 Bolan teamed with drummer Mickey Finn and producer Tony Visconti to record “Ride a White Swan,” which is now considered the musical herald that ushered in the birth of Glam Rock. The next release was a full length self-titled album that experimented with electronics and rock sounds on songs like “The Wizard.”  They added bass player Steve Currie and drummer Bill Legend and made Electric Warrior, and glam rock diamond that changed the world of rock. The music kept the underpinning of folk-rock and psychedelia, but added an undeniable guitar crunch, pulsing rockabilly rhythms, and pop vocals. “Jeepster” is a power cord romp, “Cosmic Dancer” a space journey ballad, and “Bang a Gong (Get It On)” an anthem for the ages. Between 1971 and 1977 the band stayed aggressively creative by releasing at least one album per year. Bolan’s tragic death on September 16, 1977, put an end to the band, but their music went on to influence countless musicians and styles that include post-punk, new wave, indie, and alternative rock. Artists including the New York Dolls and KISS took the style of Bolan to the next level and created new musical scenes. Bauhaus toughened up “Telegram Sam” into a gothic explosion and the rock & roll supergroup the Power Station had a top ten hit with “Bang a Gong” in 1985, bringing the music of T. Rex to the MTV generation. T. Rex is name checked in the lyrics of songs by Bowie, The Who, and the Ramones, featured in film soundtracks, and referenced in novels: their presence in popular culture is everywhere and are inducted here as first time nominees.

There are two recipients of The Ahmet Ertegun Award which honors songwriters, producers, disc jockeys, record executives, journalists and other industry professionals who have had a major influence on Rock & Roll. This year it is bestowed on –

Jon Landau – He began his career in music as a pioneer rock journalist in the mid-Sixties. He contributed to many of the earliest rock publications, including the original 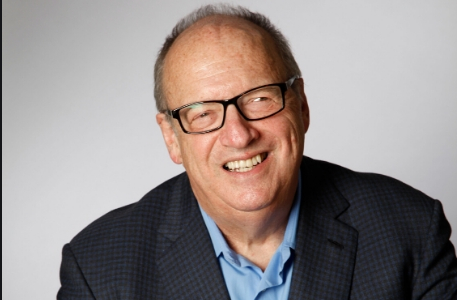 Crawdaddy! The Phoenix and, starting with the first issue in 1967, Rolling Stone. He was the magazine’s lead music columnist and later the editor of all record reviews. During his ten years at the magazine, he wrote a vast amount of highly influential articles and reviews, much of which he collected in his book, It’s Too Late to Stop Now. He began his second career as a record producer working first with the MC5 on their legendary Back in the USA and folk-rock artist Livingstone Taylor and, later on, with Jackson Browne. In 1974, he combined his interest in journalism and record production by writing about a concert in Boston that “I saw rock and roll’s future and its name is Bruce Springsteen” and then going on to become Springsteen’s co-producer for the next 18 years. In 1977 he started the third phase of his career and became a manager where his principal client has always been Springsteen. In one form or another, they have worked together in a model relationship for the last 45 years.

Irving Azoff – Raised in a Jewish family in Danville, Illinois, Azoff began promoting and booking bands while a student at Danville 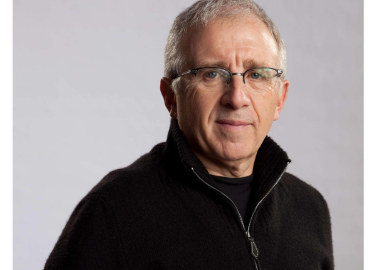 High School and then in college at the University of Illinois at Urbana–Champaign. His first management client was Champaign-based REO Speedwagon; his second was Dan Fogelberg. In 1972, Azoff headed to Los Angeles with Fogelberg. He worked for Geffen-Roberts Management and there began working with the Eagles, a relationship that has lasted more than forty years. During his career, he has worked as an agent, personal manager, concert promoter, movie producer, independent record label owner, merchandiser, music publisher, and responsible for merging Ticketmaster and Live Nation. For all of his efforts, he had, at one time been declared the Most Powerful Person in the Music Industry.