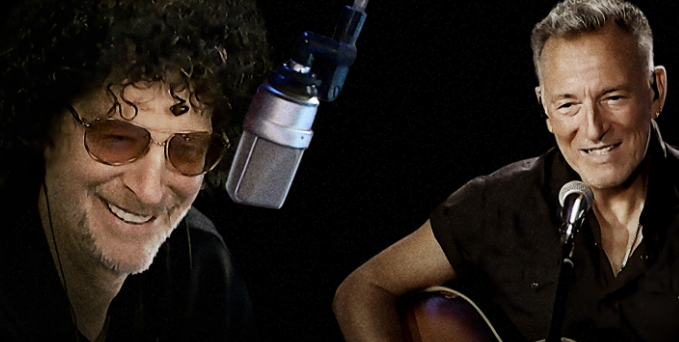 Sneaking onto the November schedule at the last moment is an interview special in association with SiriusXM. Howard Stern sits down with Bruce Springsteen. Here is the official notice of the special that can now be seen at your leisure on HBO Max.

HBO presents, in association with SiriusXM, THE HOWARD STERN INTERVIEW: BRUCE SPRINGSTEEN, airing SUNDAY, NOVEMBER 27 at 10:00 p.m. ET on HBO. The interview will also be available to stream on HBO Max.

The interview features over two hours of intimate, in-depth conversation between Howard Stern and Bruce Springsteen, taking a candid look at Springsteen’s musical, professional and personal journey. The interview features several in-studio performances on acoustic guitar and piano, with Springsteen explaining the genesis behind many of his most beloved hits including, “Thunder Road,” “The Rising,” “Born to Run,” and many more. They also discuss Springsteen’s new studio album Only The Strong Survive, a collection of 15 soul music gems recently released by Columbia Records. The interview, which aired live on SiriusXM’s Howard 100, took place at Howard Stern’s SiriusXM Studio in New York on October 31, 2022.

As was stated, the announcement came quickly, and before we knew it had aired on the Sunday after Thanksgiving. As of this posting, it still airs a few times on the HBO channel but can be seen on HBO Max whenever. 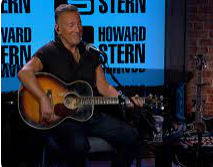 I remember the day when HBO covered some big major concerts but that doesn’t seem to happen much anymore. HBO Latino has a number of concerts but no big universally known stars, though talented ones just the same. The Rock and Roll Hall of Fame concert, which I am in the process of watching, is fun but we need more music on HBO. We do get to have a Lizzo concert on New Year’s Eve, though. That is exciting, at least for her fans. My point is we need more music on HBO; so, this year’s Music Box documentaries and this Howard Stern interview are all welcome and enjoyable. But book a major concert HBO! Book one now!