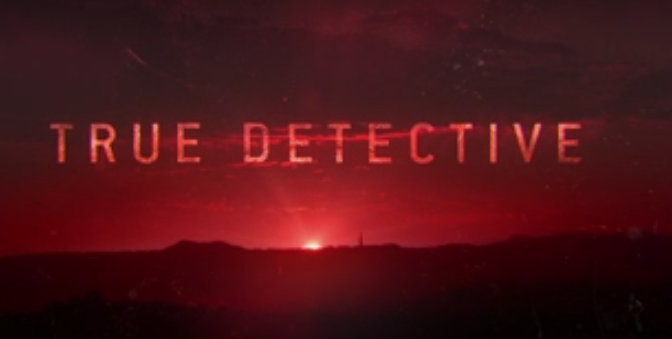 Recently, while googling the latest entertainment news, I was fortunate to have stumbled upon an article announcing that Alamo Drafthouse Theaters would screen the first two episodes of True Detective Season 3. Although it was just announced on Deadline.com just two hours prior, there were only four seats available. What do you think I did? HBO footed the bill for popcorn and a beverage for attendees. The two episodes helmed by Jeremy Saulnier and written by creator and showrunner Nic Pizzolatto (Green Room & Hold the Dark) were presented on Barco 4K Laser projectors with immersive QSC 7.1 sound. The nearest Alamo Drafthouse (in Woodbridge Virginia) was one hour away from my Maryland residence, but the commute was warranted.  Episodes 1-2 of True Detective Season 3 were poised to erase my disappointment of Season 2. With the placement of two episodes for free admission, coupled with $5 food vouchers and free

popcorn & beverage, it is quite obvious that Home Box Office has incredible prospects for this season of their anthology series.  It is never my intent to oversell any good thing, but I assure you that this season of True Detective is on course to meet expectations. Whether or not that remains so with the remaining six episodes, will be assessed by career film/tv critics and my fellow HBOWatch reviewers.

The best detective stories are a journey of self-discovery for the investigators. In The Big Sleep, Philip Marlowe learns that the investigative process from an unsolved previous case can assist with navigating the perplexities of a current case. Chinatown (which some gurus believe True Detective Season 2 unsuccessfully tried to modernize) Jake Gittes learns that given the right place, time, and circumstances, anyone can be capable of anything. Our protagonist in this season of True Detective has thus far learned that finding a killer(s) may require the sacrifice of one’s relationship with the family. Academy Award winner Marhershala Ali is detective Wayne Hays, who is present throughout in three separate timelines:  1980, 1990, and 2015. Hays begins to develop signs of dementia in 1990 and it is full blown in 2015, effectively cementing his status as not only a once capable sleuth but also as a classic noir element known as The Unreliable Narrator. The audience experiences a non-linear setup analogous to Season 1, but this never feels derivative. Unlike Season 1’s Rust Cohle, the audience can never fully trust Hays’s narrative due to his slow descent into memory loss.

Several suspects are introduced in the first episode. There is an off-kilter Vietnam vet that collects trash from the residents of the town where our story arc is predominantly set. Then there are the high schoolers that while on an underaged drinking binge at a notorious hangout spot for troublemakers, are clearly seen drunkenly riding a bike eerily similar to that of the missing boy that is the victim of the case along with his sister. The second episode informs that a wrongful 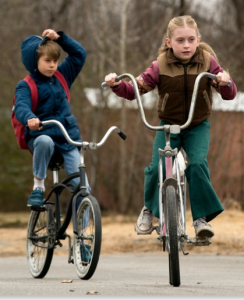 conviction may have happened, which doesn’t seem to surprise the now retired (from police work) 1990s Wayne Hays.

Roland West is Hays’s partner, well portrayed by Stephen Dorff.  West has tremendous respect for his partner on a professional and personal level, often lauding the skills that Hays acquired in Vietnam as a long-range reconnaissance patrol soldier. These skills are on full display as Hays and West investigate the disappearance of the son and daughter of Tom and Mamie Gummer, an estranged couple who only agree on the safety of their kids. There are two startling discoveries (don’t worry, I am not referring to two deaths) in the season premiere; where one of these revelations will make an interesting case of Stockholm Syndrome. One Youtube.com reviewer said that this Season has the potential to be even more groundbreaking than the first season.  I cautiously concur, but the odyssey known as True Detective Season 1 is unlike anything I had ever seen.  And due to this season structurally borrowing from the freshman season, it is already not quite as innovative, despite its strong acting, direction and compelling plotline. Although I initially viewed the latest episodes of True Detective at the Alamo Drafthouse, I watched the broadcast premiere at my home, and the experience was no less mesmerizing after a second viewing.

True Crime sleuths may notice that the macabre acts, in this case, have some resemblance to the West Memphis 3 case. Pizzolatto has denied that this controversial murder case of 1993, was a source of inspiration for the 2019 season of his anthology. I am most curious what inspired the family dynamic in this story:  Hays marries the grade school teacher of one of the missing children; the latter writes an acclaimed book about the case, as Hays begins to put his family second to his obsession of a case that spans over three decades.  Hays loves his family, but as the HBO promotions have reiterated, he “wants the WHOLE story”.

HBO has strong symbiotic marketing plans on the major social media platforms, particularly Instagram, where showrunner Pizzolatto is quite active. The previously social media elusive writer (Pizzolatto hasn’t tweeted since 2014), had been quite interactive on Instagram since late 2018, being kind enough to respond to me and other fans. Pizzolatto has said to Entertainment Weekly that he has ideas for a fourth season and another idea for HBO. I would have guessed that this other idea was the Perry Mason reimagining, however, we have already reported that Team Downey productions are helming this as a limited series for HBO.  Nonetheless, only time will reveal what is next for Pizzolatto, but this season of True Detective should be on everyone’s radar for Sundays at 9:00pm ET.

Now that we have set you up for the series we hope you enjoy it and follow our weekly reviews.