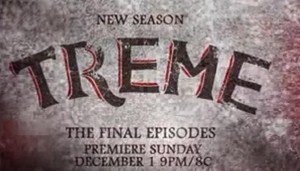 We are coming up quickly on the Final Episodes of TREME premiering on 12.01.13. The story wraps up in only five episodes so you don’t want to miss it. Here is the only Tease we have had so far. Here is an Invitation to the Set piece.

As is quoted – TREME  “is about the resurrection of the human spirit.”

Update: A full length Trailer is now up advertising the final episodes that premiere on 12.01.13.

As is quoted – “We love this city, but it needs to love us back.”

Also for your perusal, if interested, are brief descriptions straight fromHBO PR of the concluding five episodes.

Ranging from Nov. 2008 through Mardi Gras 2009, the new season revisits the musicians, chefs, Mardi Gras Indians, and other familiar New Orleanians who continue to rebuild their lives, their homes and their culture in the aftermath of the 2005 hurricane that caused the near-death of an American city.

— Episode #32: “Yes We Can Can”: New Orleans celebrates the election of Barack Obama; Desautel opens her own Bywater restaurant; LaDonna rebuilds Gigi’s bar; school band director Batiste gets invested in his students’ lives. 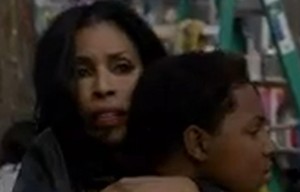 — Episode #33: “This City”: Lambreaux learns his cancer has spread; Delmond plays with Terence Blanchard in New York; Annie wins a song of the year award for “This City”; violence strikes one of Batiste’s students.

— Episode #35: “Sunset on Louisianne”: McAlary celebrates his 40th; Bernette gets a break in her case; Annie dumps her band; Lambreaux insists that Delmond carry on as Big Chief after he’s gone; Everett returns to New Orleans.

Here is hoping you enjoy the endgame of TREME as New Orleans lives on!