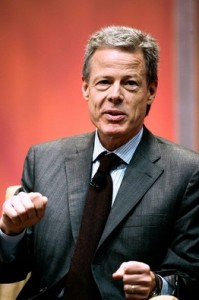 Time Warner, the massive media conglomerate parent company of HBO says it plans to create even more original programming and to level up HBO Go.  Speaking to investors about the recent major Amazon deal C.E.O. of TWX, Jeff Bewkes had this to say:

“We are hopeful that availability on Prime Instant Video will introduce additional consumers to the great content that HBO produces and will potentially drive sub-additions over time to the HBO network service.

And we plan to use additional revenue from the deal to invest even more in HBO’s groundbreaking original programming and to further accelerate the development of next generation of HBO GO.“

Yes, please.  It’s comforting to know that Time Warner understands the nature and power of the network they own. Incredible original programming is is the number one priority followed by stepping into the future with a strong, stable HBO Go which has experienced a few technical issues as of late due to overwhelming demand for that content.

Time Warner has seen recent gains in no small part thanks to HBO’s major success but other networks such as TNT and CNN have not fared so well. Warner Bros movies, however are looking up as plans for a Justice League Movie, a new Harry Potter series and The Lego Movie have investors (and movie-goers!) excited. Since they’re owned by the same parent company there’s also a good chance we’ll see all of the above on HBO eventually.

Reinvest in the best contention engine on the planet and you’ll see that cash returned too you 100-fold, Mr Bewkes. We’re aware of at least a dozen potential series’ at various stages of development in the works so we look forward to seeing what the next chapters in HBO’s incredible future look like.