This week’s aptly named episode gives us a break from the main storyline by taking us back in time to fill in some pretty big gaps that you probably didn’t even know needed filling. The episodes begins as Aimee-Leigh (Jennifer Nettles) and Eli (John Goodman) announce that they are expecting their third child (Kelvin) and goes on to provide an insight into how the Gemstones came to be and highlighting the noticeably strained relationship between Eli and Baby Billy Freeman (Walton Goggins), Aimee-Leigh’s brother. 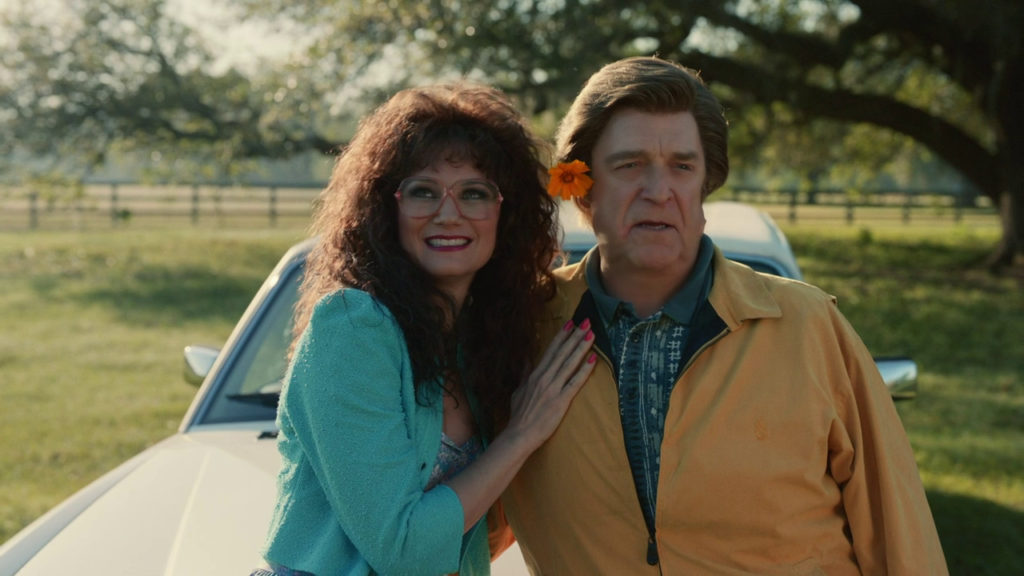 Aimee-Leigh is everything you expected, she’s warm and loving, beautiful and stern. She’s headstrong and powerful but easily upset and soft-hearted. We see a side of Eli we haven’t seen at all so far, where he is a loving husband and a doting father eager to protect his family and provide for them as much as he can. Their relationship is full of love and respect for each other and the Gemstones name is building notoriety. Baby Billy and Aimee-Leigh are planning to go on tour together as a singing brother and sister duo, reminiscent of Johnny Cash and June Carter. Baby Billy is distraught when he discovers that his sister’s pregnancy means the tour is going to be canceled, not because he wants to sing with his sister but because the tour was going to solve his financial problems. Baby Billy’s true colors shine through here, underneath the withered demeanor of the elderly man we met in the previous episode, He is a crooked and conniving man, divorced multiple times and getting children drunk at parties. His own son, Harmon, could prove to be an interesting character should he arise in the present-day storyline as he would be around the same age as Judy. Baby Billy’s explosive tantrum at a family dinner after a performance of one of he and his sisters hits, “Misbehavin’” at church, happens when she backs out of the tour. This leads him to disrespect her and the Gemstone family, thus creating a significant rift in his relationship with the family. Eli, who you sort of expected to explode in a menacing way in defense of his wife keeps calm and cool and makes Billy look weak by minimizing a reaction to his behavior. 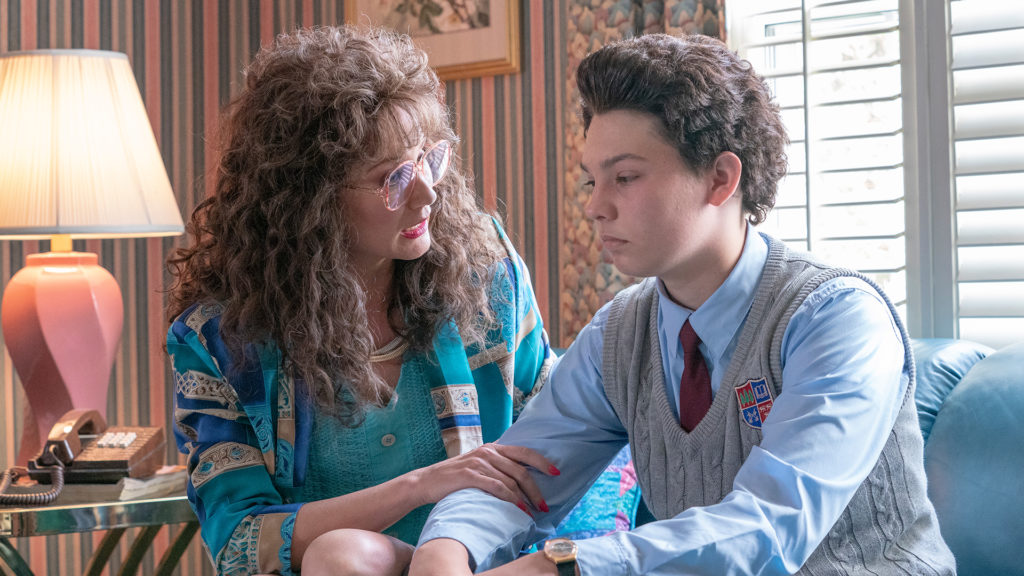 This episode feels important but has still downplayed Eli significantly. We have seen multiple facets to every other character apart from him. Eli in the present day is shut off and cold, Eli in the ’80s was warm and open. That’s about the strength of it. He hides his emotions like a mobster which makes him feel unpredictable and menacing. There is a burgeoning feeling that he could explode at any minute, mainly because it feels as though John Goodman hasn’t even begun to flex his muscles yet. He is just quietly and calmly in the background, on the verge of pouncing. We have been given a glimpse into how the Gemstones began, that Aimee-Leigh and he were trying to bring joy to people and spread the Word while making money hand over fist, but it felt like honest work. Baby Billy’s checkered past could come back to bite him, especially if any of his ex-wives resurface or Harmon joins the fold. Most notably though is how he treated his sister and how much Eli despised him for that. This is probably the thing that will bite him the hardest. Is Baby Billy a bad person? It’s hard to say, but then it’s hard to say that about any of the Gemstone family. 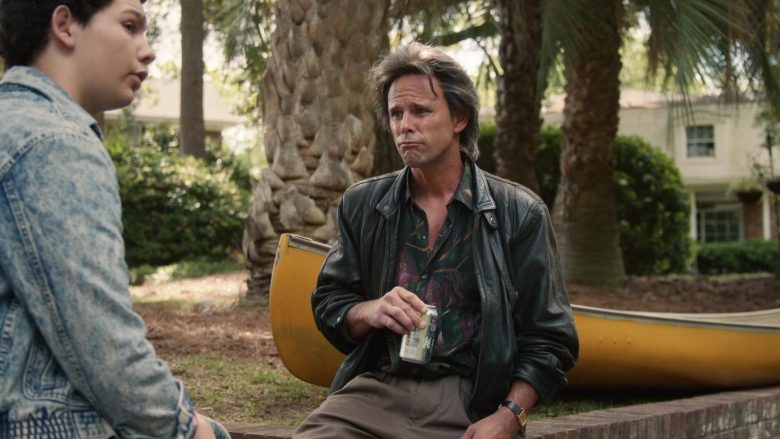 The Righteous Gemstones continues to tow the very fine line between making fun of religion and making fun of evangelists. In a recent interview with Collider, Adam DeVine spoke of how Gemstones intentionally pokes fun at the hypocrisy of people rather than of religion itself. Danny and Adam have come from religious background and didn’t want to make fun of anyone’s beliefs. Instead they focused on the hypocrisy of evangelists. DeVine recalled times he saw famous televangelists apologising on television for sleeping with prostitutes or doing drugs. That these people who take your money in return for redemption, cleansing and being taught the Word of the Lord are actually breaking commandments left, right and center. The Gemstones are doing this too, they are greedy and guilty. The traits of Baby Billy run through Jesse and Judy very strongly whereas Kelvin seems to be more like his mother. He has a much more gracious and naturally helpful side to him. Anything that deviates from that is usually in response to his brother’s snide remarks or in an attempt to assert himself to his much older siblings. 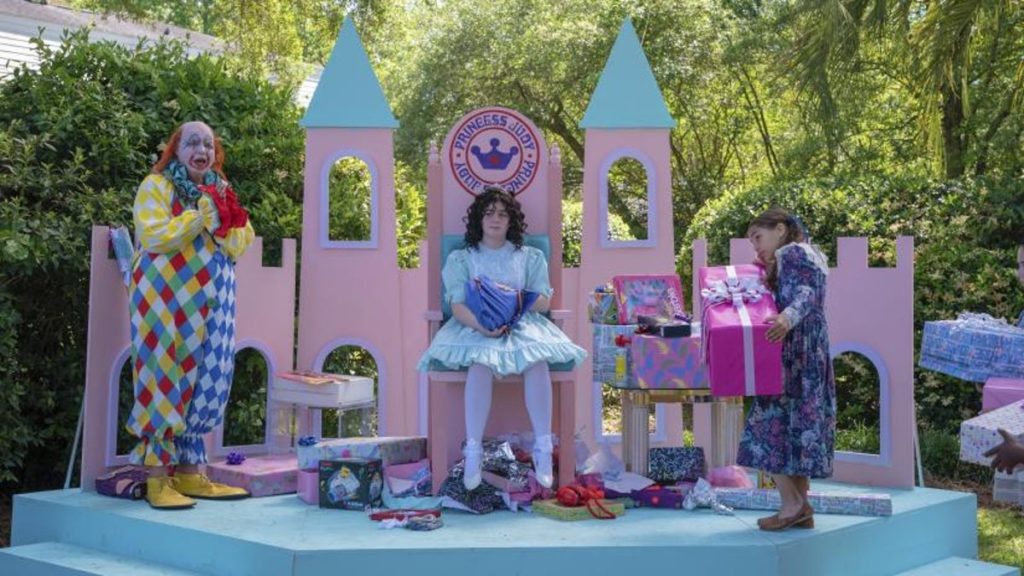 Of all the moments in Eli’s past to focus on there must be some significance as to why it was this one that had an entire episode dedicated to it. This must be the most integral and pivotal moment in the Gemstone family history so its interesting to consider where the present day story is going to go now that we know a few home truths about Baby Billy and his past. Perhaps we are going to meet Harmon now or maybe Eli plans to get revenge on Baby Billy for the way he treated Aimee-Leigh when she was pregnant. Perhaps we will get more flashbacks to the past to see what happened after that. How much was Baby Billy in their lives after this falling out? Much is still unclear but each episode is getting stronger placing Jesse Gemstone, Baby Billy and the rest in the hall of fame along with Kenny Powers, Stevie Janowski, Principal Cutler, Neal Gamby and Lee Russell. Characters are what these guys do best and the Gemstones are proof that they are absolutely at the top of their game.