While a lot of truths are brought home in this episode, reuniting the Gemstone family in a way we have never seen before, there are still some sinister mysteries bubbling under the surface. The penultimate episode wraps things up nicely and there’s an incredible cameo thrown in for good measure. 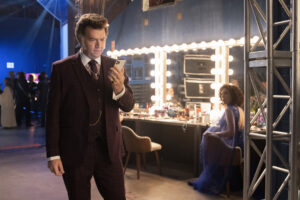 Eli coming to clean to his family about what happened all those years ago to Juniors father, Glendon, seems to provide each of them with the clarity they needed to understand what the head of their family had been dealing with all these years. In a touching moment upon his return home from hospital, Eli pays tribute to his children, and Gideon, for being there for him while he was in hospital. The only one who doesn’t get fair praise is Jesse, who is noticeably bothered by this. Jesse comes clean to Eli about his attack on Junior and Eli, furious, goes to see Junior himself for a final showdown. But what follows is nothing more than two men burying the hatchet. We come to learn that Junior himself had great issue with his father and despite not knowing where he was all these years and finding out that he has been entombed in concrete underneath Eli’s rollercoaster, he takes the news of his demise surprisingly well. However, it is here we learn that the Cycle Ninjas are nothing to do with Junior. Someone else is after Eli’s blood. Perhaps my co-writer on this series, Matt, was right when he suggested that The Lissons are behind it in a bid to tackle the issue of Jesse not being granted access to funds for the Zion’s Landing resort. However, Eli has since offered Jesse the money he needs, as a thank you and appreciation of keeping the church running in his long absence. The Lissons have barely 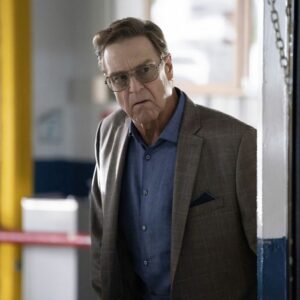 been mentioned this whole season apart from in the first episode, why introduce such an interesting dynamic to the story only to have it vanish within an episode? There could be more to this, but either way, Jesse has the green light and Zion’s Landing will be built. That will be something to look forwards to in season 3, I’m sure.

There is some more delightful moments between Judy and Tiffany, who is apart to board a bus home to her family after failing to locate and bring home Baby Billy. Judy and BJ put her on the bus and at the last second pull her off again and tell her that they are her family and she can stay with them. An emotionally charged moment, surely orchestrated by Judy for the drama, but it sees Tiffany find a home with the Gemstones. Despite being Judy’s aunt, Judy has taken on a more motherly role towards Tiffany which is a different side to her than we’ve seen before. She doesn’t have any female figures in her life apart from Amber, Jesse’s wife, and its pretty clear the two of them are not close. Meanwhile, Kelvin gets up from scrubbing the floors, busts out of his thumb casts and bears the cross to give Torsten and the other muscle men the boot from his home. As Torsten mentions, he could’ve just asked them to leave but Kelvin had something more metaphorical to overcome, apparently.

Seeing Jesse, Judy and Kelvin act like siblings again that aren’t hating on each other and seeing Eli love on them like a doting father shows a different side to the Gemstone family, and while you know they all get a real kick out of arguing with each other and fighting, the feeling of togetherness trumps it every time. They feel solid, like a unit, ready to stare their cycle ninja enemies in the face – whoever they may be. 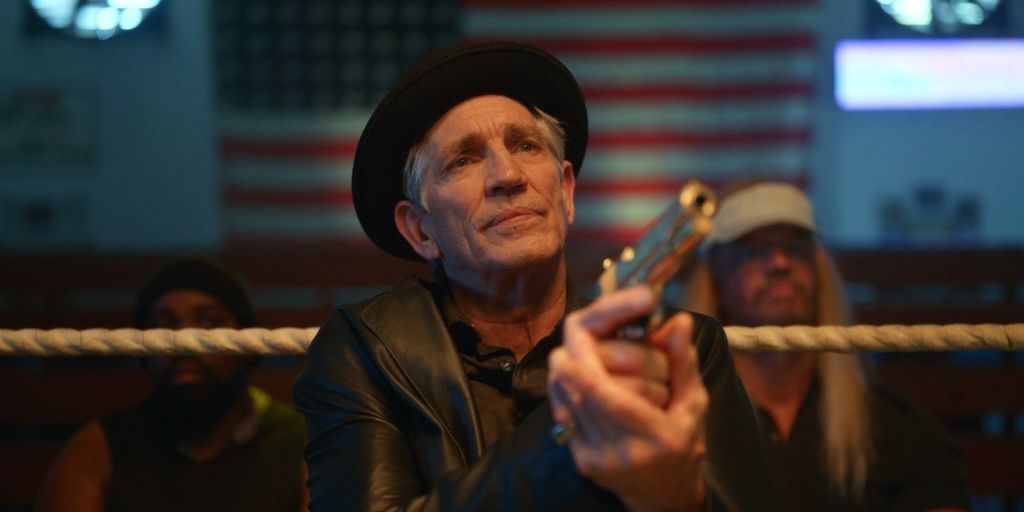 Baby Billy is still trying to sell his miracle health cure to the elderly and is visiting close to where he knows Harmon is currently living. Harmon was absconded by Billy when he was very young, in a shopping mall at Christmas. Baby Billy has done the same thing again to Tiffany and instead of letting history repeats itself, he goes to visit a now grown up Harmon (and a highly enjoyable A-List cameo) to make amends. Harmon is really not that keen on giving his estranged father the time of day but the intentions from Baby Billy are good and pure. He is trying to repent. He sees the wonderful life Harmon has now with a family of his own, knowing that he doesn’t know his own Grandchildren, or his own son for that matter.

Lots of loose ends were tied up this week, but the big one still remains. Who is behind the Cycle Ninja attacks?

The final episode of The Righteous Gemstones will be released on HBO Max on Sunday.