The Righteous Gemstones continues to impress with an outstanding episode this week focusing on family, betrayal and the culmination of Gideon and Scotty’s scheme. In an episode that not only propelled the story onward but also set characters on new trajectories for the final episodes we saw Judy betray her family, Gideon betray both his father and Scotty and also saw Baby Billy betray Eli. The only people not betraying anyone were Kelvin and Keefe who continue to be underused in each episode. 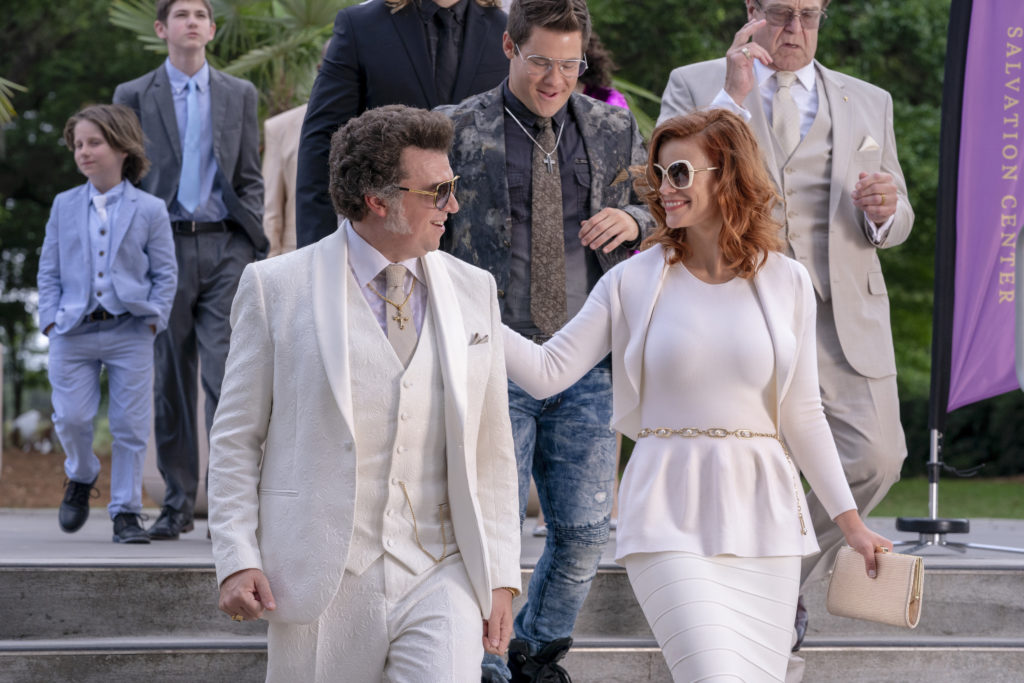 Following Judy’s success last week, where she nailed her performance with Baby Billy, she is delighted to learn that her father wants her to perform during the collection offering at the Easter service, something she considers to be a great honor, allowing her to further walk in her mother’s footsteps. Eli has finally found a place for her he is happy with and she gets to step out from behind the scenes and into the spotlight alongside her brothers. 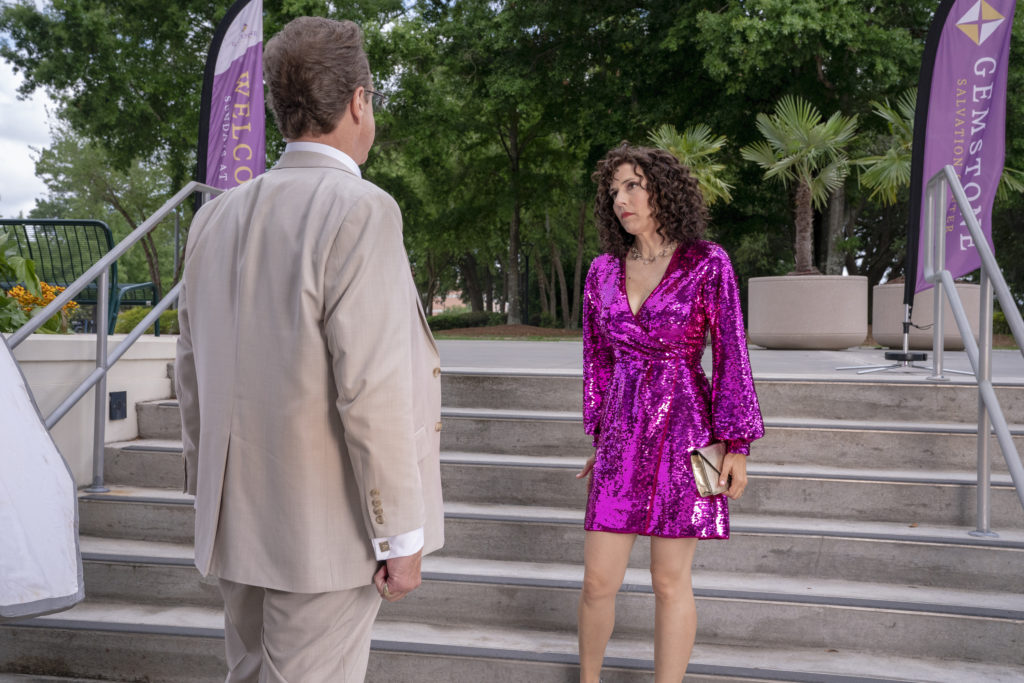 However Baby Billy quickly tramples on those dreams in a scene that exposes his callousness and ability to manipulate a naïve and desperate Judy. Judy just wants to be accepted, she just wants people to appreciate her and give her space to prove herself. She is also very spoiled, bratty and cruel to those who open their arms to her. She is a grown woman still acting like a petulant child, but she has chosen to side with Baby Billy in a growing feud and renounces her father’s request for a performance during the Easter service. The only reason she would do this, give up so quickly on something that made her so happy, is because Baby Billy has told her that it would be better for her and her career to stay with him. Despite talking down to her, she looks up to him and sees him as a way of getting her father back for all the years of being pushed aside. Sadly, in doing so, she is sullying her mother’s memory without realizing it. 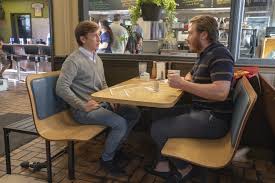 Gideon and Scotty’s plan is finally put to the test, in an Oceans Eleven type scene.  We find them sitting in a diner and working through the plan to steal all the money from the vaults during the Easter service. Gideon claims he can put his stuntman skills to use and feign injury from Scotty and Scotty can escape with the cash unnoticed and untraceable, leaving poor Gideon helpless and wounded. Now as for Jesse, he has been given the Easter service Sermon, a highly coveted role which proves that he is very much his father’s golden boy. He seeks to make amends with Gideon and takes him under his wing, pours out his heart and welcomes him back into the family. In doing so Gideon feels less like he can go through with the heist, especially as he knows that Scotty will likely cause significant injury to innocent parties due to his very unhinged mindset. However, despite the heist not going ahead and Scotty seemingly vanishing into the night, the episode ends as the Gemstones are held at gunpoint by Scotty as he escorts them to the vault, clears it out of money and escapes.

This episode evoked a great sense of family values. Gideon felt the love of his family and all the hate that he had been holding onto that was fueling him to carry out his dastardly deed had dissipated, chalking up that night in the hotel room to just a silly mistake his father made. He loves his mother and he loves his family and that is what made him change his mind. Eli Gemstone, who’s greed has been called out by Baby Billy and the local pastors, was quick to hand over his key card to Scotty who was threatening his family. Is he really that greedy if he would happily turn over millions of dollars to keep his family safe? Of course, he is, but it is family that matters most. The sense that this group of people has each other’s backs no matter what, that there is no greater bond than the bond of blood is a strong trait indeed. 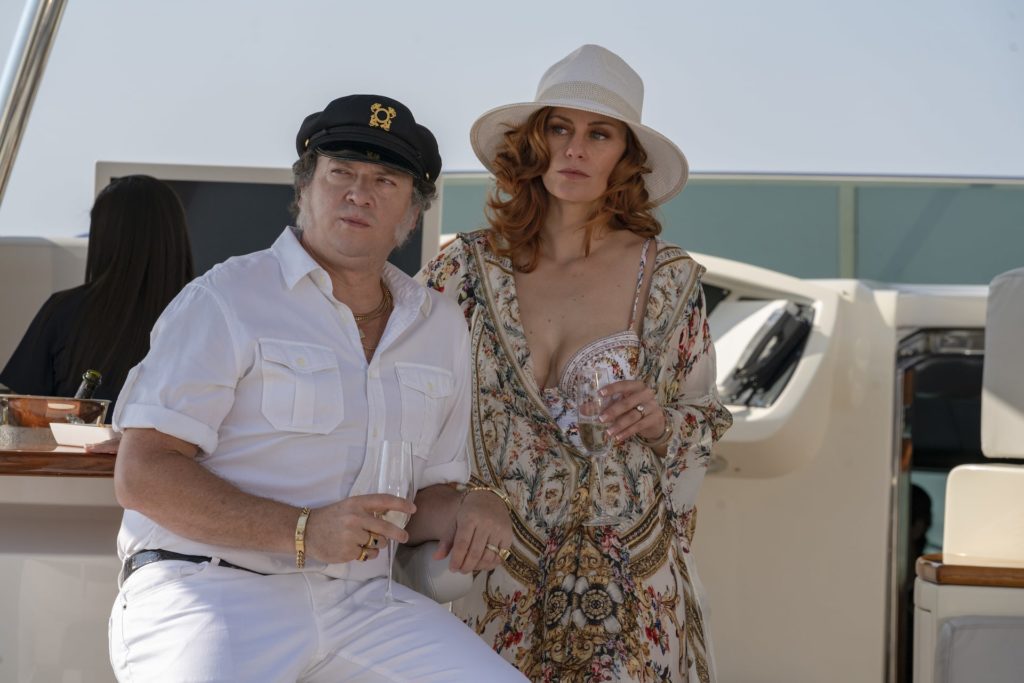 What’s next for the Gemstones then? It’s very hard to believe that Scotty will get away with what he has done, especially as Eli was left behind knowing what was going to happen and we were given a glimpse into Amber and Jesse’s secret arsenal of weaponry behind the wardrobe in their bedroom/ Yeah,  this family could do a lot of damage if they wanted to and the only reason we would be shown that is to give us a sense of what is to come. However, Jesse now knows of Gideon’s betrayal and so does Eli, so it is interesting to consider how that will affect the family moving forward. With Judy distancing herself even more from her family and into the clutches of a fame-hungry old man, she becomes very vulnerable. Eli needs to reunite his family and use that unity to avenge his church, but will he? Or will this spell the end of the Gemstone’s evangelical reign?