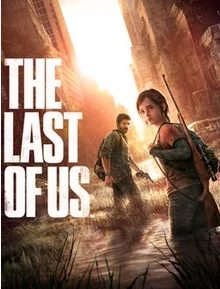 HE LAST OF US begins production this July. We have been keeping track of this project as one that excites us, perhaps because the videogame that is its source material excited us as well. The game was heralded as one of the top games out there and the game’s creator, for Naughty Dog, Neil Druckmann has his hands all over HBO’s adaptation. We can only hope his craftmanship and those accolades extend to this series as well. Don’t forget, it has CHERNOBYL’s Craig Mazin highly involved also.

Word has dropped that the series will be getting in front of cameras starting July 05, 2021, in Calgary, Alberta Canada. It even offers a specific end date of June 08, 2022. How the production knows that I don’t have the foggiest idea. The game takes place in Texas but HBO’s version might be changing the locale seeing that it is being filmed in Canada. Regardless of location, the situation remains the same – the scene requires a world post-pandemic. Civilization has been decimated by the highly infused fungal infection that has left urban areas unkempt. The production must be hoping to nail the right aesthetic and vibe because the series will be filming for almost a whole year. The time and care to set it up and shoot it right make all the difference.

With that timeline in place, we will be lucky to get THE LAST OF US in front of us by Fall of 2022. It looks like early 2023 is our best hope. After all, they do have to CGI the giraffes into the setting. But as we have been saying about HBO for years – you can’t and shouldn’t rush quality. The only other factor is the real-time pandemic we are still in the grips of. Hopefully, the production will be able to get safely underway and this timeline is honored. Time will tell and we will keep you posted as we await THE LAST OF US.