That is correct, we now can begin to speculate on just which team, out of a guaranteed list of nine are eligible for inclusion this August to appear on HARD KNOCKS, the show no one want the lead role in. Remember a team that has either appeared on HARD KNOCKS already, made it into a Playoff game in the last two years or is under new coaching that year is safe from the invasion of cameras and the scrutiny of all during Training Camp prior to the 2016 season of play. Straight from Reddit.com we have the teams under the gun. Keep in mind any one of these teams can volunteer to be the focus, as the Atlanta Falcons did in 2014, or be chosen, as the Houston Texans were in 2015. 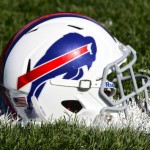 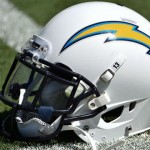 At this point we are not even sure that is 100% accurate because some coaches are being dismissed right and left it seems. That would nudge those teams out of contention because going into training they’d be under new coaching staff. So in the long run it just might be too soon to say which teams are qualified. But, for those teams squeezed out of a Playoff berth they have a bullseye on their jerseys.

So football fans if you are keeping a close eye on the standings and the firings maybe you’d like to weigh in the team you’d like to see be the focus of HARD KNOCKS 2016. Will it be a big team with big players just down on its luck? Maybe, it will a bottom team just struggling and in need of a boost?  Sure, no one is likely to volunteer, right? Whichever team it is you can be sure HBO and the NFL wants something exciting? Feel free to comment below.