His name is Kantemir Balagov (pictured) and he has been given the task of setting the tone for the upcoming adaptation of the videogame THE LAST OF US for HBO. Who, you ask? I present his bio:

Born in 1991 in Nalchik, capital of the Autonomous Republic of Kabardino-Balkaria, in the North Caucasus, Kantemir Balagov leaves the city for Stavropol where he undertakes studies in economics. But the twenty-three-year-old man’s interest is elsewhere and, while being passionate about photography, he decides to join the film department of the Nalchik University founded and directed by Alexander Sokurov. There, he directs three 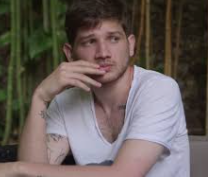 short films, including the documentary “Andriouchka” (2014) and “Me first” (2015), his graduation work. His first feature film, “Tesnota – A Cramped Life”, inspired by a real news item (the kidnapping of a fiancée on the eve of her wedding), stands out for its bitter, very personal style and its sense of space (everything is cramped, as the subtitle indicates). This atypical film has earned him the Fipresci Prize at Cannes in 2017 as well as the Grand Jury Prize and the Award for Best Actress at the Premiers Plans Film Festival in Angers in 2018. His second feature, “Beanpole”, even more ambitious in that it is a period drama, set in Leningrad in 1945, is the riveting account of the friendship binding two women trying hard to re-adapt to civilian life. This major work won the Best Direction Award at the 2019 Cannes Film Festival in the “Un Certain regard” section. – IMDb Mini BiographyBy: Guy Bellinger.

He now gets to give us the opening imagery for the story of Joel and Ellie. If you need a refresh on the plot or never played the game, it is simple. In 2013 a fungal infection spread creating the Infected. Civilization has been decimated by the infection. Survivors live in heavily policed quarantine zones, independent settlements, and nomadic groups. Joel does his part to supply the needs for his area and to keep it safe. Ellie is infected. Symptoms normally occur within two days, but Ellie claims she was infected three weeks earlier and that her immunity may lead to a cure. She becomes valuable and needs to be removed from the 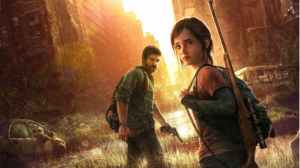 danger zones of the city to meet the Fireflies, a rebel militia who just might be able to help her. Thus, Joel & Ellie are on the move.

You can see how that lends itself to Playstation game time. Eventually, we will see it played out cinematically on HBO. But why Balagov? I have no real reason for that choice as I am not familiar with his work but it does not surprise me that an international filmmaker gets the task. Don’t forget the executive producers of this work. Craig Mazin, who helmed CHERNOBYL, seen on HBO was, worked with an international team for that acclaimed piece and Carolyn Strauss was a producer of GAME OF THRONES. International artists are on their radar and they evidently are familiar with Balagov’s work and like his style and camera sense. So, we will go along with that.