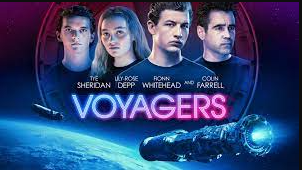 I truly did not know a single thing about this movie until I had to do my job here and generate a few words about its debut as an HBO Saturday Night Movie. So, just what is VOYAGERS? Is a sci-fi film written and directed by Neil Burger for Lionsgate. Burger does not have a lot of movies on his resume, but you might have heard of The Illusionist and Divergent out of the dozen he’s done. This work is about a space mission with a special crew onboard. Lionsgate described the work this way – Set in the near future, the film chronicles the odyssey of 30 young men and women who are sent deep into space on a multi-generational mission in search of a new home. The mission descends into madness, as the crew reverts to its most primal state, not knowing if the real threat they face is what’s outside the ship or who they’re becoming inside it.

Making up this crew of youths are Tye Sheridan, Lily-Rose Depp, Fionn Whitehead, Chanté Adams, Isaac Hempstead Wright, Viveik Kalra, Archie Madekwe, Quintessa Swindell, Archie Renaux, Madison Hu and Wern Lee. Oh, yeah, the adult onboard is Colin Farrell. His duties are best explained in the trailer as is more details about the rest of the crew.

So, in a nutshell, they are genetically designed youth who grow onboard to be the optimal crew of the vessel that is out to find a new Earth and Farrel is the one, who wakes from suspended sleep, to make sure all is going well. Except this crew is off its meds; meds that suppressed distracting emotions from taking the crew off its mission. So, now what? I guess we’d have to watch the movie to find out. Think Lord of the Flies in space.

Some critics already did when the movie came available in April 2021. New Yorker says – “Most of the youthful actors give performances of a startling lassitude, although, to be charitable, that may be the fault of the plot.” And RogerEbert.com states – “But despite the familiar nature of the themes writer/director Neil Burger is exploring, his film still offers plenty of tension and his trademark visual panache.” RT summarizes this way – 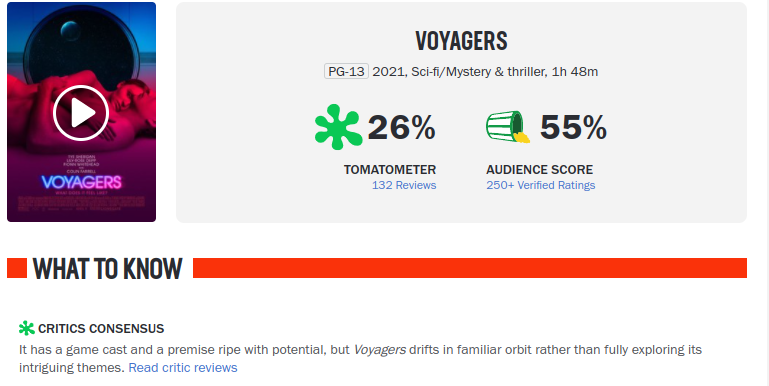