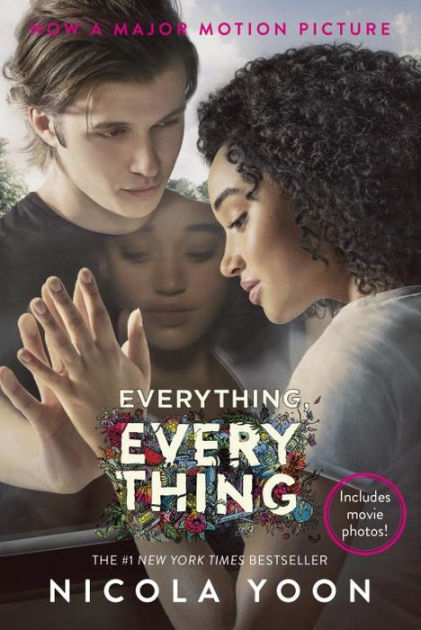 HBOWatch Editors were not able to line-up a writer to review EVERYTHING, EVERYTHING.  Oh, well not everyone is into romance movies. But, that doesn’t mean we don’t want to draw your attention to this movie adaptation of a YA novel. The source material is the same name and was written by Nicola Yoon and became a New York Times bestseller. It was just a matter of time before a cinematic version saw the light of day. It did so in 2017 with J. Mills Goodloe (The Mountain Between Us) penning the screenplay and Stella Meghie (Grown-ish) directing.

In the story, we find Maddy Whitter who is an 18-year-old with a rare autoimmune disorder that forces her to stay indoors all the time. But the arrival of her new next-door neighbor leads to a romance via texts and e-mails, and a life-altering adventure for her. She realizes that is wasn’t living her life fully until she met him. Maddy is played by Amandla Stenberg (Sleepy Hollow) and her next door interest, a boy named Olly Bright, is played by Nick Robinson (Jurassic World & BOARDWALK EMPIRE).

Straight from the official site for the movie comes these words: What if you couldn’t touch anything in the outside world? Never breathe in the fresh air, feel the sun warm your face…or kiss the boy next door? “Everything, Everything” tells the unlikely love story of Maddy, a smart, curious and imaginative 18-year-old who due to an illness cannot leave the protection of the hermetically sealed environment within her house, and Olly, the boy next door who won’t let that stop them. Maddy is desperate to experience the much more stimulating outside world and the promise of her first romance. Gazing through windows and talking only through texts, she and Olly form a deep bond that leads them to risk everything to be together…even if it means losing everything.

Aww, now doesn’t that sound like a special story? What is crucial here is the chemistry between Stenberg and Robinson to make this story work. Do they have it? Because at the end of the 1hour & 37-minute movie you have got to feel something strong between these two or the movie is a waste of time. Maybe, the trailer can help you decide.

This PG-13 movie also stars Anika Noni Rose (HBO’s THE NO. 1 LADIES’ DETECTIVE AGENCY) as Pauline, Maddy’s mother and Ana de la Reguera (Vita in EASTBOUND & DOWN) as Carla, Maddy’s nurse. It was released on May 19, 2017 by Warner Bros. Pictures and Metro-Goldwyn-Mayer Pictures. Below is Rotten Tomatoes score.

So, if you decide to catch EVERYTHING, EVERYTHING when it premieres on HBO SATURDAY, JANUARY 07 at 8:00pm stop back here and give us a piece of your mind on whether the leads had the chemistry they needed or not