Okay, I’ll admit I never heard of this cult classic, but I guess it has been popular enough to resurrect. MANIAC COP is a 1988 American slasher film directed by William Lustig, written by Larry Cohen, and starred Tom Atkins, Bruce Campbell, Laurene Landon, Richard Roundtree, William Smith, Robert Z’Dar, and Sheree North. The title character is a murderous ex-police officer returned from the dead and seeking revenge on the people who wronged him all the while being pursued by his former precinct partners. HBO, alongside Canal+, has given it a green light as a series.

Spearheading the project is producer/writer/director Nicolas Winding Refn (Too Old To Die Young and Neon Demon) and producer/director John Hyams (NYPD Blue, Z-Nation). Set in Los Angeles, Maniac Cop is told through a kaleidoscope of characters, from cop to common criminal. A killer in uniform has uncaged mayhem upon the streets. Paranoia leads to social disorder as a city wrestles with the mystery of the exterminator in blue – is he mere mortal or a supernatural force? 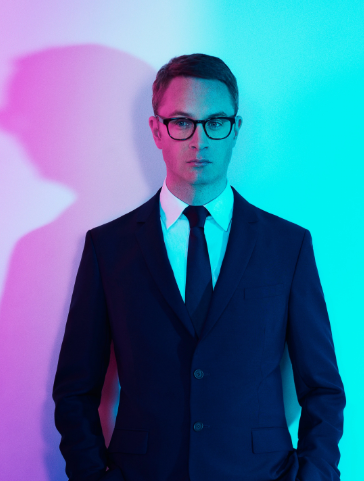 Apparently, Refn (pictured at right) has been trying to get this project to stick for a few years now and HBO will now consider it as a limited series. Canal+ will handle overseas distribution. Refn has been quoted as saying –

“I’ve always been a devoted admirer of John Hyams. We’ve been talking about a re-imagining of the Maniac Cop films for a number of years, but as we continued to work on the material, we found ourselves wanting to explore the world we were creating in greater depth. Turning Maniac Cop into a series will allow us to realize our wildest ambitions and to reach an enormous audience through partners HBO and Canal+. This show will be an unadulterated, action-packed horror odyssey. Given the current state of the world, though, Maniac Cop will also be a strong commentary on the decline of civilization.”

Refn will serve as showrunner with both Refn and Hyams directing the entire season. It would be a unique blend of THE WIRE and TRUE BLOOD with a dose of Todd McFarlane’s SPAWN thrown in. We will keep you posted. In the meantime, you might be able to find the movie Maniac Cop and its two sequels somewhere. Or, if not, here at least is the original trailer of the source material: