In need of a good laugh? Perhaps your a huge fan of Ricky Gervais and Stephen Merchant. Better yet, maybe your a big fan of ‘Willow’ or Wicket the Ewok in ‘Star Wars: Return of the Jedi.’ In any case, pick up a copy of ‘Life’s Too Short’ The Complete First Season on Blu-Ray (UK) or DVD. 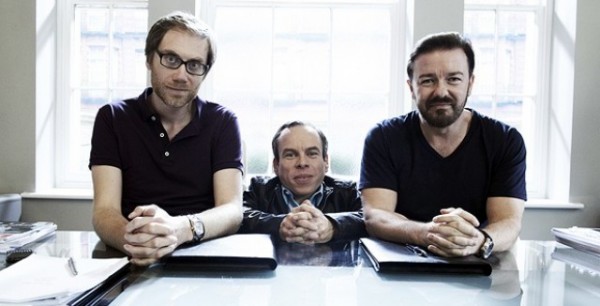 ‘Life’s Too Short’ follows dwarf-entrepreneur and (self-proclaimed) famous Hollywood actor, Warwick Davis on his pathetically brilliant journey to resurrect his dying career. In the midst of a divorce settlement, Warwick must use his slapstick ego and Hollywood connections to pay off his massive tax bill. The mockumentary features celebrity cameos by Liam Neeson, Johnny Depp, Sting, Steve Carell, Helena Bonham Carter, Cat Deeley, and others. ‘Life’s Too Short’ will leave you in uncontrollable laughter as you follow Warwick salvage his pride in a series of humiliating situations. 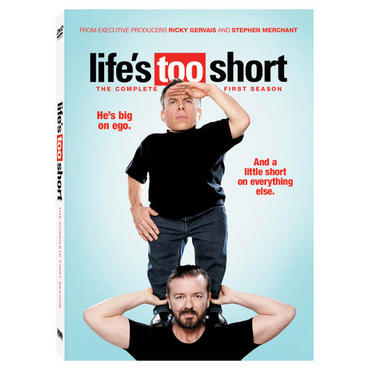 ‘Life’s Too Short’ is one of the funniest shows on television. Warwick Davis does a fantastic job portraying himself as an egotistical, washed-up actor. The celebrity cameos are the highlight of each episode, and boy do they deliver. My particular favorites are Liam Neeson and Helena Bonham Carter. I was in tears! It’s a real shame that show wasn’t rewarded a second season, but HBO reports that a Special will run to properly close out the series.

Are you a fan of Warwick Davis, Ricky Gervais or Stephen Merchant? Don’t be a wanker! Pick up a copy of ‘Life’s Too Short’ The Complete First Season.