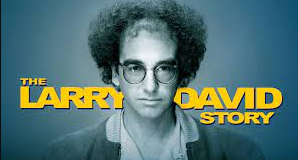 Just scratch your head and say “Meh” (man, that’s a world I never use.) We had just posted a few days ago, within the “What’s On” post for March, that the two-part documentary THE LARRY DAVID STORY was going to debut on HBO on Tuesday, March 01. But just the day before its premiere it has been pulled from the slate and the trailer associated has been shuttered. What gives?

It all boils down to the fact that the celebrity biography was pulled by the subject itself at the 11th hour. It has been reported all over the internet that Larry David was not happy with the finished product and opted to redo it with a live audience instead.

In THE LARRY DAVID STORY, the 74-year-old sits down with friend/director Larry Charles and gets candid about his personal and professional highs and lows. He reflects on his bumpy road to success and hit series Seinfeld and Curb Your Enthusiasm, and shares his thoughts on everything from metaphysics to parenthood.

That is the bare facts of the matter. David had creative control of the piece and HBO clearly doesn’t want to upset this star so the premiere was withheld. But it does, and has, raised a bit of thought. Was it a good move or a bad one and isn’t the timing a bit unprofessional? 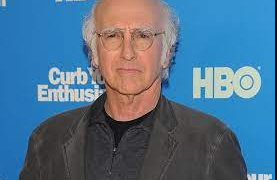 First, let’s question that timing. As a creative behind the project wasn’t David monitoring the progression of the piece? He pulls it after it is in the can and all media announcements have been played up for its debut. Didn’t he aid in editing and reviewing the final product before the publicity rolled out? It is perfectly okay to pull the idea, as is his right, but to wait for it to the last second to do so seems like a bit of ego was in play or a bit of genius.

Think about it, David pulled it just when all fans were anticipating the debut. He pulls it, but the notion that it is out there raises the awareness for it and allows for an audience to now build in bigger anticipation. If you approach this as the creative forces saw a bigger opportunity here than just another dime-a-dozen celebrity biography. David, whether it was at the last minute or not, saw the opportunity to turn this somehow into an HBO Special in front of a live audience instead. HBO Specials are far and few nowadays; the re-packaging of the piece might just play in its favor and David saw that and pulled it. It all plays as a publicity stunt and a clever business move.

Unless you look at it from another angle. Was it just Larry David’s ego at play? What if it wasn’t a late idea for a better business move but more about David not 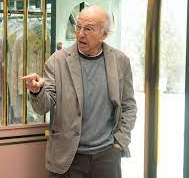 coming off in the film just the way he wanted? The abrupt cancelation then looks more like an unprofessional move by a spoiled Hollywood brat who wants to be seen in a better spotlight no matter what it does to HBO’s slate. Just how does this two-part piece turn into a live event anyway? Is he going to screen it in front of a capacity crowd somewhere? Is he going to recreate the very interviews he had verbatim live on stage and airs clips of his stints intercut throughout or is he going to trash the whole thing and talk his life out in a one-man standup performance instead? Regardless of how it is reformulated, is that not a bit of disrespect for the creative talents that put the HBO Documentary together in the first place?

Yeah, I told you that this raises questions, but in the end, David has you thinking about him and what his next appearance on HBO will entail. So, what do you think? Is it good business or a Hollywood brat in play?