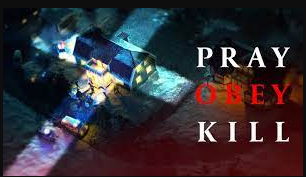 Overview: This five-part documentary series from acclaimed investigative journalists Anton Berg and Martin Johnson, and directed by award-winning filmmaker Henrik Georgsson (“The Bridge”), revisits a complex Swedish murder case from 2004 that gained global attention. On a cold night in January 2004, gunshots rang out across the remote Swedish village, Knutby, home to a small, tight-knit Pentecostal congregation, leaving a young woman murdered in her bed and her neighbor suffering from multiple bullet wounds. Attention soon turned towards the community – the victim’s husband, also the sect’s pastor, the victim’s 26-year-old nanny, and the sect’s leader known as “The Bride of Christ.”

The case gained instant international notoriety when the nanny confessed within days, claiming she was told to commit the acts of violence through a series of text messages from God. What soon emerged, however, was a tale of a scandalous love triangle and details of another suspicious death that had occurred years before. Behind it all were the mysterious actions of the sect’s leader who exerted an increasingly powerful pull over her congregation. Tracing the chilling events of January 10, 2004, and the resulting police investigation, criminal trial, and its aftermath, PRAY, OBEY, KILL highlights Berg and Johnson’s meticulous re-examination of the case. Their investigation includes in-depth interviews with journalists and police investigators who covered the crimes, as well as former members of the Pentecostal sect, some of whom are speaking for the first time about the psychological and physical abuse they suffered. Debut Date: April 12, 2021.

Expectations: The details are thorough. The case is unique. Five lengthy installments seem a bit much to watch timely but I admit I’m intrigued.

1.) To unravel this crime, we start with a setup for a video interview of the pastor in question, Helge Fossmo (pictured). He agrees to the interview after serving 17 years of his life-in-prison sentence. But like a well-crafted story, we don’t hear all that conversation from the get-go. The whole crime has to play out for us first.

Oddities about the crime surface quickly. The police commander about the crime scene – like in Twin Peaks – strange, onlookers were not crying, distraught, or shocked, just silent. Also, the pastor was aiding the ambulance team in the injured victim’s house across the way, nowhere near his own home where his wife 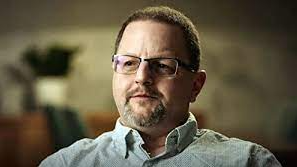 Alexandra lay dead. He even escorts Daniel Linde (the second victim) to the hospital. Now, that is all quite odd, pulling the viewer even more into the story and also making the viewer understand why this is a series in five parts. It is so because all the twisted layers of this story will take time to unravel.

The pastor is a suspect but he was asked if he knew anyone who might have a grudge against the victims and the name of Sara Svensson is dropped. She is questioned and confesses to the crime by revealing where the murder weapon was thrown and the shoes she wore were ditched. Should be case closed, right? Her police interrogation was haunting and vague.

But Helge is still suspicious. Phone tapping had revealed small conversations that made it clear that the church would stand in solidarity that Svensson was the sole perpetrator of the crimes. Also, texting revealed that Helge was having an affair with Linde’s wife Anette. And upon that fact, the congregation supposedly disowned Fossmo. Adding to the twist is the reveal that Svensson was receiving anonymous text messages also leading up and during the shootings. She was being ’brainwashed’ to carry out the deed.

We come back to the 2019 interview to learn that Helge claims he was being blackmailed to pass on those instructions from his Leader. So, someone else was really in charge of the death order?

2.) The investigators, Anton Berg & Martin Johnson (pictured), are studying this from every possible angle and are quite impressive in doing so. Former pastors and 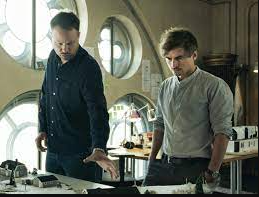 followers come forward to tell of their time in the Knutby church because “the truth will set you free.” They all substantiate the claims that Helge was in constant communication with Svensson including after she fled the area and went into hiding. But then again it comes to light that someone else was guiding the shady actions around this crime. Hopefully, in the third installment, we stop spinning around and reveal that person, because the way this documentary is constructed so far it is getting drawn out a bit long. A whole hour was just spent on the friendship between the pastor & the murderer.

3.) She has been spoken of briefly but finally in the third installment we are able to learn of the large influence she had in the whole situation. We learn about – The Bride of Christ, Åsa Waldau. She seems to be a person of interest. Our investigators seem to be talking about Waldau because they do not understand the title she is given and if they can spin the case towards a cult brainwashing someone to commit a crime then that is a big story. The church was traditional Pentecostal up to her arrival so she holds power. But, is she involved at all, or is this indirectly aiding Helge, thus using her as a deflection off of the truth? The episode is spent mostly examining her and Hegle’s combined influence over the church. But jealously rises when Helge is smitten by Sara.

4.)  We learn that not only was Åsa negative against Sara she also had spurned Helene, Helge’s first wife as if Helge belong to Åsa and no one else. The Bride of Christ is finally explained and she had turned against her own congregation for not praising her and recognizing her as the Queen of Heaven. And they in their odd faith tried to idolize her but she started turning violent against them.  We see the trial going full-on to convict Sara, but the investigators due to their diligence, begin to see inconsistencies about certain elements in the case. Now, this thing is finally cracking open. 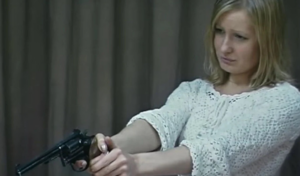 It all boils down to two factors in this case. One detailed quite well the other leaves us hanging. The behavior of Sara Svensson (pictured, recreating the crime) and the reenactment of her crime is grossly conflicting. It seems after studying her testimony enactors recreated the scene of the crime but they edited it heavily and ended up staging a fictionalized version of what they imagined was the plausible way the crime transpired. In the end, it held no weight. So, eventually, years later, they had Sara Svensson reenacted it and she tried to play it out as she remembered it even though the filming investigators tried to influence her to enact it the way they interpreted it. Once again, this skewed the validity of the whole matter. Sara had already served her punishment and any further investigation fell apart.

But that leaves us with the one person who did or should hold all the answers and that would be Åsa Waldau. Even though Waldau is featured throughout, she declined to participate in the docuseries. Waldau remains a free woman and has changed her name, leaving many questions of the Knutby case still unanswered.

Conclusion: The major fault of this piece is just the way it was structured. Five hours to tell the Knutby story was a bit long; especially so when we deduced that the Bride of Christ was the key to it all in Episode 3 but, had two more hours of the story yet to tell. Then, to top it off, the story is never 100% resolved because the keystone of it all was shrewdly not involved. But it certainly was intriguing.

I’ve since learned that since this documentary series was a part of the HBO Nordic works since purged from HBO, it is not available to view there. You must seek it elsewhere.