Oh, sorry fans, but I almost missed this one. Again, sorry, but I’m not a fan. But, never the less, some of you are, or should I say, enough of you are, to warrant HOW TO WITH JOHN WILSON to make it to a third season. 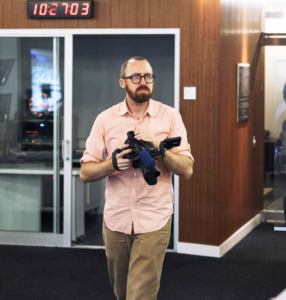 HBO announced that the critically acclaimed docu-comedy series HOW TO WITH JOHN WILSON has been renewed. In season two of the series, documentary filmmaker and self-described “anxious New Yorker” John Wilson continued his heartfelt mission of self-discovery, exploration, and observation as he filmed the lives of his fellow New Yorkers while attempting to give everyday advice on six new deceptively simple topics. Nathan Fielder, Michael Koman, and Clark Reinking, who previously worked together on “Nathan For You,” served as executive producers.  Building upon season one, the episodes took unexpected turns but were grounded in John’s refreshing honesty. The second season concluded on December 31, 2021.

Currently nominated for a WGA Award for Comedy/Variety Sketch Series, New York Times hailed season two of HOW TO WITH JOHN WILSON as an “ambitious, adventurous, wildly eccentric and incredibly smart comedy” with an “enduring power of the real” while IndieWire named it “one of the best docu-series of 2021.” Variety called the series “stellar” praising John’s narration as “one of TV’s best performances of 2021.”

Of course, it is never too late to binge the first two seasons of the show but, there will be a bit of a wait for Season Three. Perhaps he will throw that camera up on his shoulder and hit the NYC pavements this summer.

Please, if this is your thing come on over and educate me; tell me what I’m missing.