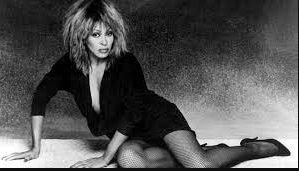 Overview: TINA, a feature documentary from Academy Award-winning directors Dan Lindsay, T.J. Martin, and Lightbox is a revealing and intimate look at the life and career of musical icon Tina Turner, charting her improbable rise to early fame, her personal and professional struggles throughout her life and her even more improbable resurgence as a global phenomenon in the 1980s. dynamic account features insightful interviews with Tina herself, conducted in her hometown of Zurich, Switzerland, and with those closest to her. It also features a wealth of never-before-seen footage, audiotapes, and personal photos, telling a deep and absorbing story about the queen of rock ‘n’ roll in all its complexity. The documentary includes interviews with Angela Bassett; Oprah Winfrey; journalist Kurt Loder who co-authored “I, Tina,” which inspired the feature film; playwright Katori Hall, who scribed Tina – The Tina Turner Musical; and husband and former record executive Erwin Bach, among many others. Debut date: Saturday, March 27, 2021

Expectations: I always go on about how I dislike celebrity biographies. Perhaps I should amend that. I dislike them unless they are about a celebrity I like. I’ve always liked the artistic persona that is Tina Turner. To use the old cliché, her music is a part of the soundtrack of my life. So, when I knew this documentary was forthcoming, I was eager for it. I watched it twice.

Gut Reaction: Like I said I watched it twice. I watched it when it debuted and I just watched it a day ago when I knew it was next to review. One element of these types of documentaries that I don’t like is all the ‘talking heads’ that analyze the subject and cap it off with an anecdote or two. TINA has very little of that. The commenters they do offer are relevant in Turner’s life, they are not just celebrity fans of the artist wishing to get onscreen to praise her. The participants used are almost necessary, like Kurt Loder, who was nice to see again. 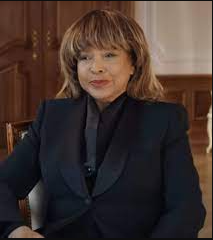 The one doing most of the talking, from her home, is Tina Turner, as it should be. I hung on to every word. I like the one review I saw of this piece back when I watched it the first time. It is from Aramide Tinubu, for NBC News, who wrote the following line from a larger review – “It is Turner’s reflection, her thank-you and her true farewell. With a career that stretched back to 1957, the singer has given us more than we ever deserved. Now, she’s saving the rest of it for herself.”

We get her story as she wanted to tell it. There are parts of her life skipped over though, like her children, some of which are estranged from her. Perhaps they remind her to much of her first husband Ike Turner. We all know the gist of that relationship as it is an aspect of her life that got told over and over. She addressed it all in her way, and what catches you is that she, even to this day, is weary and tired of its trauma and the constant talk of it. She finally, hopefully for the last time, puts it to rest. But we all also know that it doesn’t end there. Her resilience, her tenacity, her strength carry her on and makes her a superstar sensation and we are glad for her.

Combine all that with the archival footage from the late 1950s to the 1980s and onward and you are caught up in the persona that is truly the Queen of Rock and Roll. My adulation of her might taint my critical review of this piece but I was caught up in it. To see her shimmy, sweat and shake without missing a beat, to see her strut in high heels, to see her rock a stadium concert again. It was a WOW for me. TINA gave us all we appreciate about her and made us understand the keynotes of her life. If you want a celebrity bio you want TINA.

Conclusion: Tina Turner puts herself out there. Yes, the film skips over a few years and some key relationships but you get her full essence and reaffirm her iconic status. It left me fulfilled and left me saddened as this, as Tinubu alludes to, seems to be Tina’s thank you & goodbye to her fans and public life. But we will always have her music! Simply, the Best. 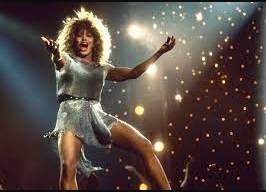