Edgar Wright’s last departure from his tried and tested Cornetto formula was a grand success. Baby Driver was an excellent and original exercise in all of Wright’s now trademarks but applied to a US-based crime caper. Similarly, Scott Pilgrim vs The World stands the test of time as a perfect adaptation from a director perfectly suited to the source material. Last Night In Soho is the latest original work from the now well-established and regarded filmmaker, and for that alone should be hailed. Where Marvel’s bank account buffer had come a-calling, Wright has ultimately and unequivocally continued to forge his own path. As a director, much like his pal Quentin, he has always been fuelled by genre (again, commendable and fun), and this is no exception. 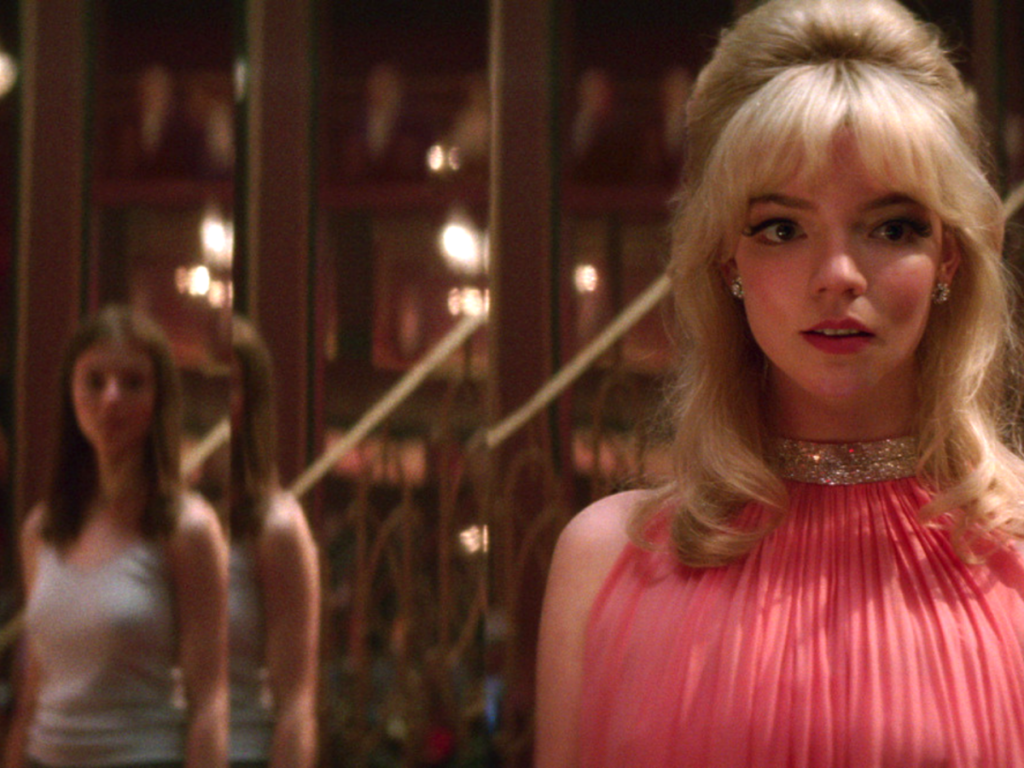 With Soho, he leans full tilt into British horror draped against a backdrop of the swinging 60s, featuring muse of the moment Anya Taylor-Joy and Matt Smith (hey!) as his period pace-setters, while the ever-dependable (remarkable for her age) Thomasin Mackenzie holds the fort in the present day, as the ugly duckling, fish-out-of-water arts student who subconsciously taps into the zeitgeist of that era, for better or for worse. As Ellie, she is a rural escapee, raised by her grandmother, who has finally fled Cornwall for London in order to pursue her dreams of being a fashion designer. Naturally, and not at all cliched, she struggles to fit in, and upon bailing on a first-year dorm, ends up renting an apartment from the elderly and mysterious Ms. Collins. All is well until she begins to dream as someone else, the beehived, shagadelic Sandie – an aspiring club singer from 50-odd years previous. Initially, all seems pleasant enough. Ellie is even inspired to draw from Sandie’s influence, both in her own stylistic choices and in transference to her designs. 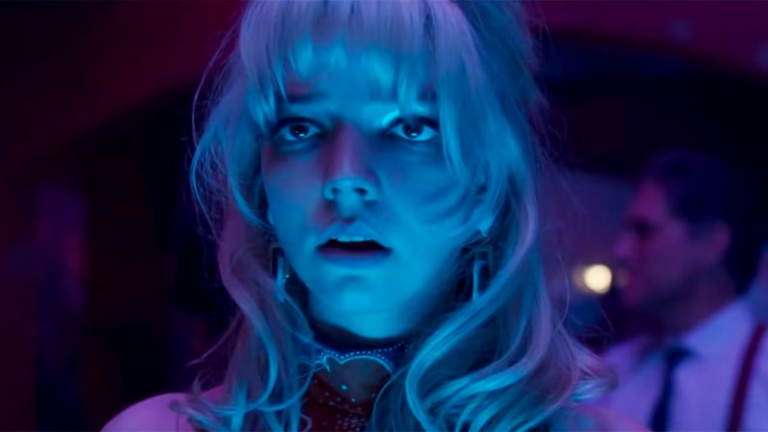 As you would expect, and as becomes more typical of the film as it wears on, not is all is it begins, and the nightly pleasantries fall away. Ellie starts to lose track of where she ends and Sandie begins, which, perhaps, is the most obvious sentence that could ever be written about this film because, for all of Wright’s well-informed trickery, it never manages to rise above gloss with any amount of plot or mystery. The most frustrating element about this, though, is that the film, and Wright, in turn, believe that it does. As there are progressions and reveals, twists and turns, it is almost as if Wright is sitting next to you in the cinema (on the couch) and tapping you on the shoulder every time anything happens and saying ‘I bet you weren’t expecting that were you?’ Except, we are. Even if we weren’t, it just isn’t that interesting, or entertaining. It simply seems too wrapped up in its own desperate attempt at the ironic acceptance or escape of genre trapping to even be fun – as if Wright and co-writer Kristie Wilson-Cairns (1917) decided that there was only a singular way in which this film was to be consumed and/or enjoyed. Either you get that and you love it, or you challenge it and you hate it. There’s only one way to find out.

Last Night in Soho is now available to stream on HBO Max and debuts on HBO’s channel Saturday, July 16.