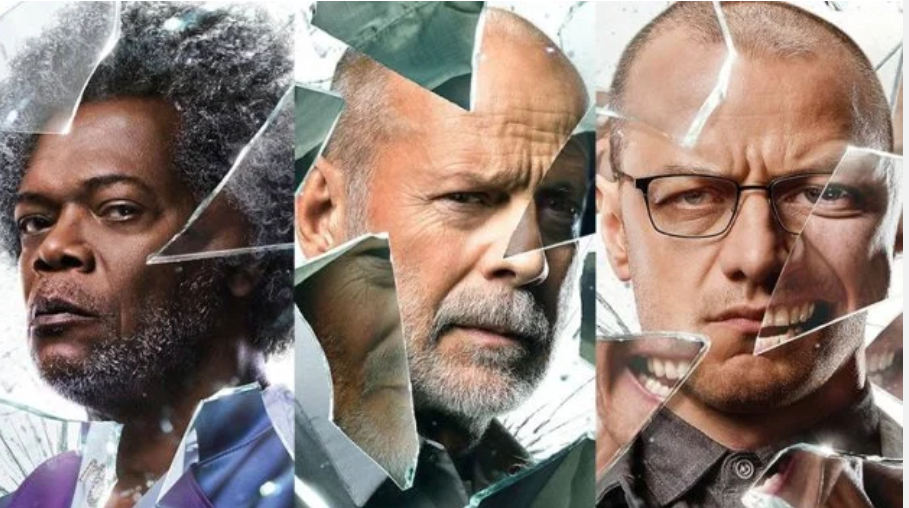 One of the greatest film surprises of 2016 was M. Night Shyamalan’s thriller Split, starring James McAvoy as Kevin, a man with Dissociative Identity Disorder who kidnaps a trio of young women. Unbeknownst to audiences, Split was a surprise sequel to Shyamalan’s 2000 film Unbreakable. Though Unbreakable had received a lukewarm reception from audiences and critics upon its initial release, its reputation had grown over the years. Time has named it one of the best superhero movies of all time. Cinemaphiles, myself included, were hoping for a sequel and had given up on one until the release of Split, which featured the surprise return of David Dunn (Bruce Willis), the unbreakable hero of the first film.

With the two films in place, Shyamalan was able to release the third and final film Glass in 2019. Glass is titled after the supervillain name chosen by Elijah Price (Samuel L. Jackson), a mastermind with a condition that renders him infinitely vulnerable and, well, breakable. Set three weeks after the events of Split, Dunn 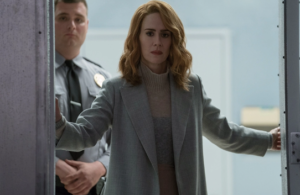 patrols the streets in search of Kevin, knowing that his powers and strength represent a threat to everyone, including the police. As the two confront each other, they are captured by authorities and sent to a psychiatric hospital, where Elijah has been a patient for 19 years, since the events of Unbreakable. Inside the hospital, the three men are treated by Dr. Staple (Sarah Paulson, pictured), a psychiatrist who tries to convince them that they are suffering from delusions of grandeur, that they are attempting to cast themselves as comic book characters in an effort to give their lives meaning or significance.

Glass is truly its creator’s film. One gets the sense that Shyamalan made the film he wanted to make every step of the way, as he continues to subvert viewer/studio expectations at every turn. Its reviews were not great, yet I feel that it will be better reviewed in future years. Like its predecessors, the film is designed to be a “realistic” comic book film (an aesthetic that Shyamalan had chosen long before Christopher Nolan’s Batman Begins or Todd Phillips’ Joker). Despite this realism, however, Glass’ design displays more flourish and more whimsy than Unbreakable or Split, most notably in its lush use of color for costumes and interiors (the exteriors in the film are purposely lacking in color). Though there are some onscreen feats of heroics and villainy, they are largely sidelined in favor of character moments. Just like Unbreakable, Glass ends in a way that may prove unsatisfying to some. Shyamalan confounds viewers and critics by not giving them what they want, and this makes for some polarizing opinions on his work. I personally wished there was more meat to the plot, but I really liked the film, especially its ending.

The performances in Glass are pitch-perfect from all the leads, and McAvoy is once again a stand-out playing multiple characters inside one body and adding a vulnerability to a character with super-strength. In fact, all three super-characters display great moments of vulnerability, and that is what makes Shyamalan’s trilogy so interesting: the connections these men make, their choices, and their place (or lack thereof) in a world that prefers the pedestrian over the magical.

My one complaint about the film is the waste of Anya-Taylor Joy as Casey. Casey went toe-to-toe with Kevin in Split, and I was hoping that her presence in Glass would give her more to do. Sadly, she is not a major part of the plot this time around. That being said, it was great to see characters from the previous films make appearances in Glass, and they each interacted in crucial ways with the three leads. 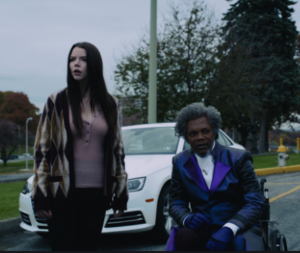 Like all films that end a trilogy, Glass will divide viewers. I remember watching Unbreakable in 2000 and marveling at what it was able to do with the comic book genre. Though comic book films have existed for decades, the genre had not been experiencing great popularity at the time of Unbreakable’s release. What is particularly interesting in hindsight is that the film acted as a deconstruction of a genre that had not yet seen its “classical” stage. Deconstructions usually happen after the traditional “construction,” not before, yet Unbreakable deconstructed the “classical” genre tropes set by films such as Marvel’s Avengers series before Marvel ever made those films. Though Glass does not rise to the level of Unbreakable (it was released to a world full of comic book films), it is nevertheless a compelling end to one of the most innovative comic book series the cinema has ever seen.

Glass debuts on HBO and is streaming sites Saturday, October 19 at 8:00pm.