The call to arms for TIME’S UP is still going strong and calling out abusers/offenders across all walks of life and across the country. The entertainment industry and Hollywood have been hit the hardest and has even affected HBO. We’ve reported that Louis C. K. content has been purged from HBO’s platforms, but that Jeremy Piven’s ENTOURAGE has not and that Mark Halperin has been dropped from his writing obligation also due to inexcusable acts. Now James Franco of THE DEUCE is under scrutiny for inappropriate behavior. 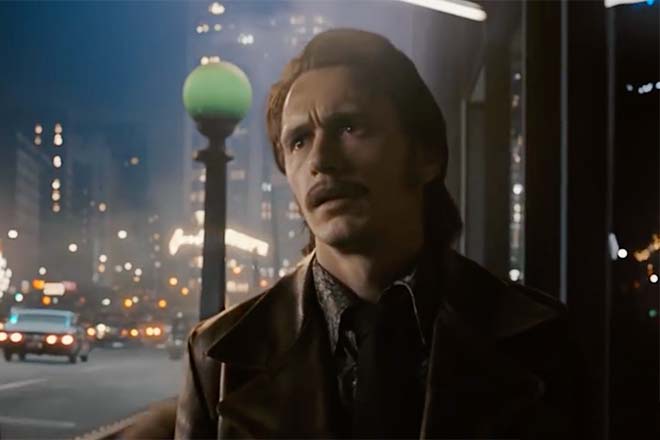 Especially since walking away from the Golden Globes with an award tucked under his arm last week the actor, seen in two roles in HBO’s THE DEUCE as well as executive producer of same, has been accused of misconduct from actress Ally Sheedy and others. Since the allegations have arisen HBO felt it save to claim that –

“We have verified that no complaints about Mr. Franco have come in on The Deuce production.”

“I’m still reading it the same as everyone else, trying to discern what is or isn’t there. Personally I can only speak knowledgeably to ‘The Deuce.’ I’ve checked with all my fellow producers and other personnel. We have no complainant or complaint or any awareness of any incident of concern involving Mr. Franco. Nor has HBO been approached with any complaint. In our experience, he was entirely professional as an actor, director, and producer.”

James Franco had quite a bit to say on the matter on The Late Show with Stephen Colbert just recently. In part he said –

[the accusations] “are not accurate. I have no idea what I did to Ally Sheedy. I had nothing but a great time with her. I have total respect for her. In my life, I pride myself in taking responsibility for things I’ve done. I have to do that to maintain my well-being. I do it whenever something needs to be changed. If I have done something wrong, I will fix it — I have to. That’s how that works. I don’t know what else to do.”

What does that mean for THE DEUCE? Well, we already know that it has been renewed for a Season Two and that it would be difficult to write out the Martino Brothers’ side of the story. To date HBO is standing by the series and Franco’s contribution.