Overview: This documentary investigates the secret crimes of Father Lawrence Murphy, a charismatic Milwaukee priest who abused more than 200 deaf children in a

school under his control. The film documents the first known public protest against clerical sex abuse in the U.S., which led to a case that spanned three decades and ultimately resulted in a lawsuit against the pontiff himself.  At the heart of the film is a small group of heroes –Terry Kohut, Gary Smith, Arthur Budzinksi and Bob Bolger. These courageous deaf men set out to expose the priest who had abused them and sought to protect other children, making their voices heard. The filmmaker uses the voices of actors Chris Cooper, Ethan Hawke, Jamey Sheridan and John Slattery to tell the stories of men abused by Murphy. However, it is the faces and expressions of the courageous deaf men that illustrate the indelible effect Murphy continues to have on their lives. In addition to the Father Murphy case, this Alex Gibney Film spotlights simila 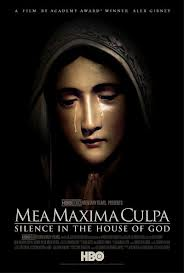 Expectations: Pedophilia by clergy; that is one serious hot topic.  Though this documentary will try to look at the large scale problem as it traces all the way to the top echelon to lay blame it has to be broken down. It has to be told to us by citing examples. The main example as mentioned in the paragraph above is a powerful one. 200 molested children are at the heart of the matter. I expect this examination of the problem to really only scratch the surface but stir up emotions.

I also know that those emotions will be the ones Gibney expects from viewers. Also what will remain is the burning question – why was…no, why is this allowed to happen?

Review: It is a gripping 107 minutes indeed. The emotions do easily well up. My own ran the gamut but I leave the emotional impact you feel up to you. It is also a scathing criticism of the Catholic Church. The only problem is the Catholic Church is not present to defend itself or explain what efforts it has spent on preventing crimes as depicted here. Is this truly the behavior of the Church? I’m still left wondering. Mr. Gibney ( at right) leaves us with information that warrants follow-up or expertise and it is just not there. 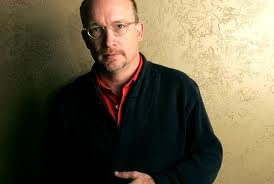 Lastly, to me this documentary is a study of the word “silence.” It causes one to reflect on the silence that seems to settle on a sanctuary; it is about the silence the victims experience, they hold their trauma in silence and they are silent as they are deaf. It also explores the seeming silence of the Church as it seems to turn a deaf ear. The question of why this happens, due to the telling from only one side of the issue, still goes unanswered.

In Conclusion: This documentary could and perhaps should have been about any seat of authority that abuses that allows persons to inflict sex abuse upon another. It could have been about the football coach and the camp counselor as well. Yet, it attacks only the Catholic Church.

I’m not here to debate the issue just to tell you about the approach this documentary takes in addressing the issue. It is a one-sided approach and, it seems, that the filmmaker does not take the task very objectively. The best thing to say is to watch it and decide for yourself.