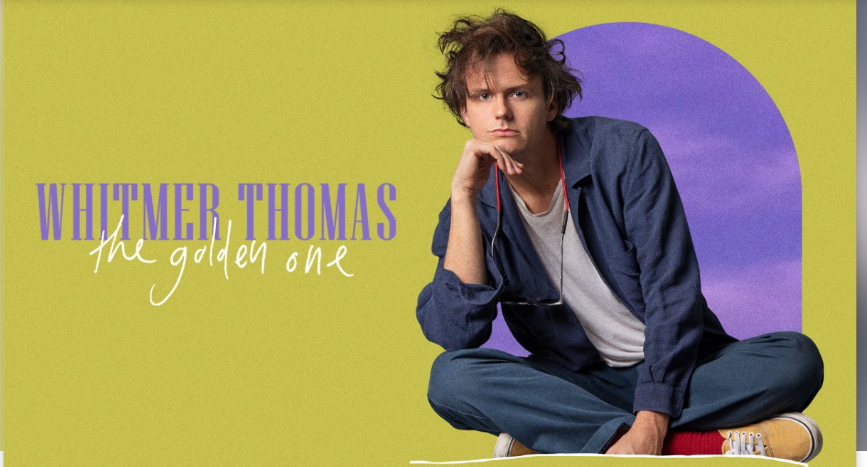 The other weekend we got another HBO Comedy Special from an entertainer we never heard of but were curious to check out. So, we finally watched WHITMER THOMAS: THE GOLDEN ONE to discover quite an unconventional performance. That unconventional tone. that all breakout comedians are going for today, makes it easier to label this work as something other than a ‘comedy special’. It is more of a documentary or frankly, a therapy session.

Stand-ups always seem to tap into the baggage they carry, directly or even indirectly at times, but Whitmer’s time seems to be flat out therapy for him. His session is just for us to witness. He expresses it scantly in his humor, a bit more strongly in his emo-rock songs and caps it off with the filmed moments with family in between. I didn’t find the whole hour all that funny but is quite interesting.

For his gig, he arrives at the Flora-Bama Lounge on the panhandle border between the states where his late mother once performed. It is a cool venue for HBO to film at as opposed to a rented theater space. What makes the who experience click is not the comedy but Whitmer’s life situation. His mother & aunt were in a band, out there on the circuit with dreams of cutting records and making it famous. She died of alcoholism right after declaring Whitmer her ‘golden one’ and he has been living in that trauma and shadow ever since. It doesn’t help that his brother John was the idolized one and that his father bailed on the family at a crucial time. His bit talks about all that, his musical rants scream out his confusion and pain. With all that, you forget that you are supposed to find it all funny. The audience in the space isn’t slapping their knees in riotous laughter. Don’t get me wrong. There are places to laugh here. even if you don’t care for the musical style used here, there is humor there; even if the slightly macabre isn’t comfortable, there is humor there. For me, though, it just wasn’t the strong suit in what is dealt here However, I enjoyed watching.

It is certainly something to find on HBO’s platforms. Come back and let us know if you liked it, whether you laughed or not.