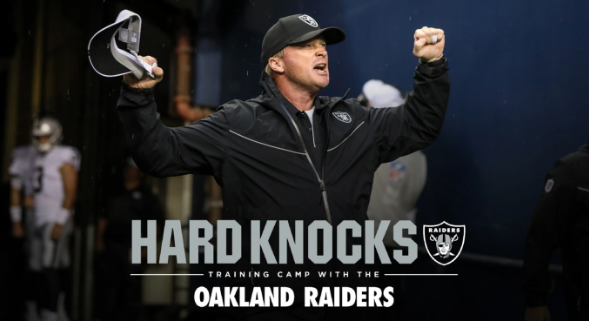 The finale of this season of HBO’s gridiron series begins with a major retirement announcement.  But the retiree never donned the black & silver. Jon Gruden and the coaching staff watch the humbling retirement announcement of Colts Quarterback Andrew Luck. Luck is considered to be one of the best players to have retired while in their prime. Towards the midpoint of this episode, the Raiders management cut many Hard Knocks favorites, which will end some of their careers also before their prime. This is just the nature of the beast, for Jon Gruden’s quote from Episode 1 echoes strongly throughout this season finale: “I am not really into dreams, any more.  I am into making fucking nightmares.”  It is not the intention of Gruden to crush the dreams of these players, but it is his intent to build a franchise that makes nightmares for opposing teams.

It is revealed that Gruden often carpools to training camp with several of the coaching staff. In addition to saving dollars against the high California gas prices (hefty for even high salary earners), the coaches get to have some much need camaraderie before arriving at camp to push their players to their limits.  The current roster is 90 players, and this will be reduced to 53 after the final preseason game. HBO attempts to make its programming as immersive and encompassing as possible, and Hard Knocks is not an exception. However, all of the ‘cinéma vérité’ style of filmmaking that goes into reality programming, cannot capture the thoughts and reasoning of Coach Jon Gruden.  Therefore, when he decides to cut ALL of the most prominently featured free agents and 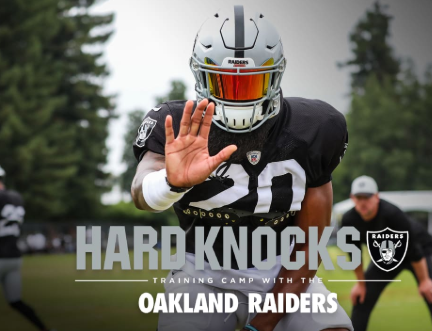 rookies from the roster, we are hit with a twist that is indicative of HBO’s most powerful works of fiction. Two of the cuts seemingly were shoo-ins to remain on the Oakland roster. Keylan Doss, despite being a personal favorite of the players and staff, was released. Doss signed with the Jacksonville Jaguars practice squad, a totally respectable option, but a far cry from being a secondary on the Raiders. Also getting the axe was journeyman tight end Luke Wilson, who is now a free agent. Gruden stated that although these slashed players were inspirational stories within their selves, they were in a tough spot, and simply not the reality that was seen on tape.

The 17-15 loss to the Seattle Seahawks was the most entertaining game of Hard Knocks, despite the Raiders acquiring their first preseason loss. The game showed that the team could hold its composure while under constant pressure. The staff and fans were genuinely proud of their players, with the former group hoping that this focus transcends into the regular season. Antonio Brown’s focus is still a dichotomy of serious business and antics, with his latest run-in being directly with the Raider organization. AB went to social media, letting people cryptically and cheekily know that he was fined $53,000 for missing training sessions.  We all know that the medical issues are not his fault, but the helmet fiasco could have been addressed in a more mature manner.  I understand that no athlete should actually be expected to abide by the public’s moral standards on every issue, but one cannot help but question Antonio Brown’s motivation.  AB has been the only receiver since the Tim Brown era (late 1980s to late 1990s), to have multiple 100 reception seasons with the Raiders.  No doubt the man is a gridiron beast, but how long will the Raiders tolerate such distractions? 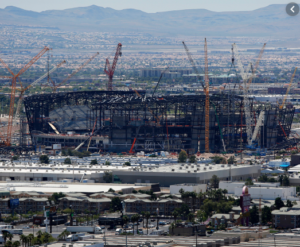 The last five minutes of the programming block was dedicated to the 2020 move to Las Vegas.  The $1.84 billion stadium will hold nearly 70,000 spectators, feature retractable windows, and an enormous torch dedicated to the late great Al Davis, the previous owner of the Raiders franchise. Footage of the construction of Allegiant Stadium was the appropriate sign-off for this season of Hard Knocks.