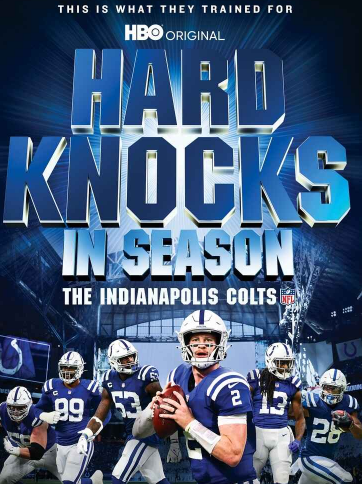 The Indianapolis Colt’s destruction of the Houston Texans keeps their playoff hopes alive and enters the team into their bye-week on a high note. Each NFL team has one “bye week” during a normal season, and the media is sarcastically suggesting that the Colts are on their second bye week, for their easy previous win.  Nevertheless, the first two days of the bye-week consisted of meetings at Grand Park, the Colts training facility.

Head Coach Frank Reich urges his team to enjoy the downtime but stresses the bye-week is an outright vacation. The team is to return fresh, hungry and primed to go 1-0 for the remainder of the football season.   The Colts are to be the team to beat.

Lastly, episode five shares the message of eradicating the stigmas around mental health. Players and staff wear shirts that bear the words “Vulnerability is a Strength”. The camaraderie between players & staff and brief but effective snapshots of their personal lives never feels redundant. HARD KNOCKS IN SEASON returns December 22, 2021 at 10pm.