Here at HBOWatch we value all sorts of opinons.  As fans we don’t just sit back and agree with everything the Home Box Office does!  That’s why we’re proud to let this article stand on our site today when many of the authors and editors on the site may disagree with some of the points made here.  Please do feel free to leave a comment below with your own opinions.

While I know, and fully understand, that this is an HBO fan site, and while I do love almost everything HBO has produced in the last several years, this does not detract from the fact that HBO is not perfect and has done a few things wrong.

Let’s go over a few things, and then let the comments rip! 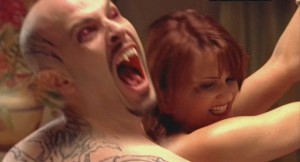 5: True Blood – True Blood is one of HBO’s most successful shows to date, and while I do enjoy the show, it has more than its fair share of flaws. For one, it’s based on a sub-par book series; that’s ok though seeing as after the first season or so it no longer really resembles the books in any way. The show is very campy and over-written.

That is not to say the show is bad…if it was a bad show it would not consistently garner a 4+ rating from Nielsen’s. There are some very interesting characters and story-lines to be sure, but the tediousness of some of the characters has me pleading with the screen to “shoot them and get on with it” (and then NOT turn them into vampires)! 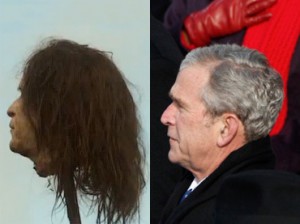 4: Game of Thrones – GoT is arguably the best show on television, so it’s hard to think that HBO is doing ANYTHING wrong with this one, but I am one of those people that can criticize anything…so here I go. Season 1 was outstanding. The show followed the book in a very meaningful and fan satisfying way. The only real issue I had was, due to the loss of the characters point of view narrative, the scenes with Daenerys and Drogo lose almost all of their meaning (well, until the end of show anyway).

Season 2 was slow and failed to capture the events of the second novel almost entirely. Sure, Martin’s writing can be a little dry at times (like books 2, 4 and 5), but with a visual medium I think 80% of that dryness is able to be washed way. The only truly gripping part of season 2’s deviation was the final moments as Sam vainly tries to hide from the White Walkers.

Season 3 has so far been fairly close to books, and has been excellent in nearly every scene.

So…what’s my real beef with the show? The season 1 DVD box release and subsequent pulling form the shelf because of the “Bush head” controversy. I think HBO wussed out on this one, and G.W. missed one last opportunity to connect with “the people”.

HBO stated that the head was not placed on the spike in effigy. Producers David Benioff and DB Weiss provided some insight, “It’s not a choice. It’s not a political statement. We had to use what heads we had around.”

Then the interwebs exploded.  If these guys had never said ““You may not have noticed this, but the last head on the left is George Bush” “George Bush’s head appears in a couple of beheading scenes”, the world would have never known and HBO would never have had to pull the DVD’s and re-edit “the Decider” out of the show.

Personally, I think President Bush should have come out and told people he was honored to be part of the show and then collected some royalties.

3: Game Change – I do not really consider myself a liberal or a conservative. Most of my liberal friends think I am too far to the

right, and all of my right wing friends say I am WAY too liberal.  That said, Game Change is a liberal propaganda piece that gets a bit in its own way.

The movie depicts Vice Presidential candidate Sara Palin as an imbecilic egotist that singlehandedly sinks the Republican campaign. HBO released a statement to the press saying the project “is a balanced portrayal of the McCain/Palin campaign.” And Bill Mahr is a Republican.

While the film was well written, entertaining, and brilliantly cast, a documentary it was not.

I enjoyed the film, but HBO’s mistake was not calling a spade a spade. This movie is about as balanced as “Primary Colors”. 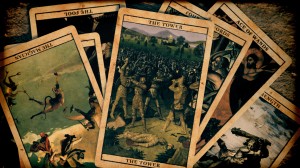 2: Carnivale, Deadwood and Rome – HBO cancelled these shows and kept The Sopranos on life support for 8 years only to end it with what might be the worst TV ending since the dreaded “Dallas dream season”.

The Sopranos was a great show…but 6 seasons in 8 years was really hard to deal with, especially as some really great shows got “whacked” around the same time.

1: Ricky Gervais – I have spent a lot of time watching Ricky Gervais, and I have come to the conclusion that he is a very talented man…but not a particularly funny one. He seems to be fully capable of understanding what is funny, but intentionally waives at funny as it passes him by.

His writing of situational humor is outstanding in many ways. I would put him on par with Stephen Fry, Hugh Laurie and even Rowan Atkinson, but when it comes to the execution, I find his delivery a bit lacking. 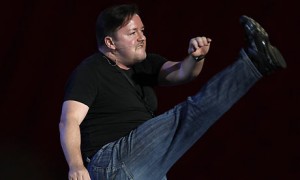 I have not seen most of the 32 episodes of the “Ricky Gervais Show”, but what I have seen has been underwhelming.

His role in “Life’s Too Short” lead to, what seems to be his trademarked “awkward situation humor”, and between his deadpan expressions, Warwick Davis’ blind exuberance and Liam Neeson’s frighteningly funny delivery of “improv comedy”, I really grew to enjoy the show.

Gervais is, without question, a comedy master. He has proven to know what people will laugh at and every time he comes up with some new project I am ready to watch it. I WANT to love Ricky Gervais’ work…but he just makes it so hard.