It looks like HBO’s invasion into professional football training camp could play out into perpetuity. We missed this earlier, but got to tell you now that the NFL

has passed a ruling that forces one franchise per year to participate in HBO’s HARD KNOCKS!

As you may know HBO has a struggle every year to find a pro team willing to deal with the scrutiny the cameras put them under to get the series shot. After a long search the Cincinnati Bengals came back for a second round. The NFL organization now wants to make sure other teams get the exposure as well, whether they want it or not. 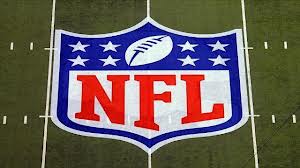 wever, will be exempt in any given year. Teams that have already appeared on HARD KNOCKS, teams that have been in the seasonal playoffs in the past two seasons or teams that have a new head coach are exempt from being on the show.  Teams can, of course, willingly volunteer to participate and let the cameras in. If no one ponies up then the organization will select the team that gets their preseason onscreen.

The NFL and HBO have already signed a continued agreement to see HARD KNOCKS continue. What do you think about the new ruling insisting that teams must participate?