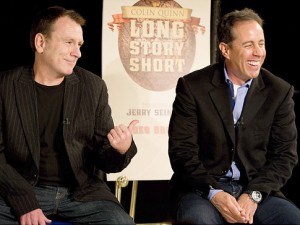 The Jerry Seinfeld-directed 75-minute romp through history at the Helen Hayes Theatre on 44th Street has had its run extended twice since starting out off-Broadway in the summer.

The show — which takes theatergoers on a merry journey from the Greeks and Romans to India, China, Russia, Africa, Europe and, finally, America — is now set to close March 5.