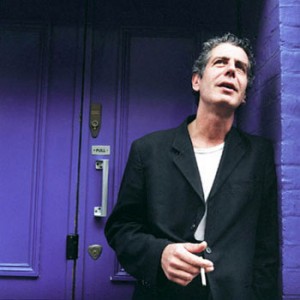 Accomplished author and star of the Travel Channel’s ‘No Reservations‘, Antony Bourdain recieved a tip of the hat from Treme at the end of the show’s inaugural season for contributions to the show’s culinary aspects.  This weekend, NOLA repots that the world traveler will take on an even larger role for the second season. Apparently Bourdain is a huge fan of HBO’s ‘The Wire‘ which was also created by Teme’s David Simon:

“I’ve said many times, and believe it absolutely, that ‘The Wire’ was the single greatest achievement of the television medium.  So when suddenly I get a phone call from David Simon inviting me to lunch and asking me if I’d be interested in working on the show, it really was like being a lifelong Yankees fan and having Joe DiMaggio call up and say, ‘How about we throw the ball around in the back yard.’ It was really that out of the blue, that seismic of an event for me.”

Bourdain will use his culinary connections to help him pen all of the restaurant scenes in Treme, season 2:

“I can tell you that the goodwill toward this show by the chef community is high. Everybody wants to help in any way they can. Chefs love it, and chefs love ‘The Wire.’ They love David Simon, they know his work. Everybody I’ve spoken to is a geeked-out fan.  They really appreciate the musical aspect of the show, the like the Desautel character, they liked the episode last season when (chefs) Tom (Colicchio) and Dave (Chang) and Wylie (Dufresne) and Eric (Ripert) showed up. There’s a lot of inside stuff going on here.”

David Simon also had this to say about his friend and now co-worker, Tony Bourdain:

“The pages are just wonderful,” Simon said. “He understands that world so well.  He just dropped episode eight pages on me yesterday, and they’re just great.”

The second season of Treme begins on HBO on April 24th