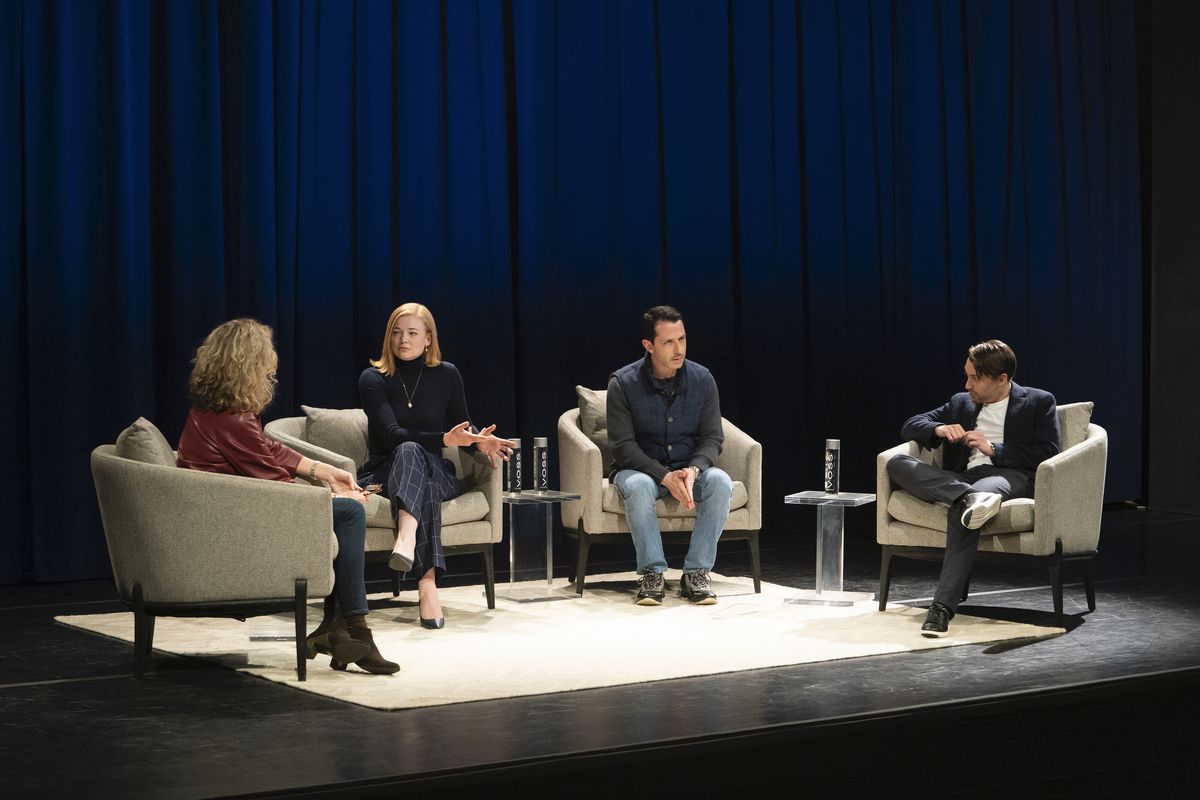 Now past mid-season, the Roy family is eagerly fighting the proxy battle by preparing to purchase another media conglomerate. The only issue is that the deal needs to close fast. The former problems with the cruise line are officially coming back to haunt them via a news story getting ready to break. Left behind to shadow Frank (Peter Friedman) while everyone else goes to a media conference, Shiv (Sarah Snook) is a tad bereft to be foisted off. When she catches wind of the story, she gets in touch with her dad. Eventually, she gets the invite to join but mostly to save the sinking ship.

All three siblings have different ideas on how to handle it. Roman (Keiran Culkin) wants to get back in Logan’s (Brian Cox) good graces after tanking it with the deal. He has the chance to line up a possible investment if the PGM deal can’t be pushed forward. While Shiv might have dropped the following in daddy’s footsteps bomb, Rome makes the point to Gerri (J. Cameron-Smith) that at least on paper at the moment, she’s the follower for the throne and that maybe, just maybe, there could be a dynamic duo possibility. In all odds, that would never work and probably never be approved by the board. But their weird little relationship is truly one of my favorite parts about this show. She really does have his back and as weird and inappropriate as he is, he does genuinely trust her. 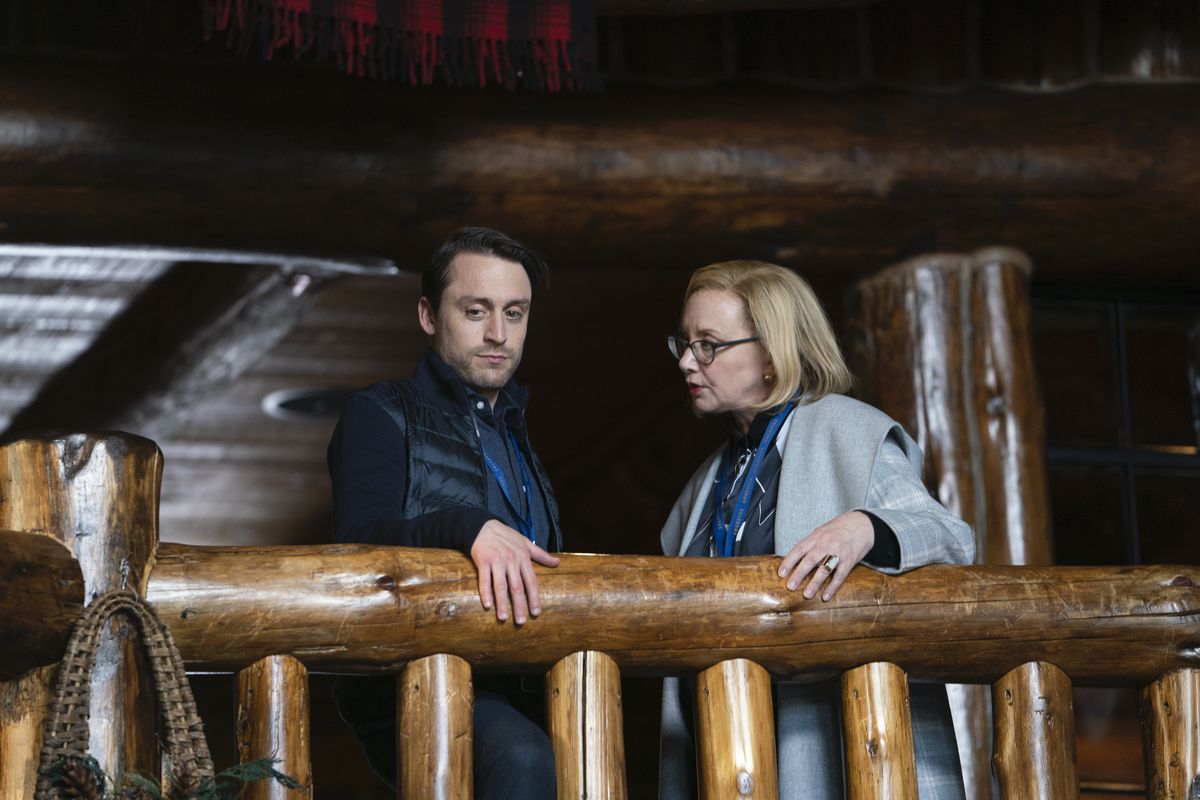 Another one of my favorite moments came from Marcia (Hiam Abbass) who wasn’t treated the best by Logan last episode. But she senses his worry at one point and seeks to reassure him. She knows who he is, a.k.a. she’s pretty sure you’ve crossed some ethical boundaries but she’s with you and she’s in your corner. I mean, sketchy but that’s love. All attempts are made to make the deal work. Shiv steps in and does some “damage control.” I mean, in reality, she fumbled her words and intent a smidge but anyone smart enough to be watching these three siblings address the situation can read that Shiv is getting the keys to kingdom after dad and is the face of the recovery. Unfortunately for Roman, his little crack afterward pushes Logan’s buttons even more. Ouch. Genuinely terrifying family.

And yet, all seemed like it was still possible. Like the deal might be good. What could possibly derail it now? Oh, I don’t know. Just a comedy roast. Seriously? Wow. Nan (Cherry Jones) from Pierce can deal with a lot but also finding out that Rhea (Holly Hunter) was behind the scenes pushing buttons was too much. From Rhea’s perspective, she certainly was thinking in the best interest of PGM because she wanted its continuity. The minute issues having to deal with the Roy family could be managed. This buyout means they can keep going. From Nan’s perspective, meeting behind her back with Logan is too untrustworthy. And just like that, we’re left wondering whatever could be next for Waystar Royco.