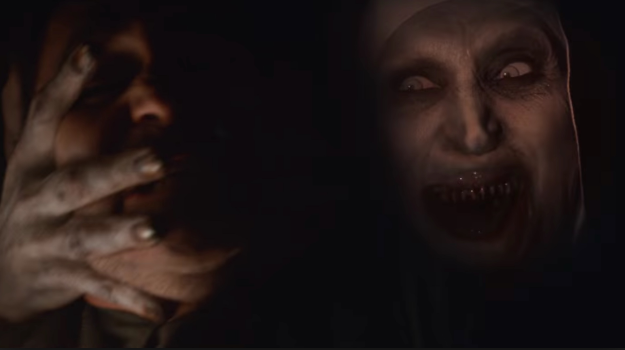 HBOWatch Editors were not able to line-up a writer to review the next chapter in the Conjuring Universe, but that doesn’t mean that we don’t want to draw your attention to it. It is a spin-off of 2016’s The Conjuring 2 and the fifth installment in the franchise. The film stars Demián Bichir, Taissa Farmiga and Jonas Bloquet. The plot follows a Roman Catholic priest and a nun in her novitiate as they uncover an unholy secret in 1952 Romania. Warner Bros. worded their description this way – When a young nun at a cloistered abbey in Romania takes her own life, a priest with a haunted past and a novitiate on the threshold of her final vows are sent by the Vatican to investigate. Together they uncover the order’s unholy secret. Risking not only their lives but their faith and their very souls, they confront a malevolent force in the form of the same demonic nun that first terrorized audiences in ‘The Conjuring 2,’ as the abbey becomes a horrific battleground between the living and the damned.

At least from its trailer, I can tell that location and set decoration set the mood perfectly. And also, quite evident are jump scares and creepy makeup. But is that enough to carry this story over its 1 hour 36 minutes running time? Again, we can’t quite say, but we do know that the box office take for this movie grossed $365 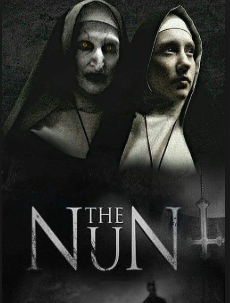 million worldwide, thus becoming the highest-grossing film of the series. But that could just mean that people highly anticipated its theatrical run. Did they walk away satisfied or disappointed?

Well, it seems atmospherics is not enough to make a movie good. Who’d a thought? The San Francisco Chronicle says, “The dazzling effects can’t mask a slow narrative. Also, creaky floors, jump scares – and just about every horror cliche we can think of – can only take the movie so far.” But Three Imaginary Girls (never heard of them either) let us know that “The Nun is dripping with Gothic Horror goodness, doesn’t take itself too seriously, and watching it feels *almost* like you’re watching a classic Hammer Horror flick.” So, loyal fans of the Conjuring tales, this one is not to be missed but it is not a solid horror fright from start to end. 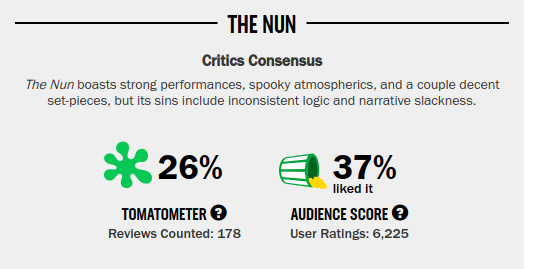