Unfortunately, nobody was able to review this movie but that doesn’t mean we don’t want to draw your attention to it. Check this out –

Bob Odenkirk an action star, when did that happen? A funnyman to be sure with Better Call Saul and HBO appearances on MR. SHOW, ENTOURAGE, CURB YOUR ENTHUSIASM and THE LARRY SANDERS SHOW, but action star? Well, the proof is in NOBODY, which debuted as the HBO Saturday night movie on January, 22 at 8:00pm ET.

NOBODY 2021is an action yarn directed by Ilya Naishuller and written by Derek Kolstad. The film also stars Connie Nielsen, RZA, Christopher Lloyd, and Aleksey Serebryakov, and follows a bored family man taken to action. Hutch Mansell is a nobody. As an overlooked and underestimated father and husband, 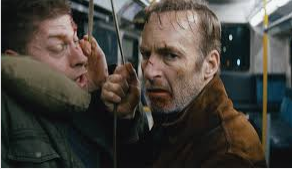 he takes life’s indignities on the chin and never rocks the boat. But when his daughter loses her beloved kittycat bracelet in a robbery, Hutch hits a boiling point no one knew he had. What happens when a pushover finally pushes back? Hutch flips from regular dad to fearless fighter by taking his enemies on a wild ride of explosive revenge. The writer of the John Wick franchise showcases Odenkirk as fans have never seen him before.

The question is does it work; is he believable? Some critics seem to think so. The Hollywood Reporter printed, “Taking itself much less seriously than the Taken series and its predecessors, it’s a wish-fulfillment romp just as ludicrous as any of them but more fun than most.” The Chicago Sun-Times stated[he] “looks and sounds nothing like an action star until it’s time for Hutch to become an action star, and we totally believe this physically unimpressive, normally mild-mannered guy as a simmering cauldron of rage who could take that teapot over there and kill ya with it.” 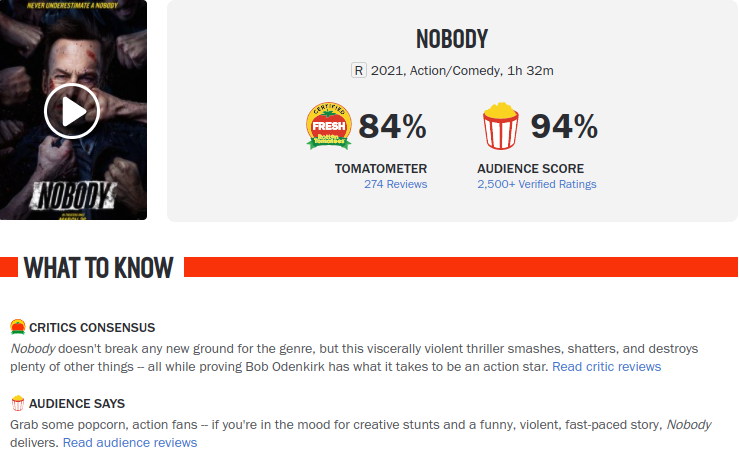 So, you can witness Odenkirk for yourself as he bruises up nicely all the while busting faces and taking no prisoners as NOBODY. Here a some channel listings plus find it online at HBO & HBO Max.